Some interesting comments came in response to a recent post (Inside the Snowflake Academy) on postmodern attitudes regarding science and truth. Geoff Chambers gave some perspectives on European socialism. Caleb provided an interesting analogy to China’s cultural revolution and aftermath. Caleb:

The Evergreen craziness reminds me a lot of China’s “Cultural Revolution.” The Chinese teachers failed to understand that they themselves would be the target, if they taught students to reject “tradition”, for all the knowledge of the past can be seen as a “tradition”, and that makes teachers and textbooks “counter revolutionary.” In the end the madness resulted in not one teacher being made into a scapegoat, but nearly every teacher China had. China was reduced to a state of ignorance and poverty, and the only way back was to copy the west. They “stole our secrets”, but the joke is that most of what they copied was never a secret. It simply was Truth, which they had deemed “counter revolutionary.”

That use of the term “tradition” prompts this post inspired by another insightful article, Evergreen State and the Battle for Modernity By Michael Aaron. After providing samples of the conflict playing out at Evergreen State College, Aaron puts the event in context in the excerpts below.

It is this dichotomy between postmodern and modern that is the most important takeaway from this entire affair. In many ways, the old left/right dichotomy no longer applies. Instead we are faced with a three-part distinction between postmodern/modern/traditional. Let’s take a look at each of these in turn, and discuss why they are particularly important today.

Starting with the most right-leaning, the traditionalists. These folks do not like the direction in which modernity is headed, and so are looking to go back to an earlier time when they believe society was better. They may disagree with same-sex marriage, label sexual promiscuity as “deviance,” and feel threatened by racial and demographic changes in Western society. These folks include typical status-quo conservatives, Evangelical Christians as well as more nefarious types such as white nationalists and the “alt right”. Even though there is much furor in the media about the threat that these groups represent, I would argue that they have largely been pushed to the fringes in terms of their social influence, not withstanding the election of Trump who was actually opposed by many traditionalists such as the Never Trumpers.

Indeed, it is between the modernists and postmodernists where the future of society is being fought. Modernists are those who believe in human progress within a classical Western tradition. They believe that the world can continuously be improved through science, technology, and rationality. Unlike traditionalists, they seek progress rather than reversal, but what they share in common is an interest in preserving the basic structures of Western society. Most modernists could be classified as centrists (either left or right-leaning), classical liberals and libertarians.

Postmodernists, on the other hand, eschew any notion of objectivity, perceiving knowledge as a construct of power differentials rather than anything that could possibly be mutually agreed upon. Informed by such thinkers as Foucault and Derrida, science therefore becomes an instrument of Western oppression; indeed, all discourse is a power struggle between oppressors and oppressed. In this scheme, there is no Western civilization to preserve—as the more powerful force in the world, it automatically takes on the role of oppressor and therefore any form of equity must consequently then involve the overthrow of Western “hegemony.” These folks form the current Far Left, including those who would be described as communists, socialists, anarchists, Antifa, as well as social justice warriors (SJWs). These are all very different groups, but they all share a postmodernist ethos.

All of this matters because, whether people are overtly aware of it or not, their beliefs and actions are implicitly guided by one of these three world-views. A person may have never attended an Ivy League gender studies class, but if they belong to and agree with the ideas of a typical urban, liberal, hipster milieu, they are very likely subscribing to a postmodernist ideology, even if they’ve never cracked open Lyotard. (my bold)

Much of the confusion between liberal and centrist groups comes down to this modern/postmodernist distinction. As another example, since modernists believe in science and its utility, they are aware that obese individuals are at higher health risks. For postmodernists, however, the concept of health is just another oppressive force of Western colonial hegemony (since objective truth doesn’t exist and is merely manufactured as a tool of oppression), and so an entire cadre of “fat” activists mobilize themselves on social media, emboldened with postmodern concepts. Modernists recognize that nobody should be shamed or discriminated against for their appearance and believe that everyone has the right to make their own lifestyle choices, but are also concerned that distributing scientifically inaccurate information about health poses considerable risk to those who might believe it.

In the end, the Weinstein/Evergreen State affair poses a significant crossroads to modern society, extending well beyond the conflict occurring on campus. Evergreen State represents the natural culmination of postmodern thought—roving mobs attempting to silence dissenting thought merely based on race, informed by far left theories that weaponize a victim status drawn solely from immutable, innate traits. Unfortunately, I cannot place full blame on the students either, as they have been indoctrinated with these ideas on the very campus that is now serving as the petri dish for applied postmodernism. (my bold)

It is no coincidence that, while society outside the walls of campus looks on with disbelief, administrators to this point have been siding with the students. For if they were to repudiate the actions of the students, they would also need to repudiate the ideology with which they have been brainwashing them. In other words, taking a stand against the students would require administrators and professors to re-evaluate the meaning and value of the entire raison d’etre of their adult professional careers. Holding on to madness is a way of forestalling dealing with the grief that comes with the realization that one’s higher purpose has been a fraud. I am not sure of the final outcome, as this kind of process is long, difficult, and very, very painful. (my bold)

But this internal struggle serves as a microcosm for the larger battle occurring in society between the ideas behind modernism and postmodernism. And the stakes are extremely high. As Weinstein articulated in his Rogan appearance, “Let’s put it this way, I believe at the moment coalitions are unholy alliances between two things. In this case you have the real equity movement, which are people who wish to end oppression, and then you have another movement that wishes to reverse oppression, and they don’t know that they are different because until you reach equity, they are pointing in the same direction.” For the sake of basic humanity and decency, let’s all hope that the Evergreen State affair has finally exposed this vital distinction. 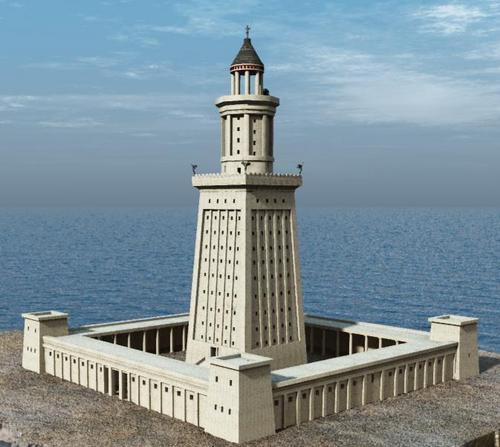 I appreciate that Aaron acknowledges the third faction of traditionalists that have been shunted to the sidelines. I think he is missing the fact that recently the “silent majority” is finding its voice: Many of them supported Trump (way more than were Never Trumpers, who were mostly apparatchiks); and it was trads voting for Le Pen in France, and making the difference in the Brexit vote. Now that it is no longer taboo to speak of Islamic terrorism, trads will feel even more emboldened.

Aaron is correct that among intellectuals, the battle is between moderns and postmoderns, but I think he needs to look beyond the ivory tower.

In a column a few weeks ago, I offered a “confession of liberal intolerance,” criticizing my fellow progressives for promoting all kinds of diversity on campuses — except ideological. I argued that universities risk becoming liberal echo chambers and hostile environments for conservatives, and especially for evangelical Christians.

As I see it, we are hypocritical: We welcome people who don’t look like us, as long as they think like us.