Paul Driessen and David Legates write at the Hill about what we are learning from coronavirus epidemic models, and why we should remain skeptical about forecasts from climate models. His article is Fauci-Birx Climate Models? Excerpts in italics with my bolds and images.

President Trump and his Coronavirus Task Force presented some frightening numbers during their March 31 White House briefing. Based on now two-week-old data and models, as many as 100,000 Americans at the models’ low end, to 2.2 million at their high end, could die from the fast-spreading virus, they said.

However, the president, vice president, and Drs. Anthony Fauci and Deborah Birx hastened to add that those high-end numbers are based on computer models. And they are “unlikely” if Americans keep doing what they are doing now to contain, mitigate and treat the virus. Although that worst-case scenario “is possible,” it is “unlikely if we do the kinds of things that we’re essentially outlining right now.”

On March 31, Dr. Fauci said, the computer models were saying that, even with full mitigation, it is “likely” that America could still suffer at least 100,000 deaths. But he then added a very important point:

“The question is, are the models really telling us what’s going on? When someone creates a model, they put in various assumptions. And the models are only as good and as accurate as the assumptions you put into them. As we get more data, as the weeks go by, that might change. We feed the data back into the models and relook at the models.”

The data can change the assumptions – and thus the models’ forecasts.

“If we have more data like the NY-NJ metro area, the numbers could go up,” Dr. Birx added. But if the numbers coming in are more like Washington or California, which reacted early and kept their infection and death rates down – then the models would likely show lower numbers. “We’re trying to prevent that logarithmic increase in New Orleans and Detroit and Chicago – trying to make sure those cities work more like California than like the New York metro area.” That seems to be happening, for the most part.

If death rates from corona are misattributed or inflated, if other model assumptions should now change, if azithromycin, hydroxychloroquine and other treatments, and people’s immunities are reducing infections – then business shutdowns and stay-home orders could (and should) end earlier, and we can go back to work and life, rebuild America and the world’s economies …

In other words, numerous deaths because of actions taken to prevent infections and deaths from COVID-19.

It is vital that they recheck the models and assumptions – and distinguish between COVID-19 deaths actually due to the virus … and not just associated with or compounded by it, but primarily due to age, obesity, pneumonia or other issues. We can’t afford a cure that’s worse than the disease – or a prolonged and deadly national economic shutdown that could have been shortened by updated and corrected models.

Now just imagine: What if we could have that same honest, science-based approach to climate models?

What if the White House, EPA, Congress, UN, EU and IPCC acknowledged that climate models are only as good and as accurate as the assumptions built into them? What if – as the months and years went by and we got more real-world temperature, sea level and extreme weather data – we used that information to honestly refine the models? Would the assumptions and therefore the forecasts change dramatically?

What if we use real science to help us understand Earth’s changing climate and weather? And base energy and other policies on real science that honestly examines manmade and natural influences on climate?

Many climate modelers claim we face existential manmade climate cataclysms caused by our use of fossil fuels. They use models to justify calls to banish fossil fuels that provide 80% of US and global energy; close down countless industries, companies and jobs; totally upend our economy; give trillions of dollars in subsidies to fossil fuel replacement companies; and drastically curtail our travel and lifestyles.

Shouldn’t we demand that these models be verified against real-world evidence?

Natural forces have caused climate changes and extreme weather events throughout history. What proof is there that what we see today is due to fossil fuel emissions, and not to those same natural forces? We certainly don’t want energy “solutions” that don’t work and are far worse than the supposed manmade climate and weather ‘virus.’

And we have the climate data. We’ve got years of data. The data show the models don’t match reality.

Model-predicted temperatures are more than 0.5 degrees F above actual satellite-measured average global temperatures – and “highest ever” records are mere hundredths of a degree above previous records from 50 to 80 years ago. Actual hurricane, tornado, sea level, flood, drought, and other historic records show no unprecedented trends or changes, no looming crisis, no evidence that humans have replaced the powerful natural forces that have always driven climate and weather in the real world outside the modelers’ labs.

Real science – and real scientists – seek to understand natural phenomena and processes. They pose hypotheses that they think best explain what they have witnessed, then test them against actual evidence, observations and data. If the hypotheses (and predictions based on them) are borne out by their subsequent observations or findings, the hypotheses become theories, rules or laws of nature – at least until someone finds new evidence that pokes holes in their assessments, or devises better explanations.

Real scientists often employ computers to analyze data more quickly and accurately, depict or model complex natural systems, or forecast future events or conditions. But they test their models against real-world evidence. If the models, observations and predictions don’t match up, real scientists modify or discard the models, and the hypotheses behind them. They engage in robust discussion and debate.

They don’t alter or “homogenize” raw or historic data to make it look like the models actually work. They don’t tweak their models after comparing predictions to actual subsequent observations, to make it look like the models “got it right.” They don’t “lose” or hide data and computer codes, restrict peer review to closed circles of like-minded colleagues who protect one another’s reputations and funding, claim “the debate is over,” or try to silence anyone who asks inconvenient questions or criticizes their claims or models. Climate modelers have done all of this – and more. 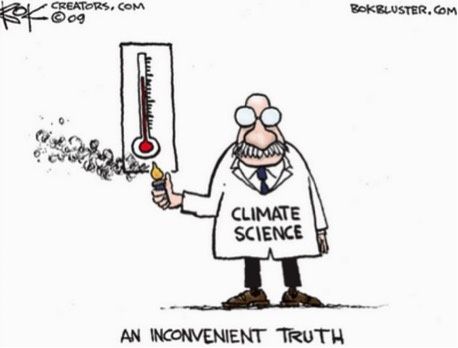 Climate models have always overstated the warming. But even though modelers have admitted that their models are “tuned” – revised after the fact to make it look like they predicted temperatures accurately – the modelers have made no attempt to change the climate sensitivity to match reality. Why not?

They know disaster scenarios sell. Disaster forecasts keep them employed, swimming in research money – and empowered to tell legislators and regulators that humanity must we take immediate, draconian action to eliminate all fossil fuel use – the economic, human and environmental consequences be damned. And they probably will never admit their mistakes or duplicity, much less be held accountable.

“Wash your hands! You could save millions of lives!” has far more impact than “You could save your own life, your kids’ lives, dozens of lives.” When it comes to climate change, you’re saving the planet.

With ‘Mann-made’ climate change, we are always shown the worst-case scenario: RCP 8.5, the “business-as-usual” … ten times more coal use in 2100 than now … “total disaster.” Alarmist climatologists know their scenario has maybe a 0.1 percent likelihood, and assumes no new energy technologies over the next 80 years. But energy technologies have evolved incredibly over the last 80 years – since 1940, the onset of World War II! Who could possibly think technologies won’t change at least as much going forward?

Disaster scenarios are promoted because most people don’t know any better – and voters and citizens won’t accept extreme measures and sacrifices unless they are presented with extreme disaster scenarios.

The Fauci-Birx team has been feeding updated data into their models, and forecasts for infections and deaths from the ChiCom-WHO coronavirus are going down. They team is doing data-based science. Let’s start demanding a similarly honest, factual, evidence-based approach to climate models and “dangerous manmade climate change.” Our energy, economy, livelihoods, lives and liberties depend on it.

Paul Driessen is senior policy analyst for the Committee For A Constructive Tomorrow (www.CFACT.org) and author of books and articles on energy, environment, climate and human rights issues. David R. Legates is a Professor of Climatology at the University of Delaware. 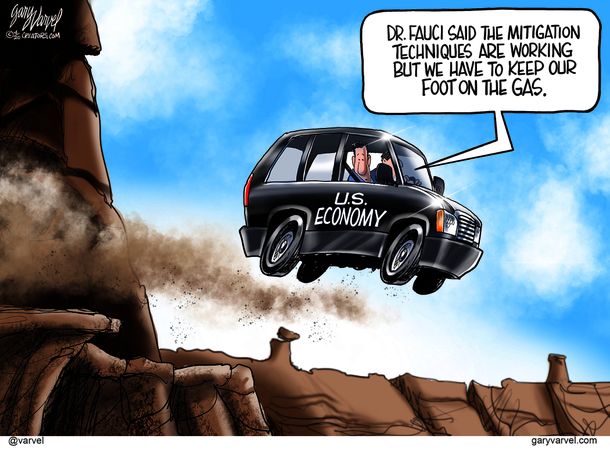