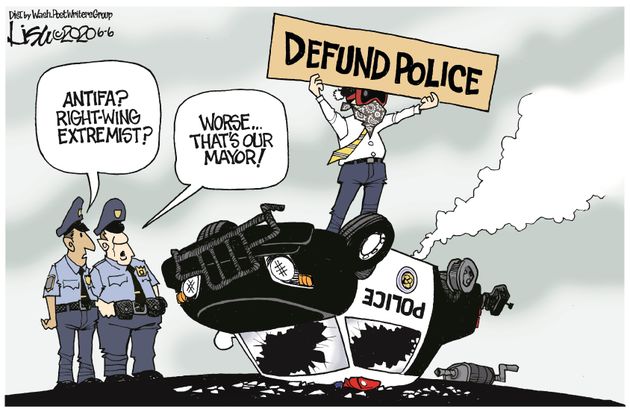 In the past era of honest mass media, journalists took seriously their responsibility to not only report news but to place events in an historical context.  When the reporting is limited to a few facts, the audience becomes trapped in the writers’ narrative, lacking the big picture to interpret for themselves the meaning and implications of happenings.  Perpetrating a myopic view of situations gives rise to criticisms of media bias and “fake news.”

The most recent example is the uprisings in US cities since the death of George Floyd.  Kurt Schlichter provides the bigger picture in his insightful assessment of the BLM-led protests in US city streets in his Townhall article This Leftist Tantrum Is an Information Operation and Trump Is Winning It. Excerpts in italics with my bolds

It’s certainly frustrating to watch a pack of reeking leftist scumbags declare a portion of an American city an “autonomous zone” – what is it with Democrats and their secession fetish? – but do not get frustrated because Donald Trump has not sent the 101st Airborne in to powerwash the human grunge from Seattle’s feces-bedecked streets.

That’s what the Democrats want. And Trump – a better strategic thinker than all the media geniuses, hack politicians, and Afghan War-losing generals who cry about him – is not only not going to give them the victory they crave. He’s going to jam their cheesy plan down their throats.

The libs’ plan to win in November corresponds to Trump’s plan to crush them yet again. Skeptical? Consider this. In the five years since he rode down that escalator bringin’ hell with him, how many times have they come at Trump and won? Zero. He’s spent half a decade on the edge of doom and he’s still here. Why would you think that the walls are suddenly closing in now? You shouldn’t. 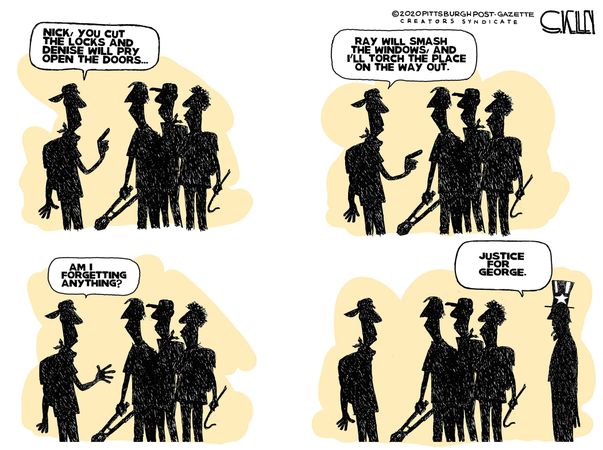 Let’s understand the strategic scenario. The long-term strategic objective of the leftists is to turn the United States into Venezuela, and they want to be Maduro. The major strategic objective that will put them in position to do so is victory in the November elections. Everything happening right now is part of their overall strategy to achieve that objective. But what kind of operation are they using to achieve that objective? There are two types of operations relevant here – kinetic and information. A kinetic operation is actual warfare. It’s violence designed to defeat the enemy and cause his surrender by either physically destroying him or occupying his territory and compelling surrender. An information operation is designed to affect the perceptions, and thereby the actions, of the target.

Elections are usually information operations. They attempt to build a narrative and play on perceptions and cause the target to take the action that will lead to victory. That is, get the target (the electorate) vote for the candidate the info operator wants elected.

Okay, so what is the 2020 elections, with the rioting, vandalism, violence and occupations?

This still an information operation, not a kinetic one. 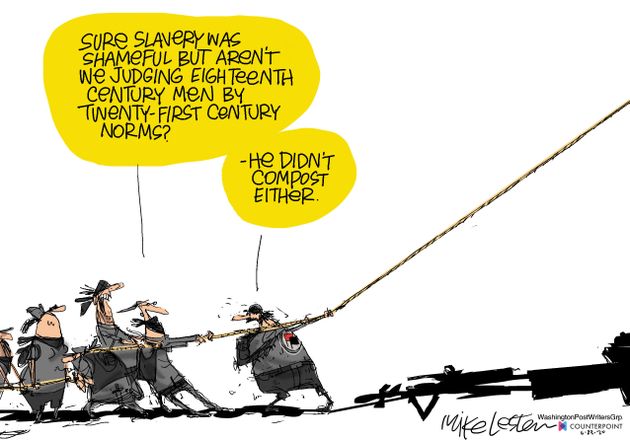 They want to convince us we are powerless, that everyone else supports their commie agenda, that we cannot win. Their tactics are designed to create that impression and crush our morale. These include the 24/7 media hype, the outright media lies, the movie stars with their dumb PSAs, the staged statue attacks, the corporate solidarity proclamations, the social media cancellations, and the craven kneeling by people who are supposed to stand up for us. But another tactic, familiar to any student of insurgencies, is to provoke an overreaction by those in power in order to undermine its moral authority. They want is to make us (including the president) think this is a kinetic operation, and get our side to make fundamental strategic errors by failing to recognize the true nature of the threat. They hope that such a mismatch between perception and reality will then lead to gravely damaging blunders. One of those would be Trump succumbing to his legit frustration and sending in a bunch of federal troops to crack skulls in Seattle.

Defining this insurgency as a kinetic operation supports the leftists’ information operation goal of making Americans perceive the situation as out of control, of there being chaos, and of making the election of Grandpa Badfinger being the only thing that will resolve the situation. But there is no kinetic situation to resolve – at least none that is strategically significant in a kinetic sense. Despite the hype, the protests may have involved a peak of 2 million people across the country – out of 330 million. That’s nothing kinetically; it’s significant informationally because it is pushed by so many cultural influencers. The scurvy scumbags of Antifa hold essentially no ground except the turf they are physically standing on at the moment, and that is minuscule. Even the hilarious Road Warrior Republic of Seattle is not even a rounding error of a rounding error in terms of US territory. It’s significant only in the context of an information operation.

Many of us cons are furious that Trump is “doing nothing.” This is the wrong thing to think. Trump is only doing nothing if this is a kinetic operation; because this is an information operation, not going kinetic (sending in the troops) is doing something. And in fact, Trump is employing the law enforcement component of his kinetic assets by having the feds wait and arrest Antifa types after the protests end, and hitting them with hardcore federal rioting-related charges. Previously, they would get ticketed and released; now, looking at a five-to-ten stretch, the lawyers their daddies hired to get these sunshine anarchists out of their beefs are going to be advising them to roll over so they can start back up at Cornell in September and not at Leavenworth. 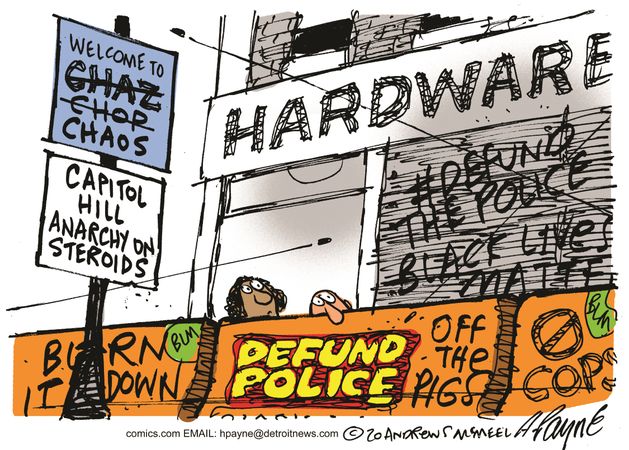 Understand that the leftist establishment would like nothing better than for Trump to go kinetic. That’s why it is baiting him, and hoping that those of us who are sick of these Lil’ Red Guards will pressure him into dropping in the paratroopers to bust some heads and – oh please, oh please, oh please – get caught on video Kent Stating up a batch of fresh new martyrs. Trump’s too smart for that, and frankly the establishment is too dumb and undisciplined to carry it out. The media shot its wad on the hyperbolic reaction to clearing out the park in front of the White House, demonstrating that even the most gentle and restrained of kinetic actions was going to get transmogrified into Hitler’s blitz across the Low Countries. And those generals screwed-up too, bad. They should have waited to wring their hands over Trump’s violent and dangerous employment of the military until he actually violently and dangerously employed the military. A bunch of allegedly (but not actually) neutral and nonpartisan military figures with heaps of establishment street cred coming down on POTUS in the wake of a bloodbath could have had a devastating political effect, but they pulled the trigger too early. Mattis and Milley and the rest of the medal men we’re supposed to think are superb strategic operators, but who still haven’t won the war against a pack of turbaned banditos after about 20 years, screwed-up yet again. They were supposed to deliver an info op kill shot to define Trump to the masses as a bloody tyrant and instead got just one news cycle of play with the Twitter blue checks. The only casualty was not Trump’s rep, but their own credibility with anyone outside of the Beltway. 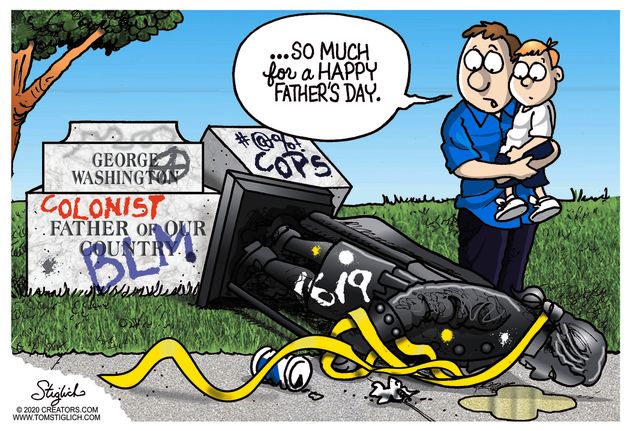 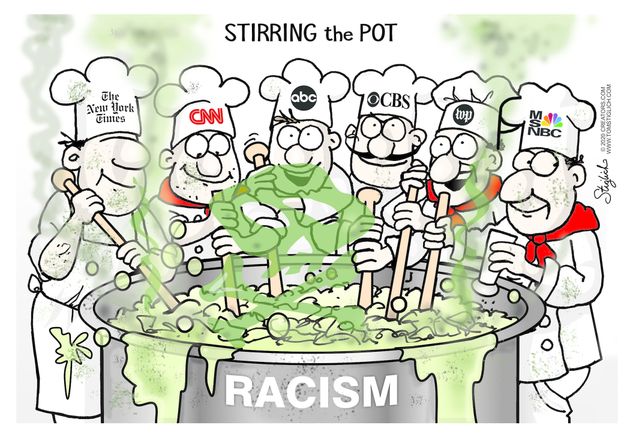 Do you think this is all helping the Dems? If you do, stop watching MSNBCNN. Except among Hollywood jerks, urban hipsters and whiny woke wine women from Westchester, the attack on order means “Advantage: Trump.” You can see the results if you look behind the media curtain. Remember how the media had a collective panty-wetting over the meaningless Georgia primary and the GOP’s alleged voter suppression? Did you wonder why the media felt it was such a big deal? The answer is in the actual results, which you did not hear about if you listen to the garbage mainstream media. Trump, who had the nomination sewn up, crushed Biden and the rest of the Dems combined in votes. Wait, didn’t all the smart people tell us that Georgia, under the carb-curious leadership of Governor Stacy Abrams, was turning blue?

Trump is winning this information battle. Conservative Americans – and moderate Americans who want law and order – can’t wait to vote against defunding the police, rioting and appeasement. The Silent Majority is being roused again. 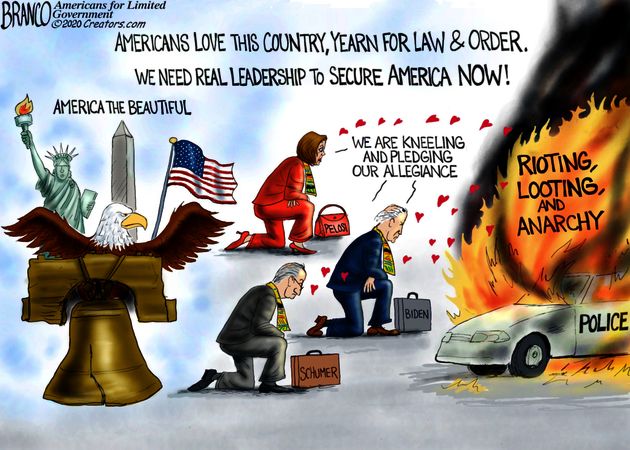