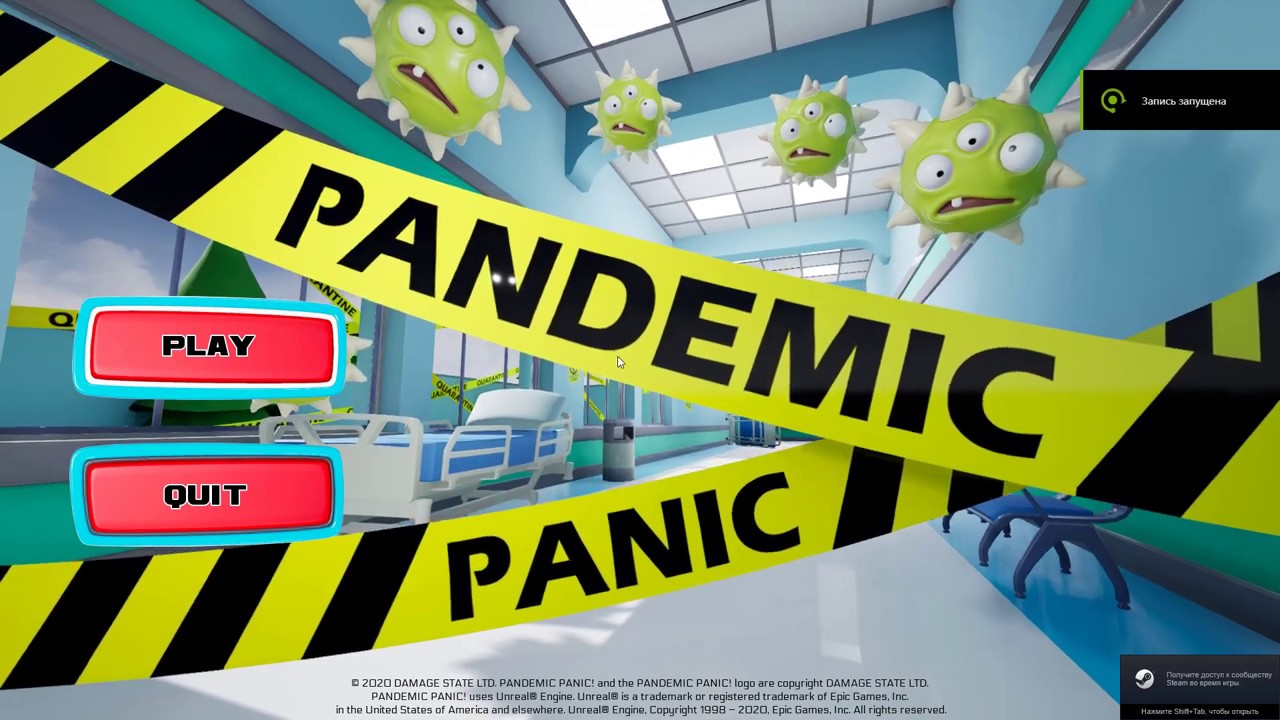 Pandemic Panic: Play or Quit? Only a skeptic gives you a choice.

Peter St. Onge writes at Mises Wire The COVID-19 Panic Shows Us Why Science Needs Skeptics Excerpts in italics with my bolds and images.

The dumpster fire of COVID predictions has shown exactly why it’s important to sustain and nurture skeptics, lest we blunder into scientific monoculture and groupthink. And yet the explosion of “cancel culture” intolerance of any opinion that doesn’t fit a shrinking “3 x 5 card” of right-think risks destroying the very tolerance and science that sustains our civilization.

Since World War II, America has suffered two respiratory pandemics comparable to COVID-19: the 1958 “Asian flu,” then the 1969 “Hong Kong flu.” In neither case did we shut down the economy—people were simply more careful. Not all that careful, of course—Jimi Hendrix was playing at Woodstock in the middle of the 1969 pandemic, and social distancing wasn’t really a thing in the “Summer of Love.”

And yet COVID-19 was very different thanks to a single “buggy mess” of a computer prediction from one Neil Ferguson, a British epidemiologist given to hysterical overestimates of deaths, from mad cow to bird flu to H1N1.

For COVID-19, Ferguson predicted 3 million deaths in America unless we basically shut down the economy. Panicked policymakers took his prediction as gospel, dressed as it was in the cloak of science.

Now, long after governments plunged half the world into a Great Depression, those panicked revisions are being quietly revised down by an order of magnitude, now suggesting a final tally comparable to 1958 and 1969.

COVID-19 would have been a deadly pandemic with or without Ferguson’s fantasies, but had we known the true scale and parameters of the threat we might have chosen better tailored means to both safeguard the elderly and at-risk, while sustaining the wider economy. After all, economists have long known that mass unemployment and widespread bankruptcies carry enormous health consequences that are very real to the victims suffering drained life savings, ruined businesses, broken families, widespread mental and physical health deterioration, even suicide. Decisions involve tradeoffs. 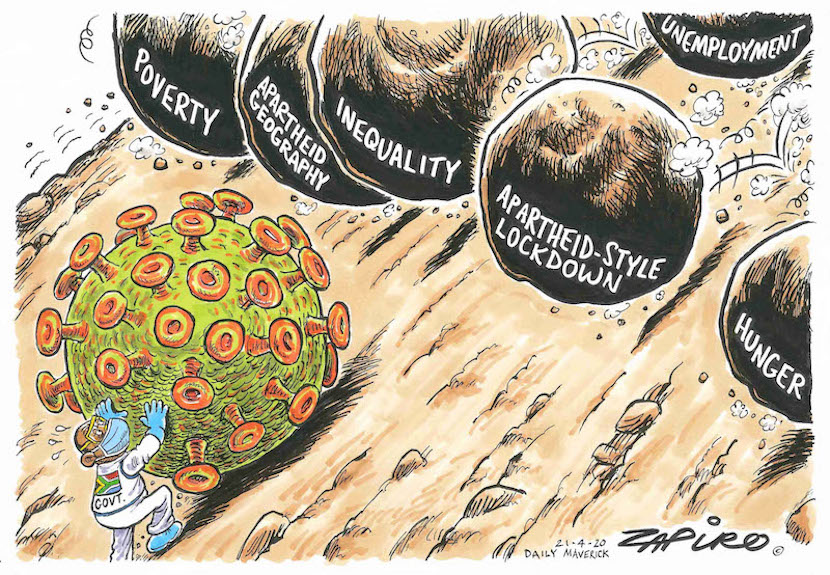 COVID-19 has illustrated the importance of free and robust inquiry. After all, panicked politicians facing media accusations of “killing grandma” aren’t in a very good position to evaluate these tradeoffs, and they need intellectual ammunition. Not only to show them which path is best, but to bolster them when a left-wing media establishment attacks.

Moreover, voters need this ammunition so they can actually tell the politicians what to do. This means two things: debate that is transparent, and debate that is tolerant of skeptics.

Transparency means data and computer code open to public scrutiny as the minimum requirement for any study that is used to justify policy, from lockdowns to carbon taxes to whatever comes next. These studies must be based on verifiable facts, code that does what it says it does, and the ensuing decision-making process must be transparent and open to the public.

One former Indian bureaucrat put it well: “Emergency situations like this pandemic should require a far higher—and not lower—level of scrutiny,” since policy choices have such tremendous impact. “This suggests a need for democracies to strengthen their critical thinking capacity by creating an independent ‘Black Hat’ institution whose purpose would be to question any technical foundations of government decisions.”

Even more important than transparency, debate must be tolerant of alternative opinions. This means ideas that are wrong, offensive, even dangerous, have to be tolerated, even celebrated. By all means, refute them—most alternative hypotheses are completely wrong, so it shouldn’t be hard to simply refute them without censorship. This, after all, is the essence of science—to generate hypotheses testable by anybody, not just licensed “experts.”

Whether we are faced with a new crisis, a new policy innovation, or simply designing a better mousetrap, groupthink and censorship are recipes for disaster and stagnation, while transparency and tolerance of new ideas are the very essence of progress. Indeed, it is largely this scientific tolerance that allowed us to rise up from the long, brutal darkness of poverty.

As Francis Bacon observed three hundred years ago, innovation and new knowledge do not come from prestigious “learned” insiders, rather progress comes from the questioner, the tinkerer, the skeptic.

Indeed, every major scientific advance challenged the “settled science” of its day, and was often denounced as pernicious and false, even dangerous. The modern blood transfusion, for example, was developed in the late 1600s, then banned for nearly a century by a hostile medical establishment, “canceling” tens of millions of lives at the altar of groupthink and hostility to skeptics.

It’s comforting to know that our problems are old ones, and also encouraging that our solution is both time-tested and simple: transparency and tolerance. After all, the very reason our culture elevates science is because it is built on a millennia-long evolutionary “battle of ideas” in which theories are constantly tested and retested in a delightfully endless search for ever better understanding.

This implies there is no such thing as “settled science”—the phrase itself is contrary to the scientific method. In reality, science is not some billion-dollar gleaming palace in Bethesda, rather it’s a gnarled mutant sewer rat that takes all comers because it’s been burned, cut, run over, crushed, run through the wood chipper, and survived. That ugly beast is our salvation, not the gleaming palace where we bow down to whichever random guy has the biggest degree in the room.

Only with free inquiry for the most unpopular, offensive, dangerous, and, yes, wrong ideas imaginable does that power sustain. And if we break that, we can expect a series of rapid catastrophes that, like failed golden ages of the past, return us to the nasty, brutish, and very short lives that have been humanity’s norm.

Whether pandemic, climate change, “institutional racism,” or whatever new crisis they conjure next, we have a fundamental right to tenaciously defend the transparency and tolerance that constitutes science itself so that it remains among humanity’s crowning achievements, and so that we preserve this golden age that would astound our ancestors. 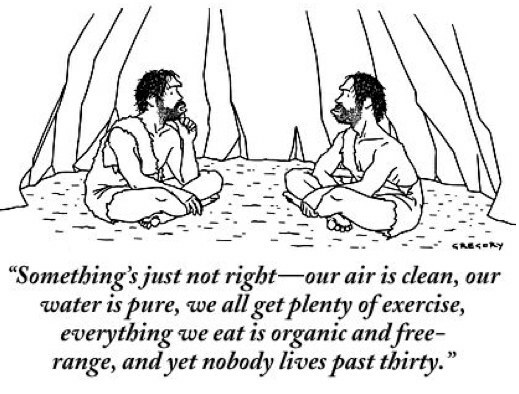