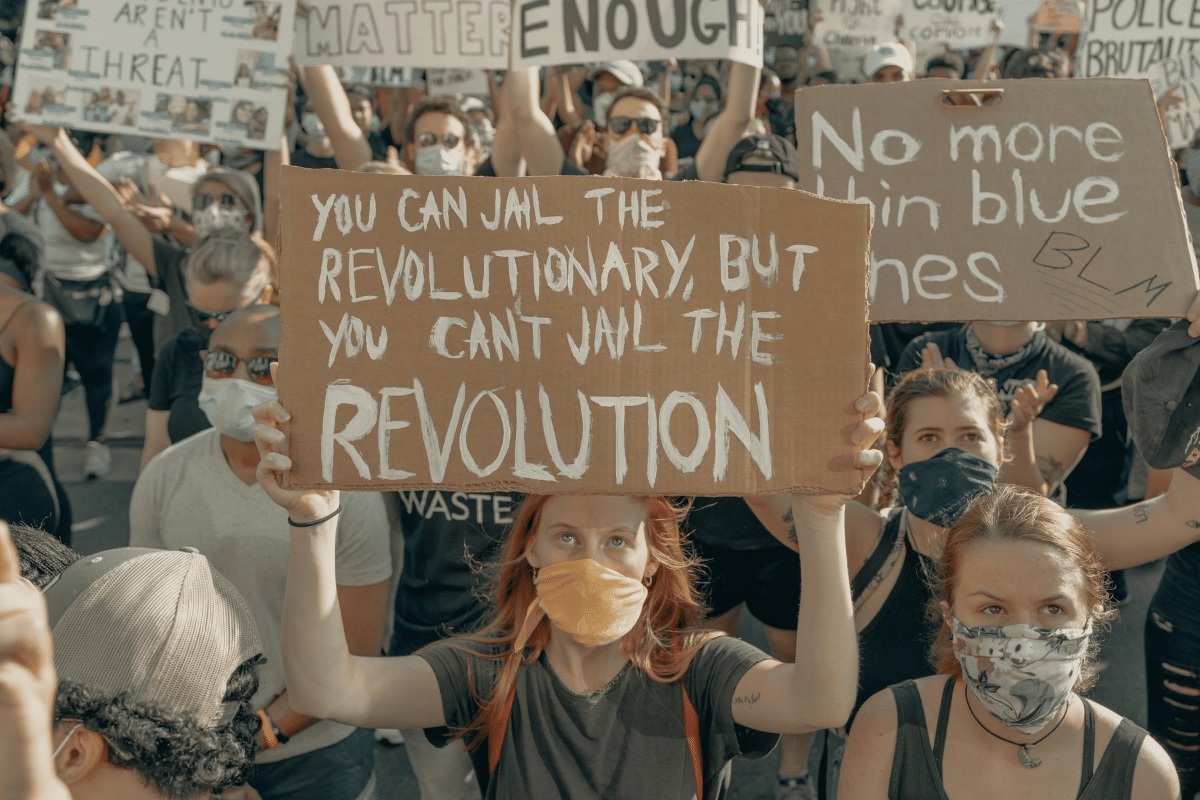 Yoram Hazony explains the dire situation in USA, with global implications in his essay The Challenge of Marxism at The Quillette.  Excerpts in italics with my bolds.

We don’t know what will happen for certain. But based on the experience of recent years, we can venture a pretty good guess. Institutional liberalism lacks the resources to contend with this threat. Liberalism is being expelled from its former strongholds, and the hegemony of liberal ideas, as we have known it since the 1960s, will end. Anti-Marxist liberals are about to find themselves in much the same situation that has characterized conservatives, nationalists, and Christians for some time now: They are about to find themselves in the opposition.

This means that some brave liberals will soon be waging war on the very institutions they so recently controlled. They will try to build up alternative educational and media platforms in the shadow of the prestigious, wealthy, powerful institutions they have lost. Meanwhile, others will continue to work in the mainstream media, universities, tech companies, philanthropies, and government bureaucracy, learning to keep their liberalism to themselves and to let their colleagues believe that they too are Marxists—just as many conservatives learned long ago how to keep their conservatism to themselves and let their colleagues believe they are liberals.

This is the new reality that is emerging. There is blood in the water and the new Marxists will not rest content with their recent victories. In America, they will press their advantage and try to seize the Democratic Party. They will seek to reduce the Republican Party to a weak imitation of their own new ideology, or to ban it outright as a racist organization. And in other democratic countries, they will attempt to imitate their successes in America. No free nation will be spared this trial. So let us not avert our eyes and tell ourselves that this curse isn’t coming for us. Because it is coming for us.

In this essay, I would like to offer some initial remarks about the new Marxist victories in America—about what has happened and what’s likely to happen next. (See article at red link above for parts I to V)

But legitimacy is one of those traditional political concepts that Marxist criticism is now on the verge of destroying.

From the Marxist point of view, our inherited concept of legitimacy is nothing more than an instrument the ruling classes use to perpetuate injustice and oppression. The word legitimacy takes on its true meaning only with reference to the oppressed classes or groups that the Marxist sees as the sole legitimate rulers of the nation. In other words, Marxist political theory confers legitimacy on only one political party—the party of the oppressed, whose aim is the revolutionary reconstitution of society. And this means that the Marxist political framework cannot co-exist with democratic government. Indeed, the entire purpose of democratic government, with its plurality of legitimate parties, is to avoid the violent reconstitution of society that Marxist political theory regards as the only reasonable aim of politics.

Simply put, the Marxist framework and democratic political theory are opposed to one another in principle.

A Marxist cannot grant legitimacy to liberal or conservative points of view without giving up the heart of Marxist theory, which is that these points of view are inextricably bound up with systematic injustice and must be overthrown, by violence if necessary. This is why the very idea that a dissenting opinion—one that is not “Progressive” or “Anti-Racist”—could be considered legitimate has disappeared from liberal institutions as Marxists have gained power. At first, liberals capitulated to their Marxist colleagues’ demand that conservative viewpoints be considered illegitimate (because conservatives are “authoritarian” or “fascist”). This was the dynamic that brought about the elimination of conservatives from most of the leading universities and media outlets in America.

But by the summer of 2020, this arrangement had run its course. In the United States, Marxists were now strong enough to demand that liberals fall into line on virtually any issue they considered pressing. In what were recently liberal institutions, a liberal point of view has likewise ceased to be legitimate. This is the meaning of the expulsion of liberal journalists from the New York Times and other news organisations. It is the reason that Woodrow Wilson’s name was removed from buildings at Princeton University, and for similar acts at other universities and schools. These expulsions and renamings are the equivalent of raising a Marxist flag over each university, newspaper, and corporation in turn, as the legitimacy of the old liberalism is revoked.

Until 2016, America sill had two legitimate political parties. But when Donald Trump was elected president, the talk of his being “authoritarian” or “fascist” was used to discredit the traditional liberal point of view, according to which a duly elected president, the candidate chosen by half the public through constitutional procedures, should be accorded legitimacy. Instead a “resistance” was declared, whose purpose was to delegitimize the president, those who worked with him, and those who voted for him.

I know that many liberals believe that this rejection of Trump’s legitimacy was directed only at him, personally. They believe, as a liberal friend wrote to me recently, that when this particular president is removed from office, America will be able to return to normal.

But nothing of the sort is going to happen.

The Marxists who have seized control of the means of producing and disseminating ideas in America cannot, without betraying their cause, confer legitimacy on any conservative government. And they cannot grant legitimacy to any form of liberalism that is not supine before them. This means that whatever President Trump’s electoral fortunes, the “resistance” is not going to end. It is just beginning.

With the Marxist conquest of liberal institutions, we have entered a new phase in American history (and, consequently, in the history of all democratic nations). We have entered the phase in which Marxists, having conquered the universities, the media, and major corporations, will seek to apply this model to the conquest of the political arena as a whole.

How will they do this? As in the universities and the media, they will use their presence within liberal institutions to force liberals to break the bonds of mutual legitimacy that bind them to conservatives—and therefore to two-party democracy. They will not demand the delegitimization of just President Trump, but of all conservatives. We’ve already seen this in the efforts to delegitimize the views of Senators Josh Hawley, Tom Cotton, and Tim Scott, as well as the media personality Tucker Carlson and others. Then they will move on to delegitimizing liberals who treat conservative views as legitimate, such as James Bennet, Bari Weiss, and Andrew Sullivan. As was the case in the universities and media, many liberals will accommodate these Marxist tactics in the belief that by delegitimizing conservatives they can appease the Marxists and turn them into strategic allies.

But the Marxists will not be appeased because what they’re after is the conquest of liberalism itself—already happening as they persuade liberals to abandon their traditional two-party conception of political legitimacy, and with it their commitment to a democratic regime. The collapse of the bonds of mutual legitimacy that have tied liberals to conservatives in a democratic system of government will not make the liberals in question Marxists quite yet. But it will make them the supine lackeys of these Marxists, without the power to resist anything that “Progressives” and “Anti-Racists” designate as being important.

And it will get them accustomed to the coming one-party regime, in which liberals will have a splendid role to play—if they are willing to give up their liberalism.

I know that many liberals are confused, and that they still suppose there are various alternatives before them. But it isn’t true. At this point, most of the alternatives that existed a few years ago are gone. Liberals will have to choose between two alternatives: either they will submit to the Marxists, and help them bring democracy in America to an end. Or they will assemble a pro-democracy alliance with conservatives. There aren’t any other choices.

See also: Post at The Reference Frame (Prague) Klaus: a progressive victory in the US is a more serious worry than the Chinese politburo

Four Steps to Take Down a Free Society