Historians consider that this René Descartes statement epitomizes the spirit of the Age of Reason.  The 17th century philosopher was looking for an unalterable foundation to build the knowledge, a fixed point from which knowledge could be erected. The quote comes from the Discourse on Method by René Descartes, writing which altered the course of history, ushering in a transformation also known as the Enlightenment.

Now we have a new awakening and a shift away from reason and objectivity in favor of emotion and subjectivity.  The effects of this spirit are apparent in the Twitter mobs, legacy media propaganda,  in academic intolerance, and extends into virtue signalling corporate executives.  H/T to Pat Frank for his recent comment summarizing this distubing retreat from rationality.  Excerpt in italics with my bolds.

“In woke “science” there is no falsifiable hypothesis. In its place, we have the official orthodox consensus view.”

These areas of science have succumbed to sociology and culture studies. They not only include Covid and climate change, but extend to gender dysphoria, critical race theory, white supremacy, intersectionality, implicit bias, systemic racism, efficacy of diversity/equity/inclusion (DEI; right-think/quota/prejudice), the root cause of crime, and on and on.

These areas make claims that political extremism and violent riots have leveraged to the status of knowledge. Pseudo-knowledge. Things not true that are accepted widely and hotly.

Their general category is the subjectivist narrative. They assume what should be proved, the assumptions are granted the status of evidence, and all the studies are self-confirmatory.

Equivocal language and the flabby tendentious thinking of critical theorists (academic third-raters, all) makes subjectivist narratives the perfect tool for the political demagogue.

This is where universities are headed. Intolerant, prejudicial mediocrity fiercely overseen by Commisars of right-think.

Overseen because university presidents and boards, and heads of national labs, will be judged by their commitment to right-think. If an unseemly interest in merit undercuts DEI, the Commisar will see to their exit. Today, disemployment; later on, execution.

To this, the halls of science have surrendered.

It seems far too many scientists are just methodological hacks. Unable to distinguish knowledge from pseudo-knowledge, the cultural theorists have effortlessly rolled them over.

Dominic Green describes the sociopolitical coup in his Spectator article Meghan ’n’ Joe’s empire of the sentiments.  Excerpts in italics with my bolds.

If your facts don’t care about my feelings, then my feelings aren’t obliged to care about your facts. The facts in Joe Biden’s energetic, inspiring and exhilarating address to the nation last night were frequently as unsteady as the speaker. But the feelings that Biden expressed were, unlike the previous president who must not be named, unimpeachable.

He knows how it feels, he said with that now-customary surge of anger, as if he’s not fully in control of his frontal cortex. And we know how it feels when someone says they know how we feel. Consider everything fixed: COVID, racism, opioids, deficits, the collapse of the schools, the children at the border. The Therapeute-in-Chief is here, dispensing serotonin the way Barack Obama dispensed drone strikes.

It doesn’t matter whether Biden means what he says, any more that it matters whether Meghan Markle told the truth when she implied that her son was denied a prince’s title because he might have dark skin. It’s the feelings that matter: feelings of security, empathy and contentment, and especially the feeling that Nietzsche correctly foresaw as the root feeling of modern life, resentment.

The result is the rule of sentiment over thought and symbols over reality. The Biden administration didn’t invent the moral and humanitarian disaster at the southern border. But it has produced a new crisis by altering the laws to satisfy sentiment.

Biden has created new incentives for human trafficking and the worse kinds of child exploitation.

The result is a surge in border crossings that even a professional euphemist like secretary of Homeland Security Alejandro Mayorkas calls ‘overwhelming’, and the spectacle of would-be illegal immigrants kneeling at the border while wearing t-shirts reading ‘Biden let us in’.

This is what Biden gets for taking a knee as a craven genuflection to BLM. This is what he gets for accusing Donald Trump of being a racist and sadist for caging unaccompanied minors — even though Biden was vice president when the cages were built, and even though Biden now presides over a greater influx. And this is what we get: a theater of the sentiments, in which the actors and audience are so jaded that their senses and check books can only be stimulated by that reliable and obscene soap-opera trick, putting children’s lives in the balance.

Asked if the word ‘crisis’ applied, the President’s spokeswoman, Jennifer Psaki, refuses to call it anything at all — because she would feel bad, and we would feel bad, and Biden would look bad, if we called it for what it is. It is easier for the administration to resent the Mexican children for putting us in this moral bind, and resent the Republicans, who aren’t short of their own resentments when it comes to immigration, for making hay with it. 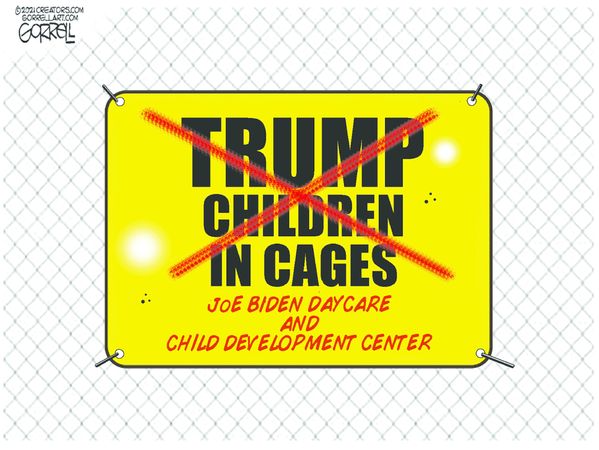 The fact is that this is a crisis. It reflects the corrupt failure of Washington DC and the cold self-interest of corporations who want cheap labor, unions who don’t want it, and, in the middle, the upper-middle-class donors who dislike foreigners who don’t speak English, but need them to bus their tables, do their lawns and wipe their children’s backsides.

Given the complexities of the facts and the appeal of a flight into sentiment, it’s no wonder that this week the administration and media did direct us to pity the children. Meghan and Harry, that is.

Jennifer Psaki commends Meghan and Harry for the ‘courage’ it took to sit down with Oprah and make unsubstantiated allegations against his family. Their kind of fact-light, sentiment-heavy self-promotion and self-therapy was, Psaki told us, one of the areas that Biden is ‘committed to in the future’. 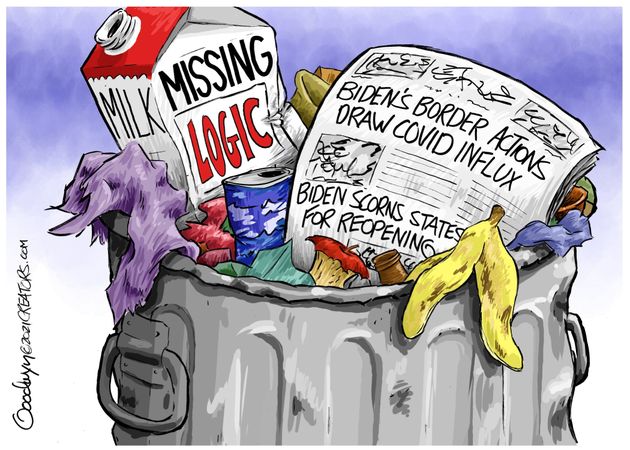 Biden’s increasingly vague routines of empathy are the symbolic face and velvet glove of a bureaucracy of the sentiments whose offices run from government to the media.

Biden is very old. After him, the gloves will be off and the face will be hardened with more than Botox. We’ll get this decayed form of democracy good and hard, and we’ll be told it should feel good. And that’s a fact.

Tom Wolfe tells the story about the Revenge of the Humanities against science and engineering disciplines. Synopsis and link to full essay in post Warmists and Rococo Marxists.