Rupert Darwall explains the similarity in his Spectator article Afghanistan and climate change: the West’s twin failures. Excerpts in italics with my bolds and some added images.

Both have the same cause: a failure to accept reality

The West’s humiliation in Afghanistan has an older brother: climate change.

As siblings, the two share characteristics, most obviously an inability to confront unwelcome facts. In Afghanistan, there was a large constituency led by the Pentagon invested in the mantra of proclaiming progress in the fight against the Taliban. Climate has its own industrial complex of NGOs, climate scientists, renewable energy lobbyists profiting from the energy transition, eager helpers in the media, and politicians posing as world saviors. 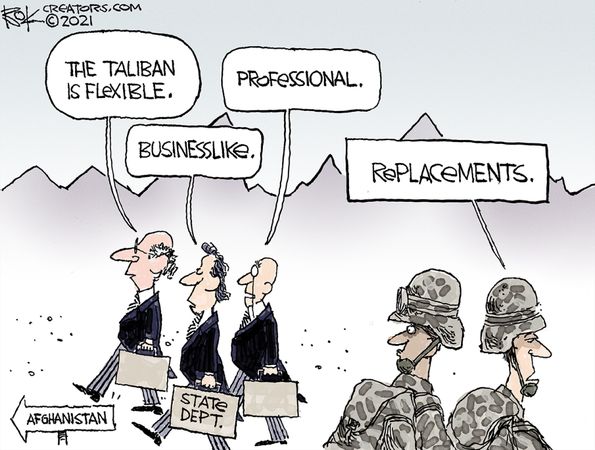 Energy experts tell us renewable energy is cheaper than building new fossil fuel power stations. If they’re right, why did China build the equivalent of more than one large coal plant a week last year? Its slave labor camps help produce materials for Chinese solar panels, which make them the cheapest in the world. This led the Biden administration to ban their importation. In 10 years, India — a country more susceptible to Western fads — increased the amount of electricity it generated from coal nearly six times faster than from wind and solar. In 2020, fossil fuels accounted for almost 90 percent of India’s primary energy consumption.

These facts help explain the biggest fact of all. The first 20 years after the 1992 United Nations Framework Convention on Climate Change saw carbon dioxide emissions rise 60 percent. From 2012 to 2019, they rose a further 5.4 percent. However this is dressed up, it’s failure. Meanwhile, the West’s energy emissions have been more or less flat for nearly three decades and on a downward trend since 2007. Emissions from the Rest of the World account for all the growth in global emissions, suddenly accelerating in 2002 from an average of around 1 percent a year to nearly 5 percent a year in the 12 years until 2014.

As a matter of simple arithmetic, the West’s declining share of global emissions means that whatever it does or doesn’t do is of diminishing relevance to the future of climate change. The West’s solipsism of ‘we’ — as in ‘we must act’ — is a profound self-deception. 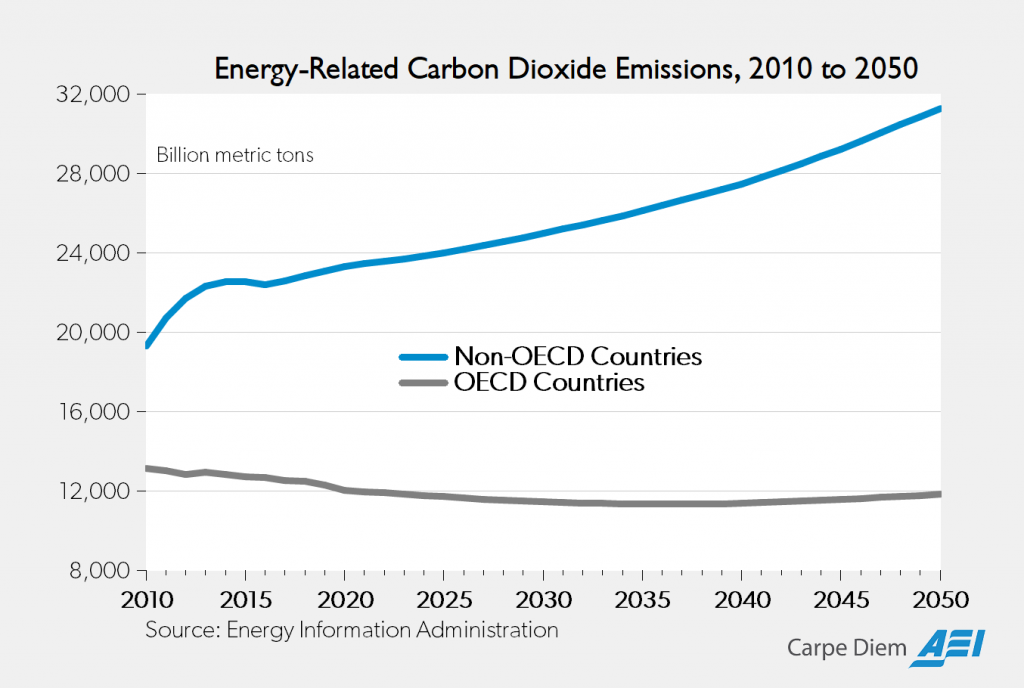 Foolishly, the West swallowed the claims of small island states that they would sink beneath the waves unless the rise in global temperature was kept below 1.5°C above pre-industrial levels. This was how ‘pursuing efforts’ to meet the 1.5°C limit ended up in the Paris agreement. As the Intergovernmental Panel on Climate Change (IPCC) later confirmed, there was no scientific basis for this. ‘Observations, models and other evidence indicate that unconstrained Pacific atolls have kept pace with S[ea] L[evel] R[ise], with little reduction in size or net gain in land,’ the IPCC said. Instead, the IPCC argued that the 1.5°C target and net zero emissions by 2050 — a target set by the IPCC and not in the Paris agreement — provide the opportunity for ‘intentional societal transformation’.

Stamped all over the West’s two decades of failure in Afghanistan are the words ‘societal transformation’. 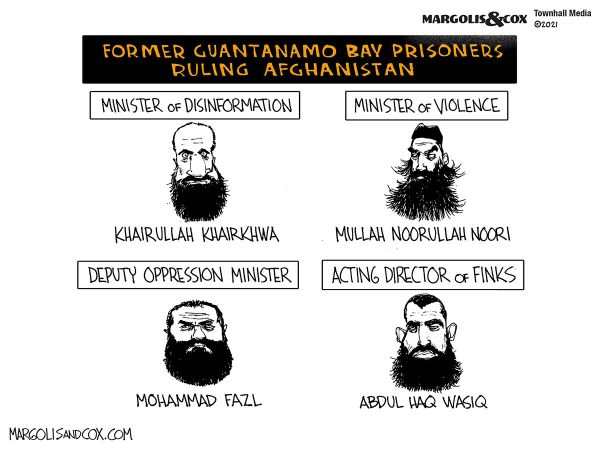 ‘It has been the hubristic belief that Western values should be universally applied that has led to the folly of nation-building in Afghanistan,’ Sir Christopher Meyer, Britain’s former ambassador in Washington, has written. Climate involves a double dose of hubris. Western politicians expect other countries to turn their backs on the development paths that made the West wealthy. Yet the same politicians seek to transform their own societies in ways that will make many people — especially the middle class and working families — poorer without having won an honest, democratic mandate to do so. They will thereby invite a populist backlash. 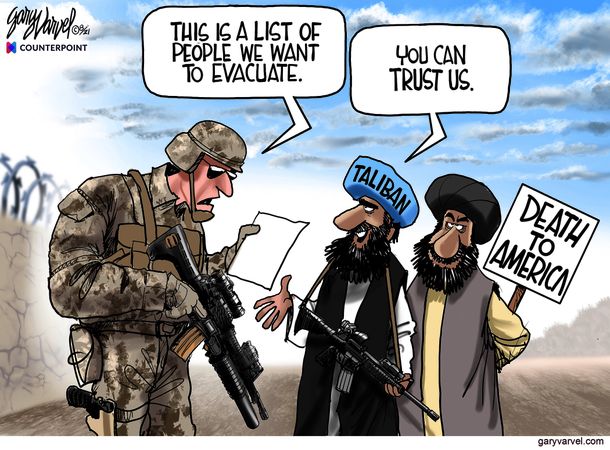 Realism disappears on the shoreline of climate change on the presumption that other nations share the Western belief that climate transcends geopolitics.

It wasn’t a pretty sight when John Kerry, Biden’s climate envoy, met China’s gimlet-eyed realists earlier this month. In a blunt statement, they told Kerry that Washington should correct its ‘wrong policies’ on China if the US wanted a dialogue on climate. The requirement to appease China could not have been clearer.

In all likelihood, Kerry will probably get off more lightly than Boris Johnson and the British government, the hosts of this year’s UN climate conference in Glasgow. They naively built up expectations that the talks would produce a deal to save the planet. It showed great ignorance of three decades of UN climate diplomacy: there was never going to be a deal to cut emissions at Glasgow. The last time that happened was at the Kyoto climate conference 24 years ago.

The UN climate convention was a product of a different era. Nato’s Afghanistan operation occurred at the apex of the America’s unipolar moment. The short era of George H.W. Bush’s new world order is over. We live in a time of renewed great power rivalry. China and Russia act in ways Otto von Bismarck would recognize. Of the great powers, they are the principal winners from the West’s humiliation in Afghanistan and they are the biggest winners from the Paris agreement. China keeps its coal-based economy while America runs down its oil and gas industries, only recently having become the world’s largest producer of hydrocarbons.

As Europe phases out coal, so too does it becomes more dependent on the Kremlin for natural gas. The lessons of Afghanistan and climate are the same: the West won’t be defeated by its enemies, but by its refusal to see the world as it is. 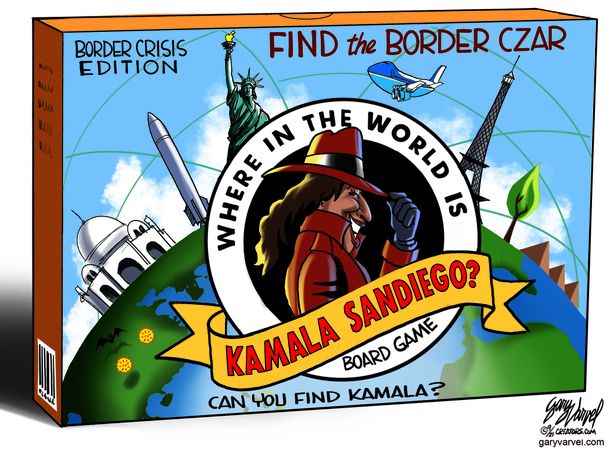