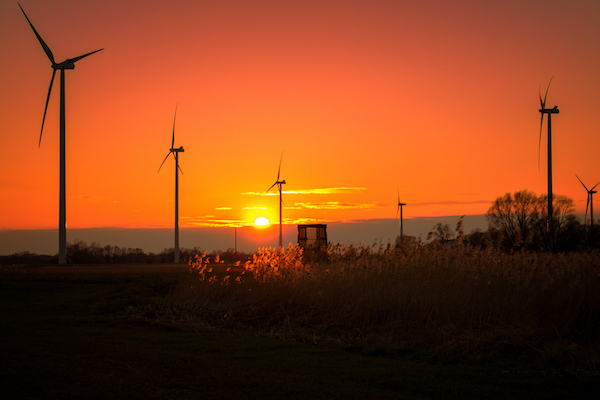 This post is the second of five to alert readers to a compilation of the scientific case against the claims of IPCC supporters and anti-fossil fuel activists. David Stockman provides the evidence and the arguments against the IPCC policy framework in a series of five essays published at International Man under the title The GreenMageddon and What It Means for You. I will state the five themes he develops in his essays, along with some excerpts and images to illustrate the main points. Here is an overview followed by the second theme.

The assembled governments of the world meeting in Glasgow for COP26 are fixing to declare war on the backbone of modern economic life and the abundance and relief from human poverty and suffering with which it has gifted the world. We are referring, of course, to its agenda to essentially drive fossil fuels—which currently make up 80% of BTU consumption—from the global energy supply system over the next several decades.

All of this is being done in the name of preventing global temperatures from rising by 1.5 degrees Celsius above “pre-industrial” levels.

But when it comes to the crucial matter of exactly which pre-industrial baseline level, you can see the skunk sitting on the woodpile a mile away. That’s because, as we showed in Part 1, global temperatures have been higher than the present—often by upward of 10–15 degrees Celsius—for most of the past 600 million years!

2.  During our Holocene epoch, for the past 11.6 thousand years, earth’s climate has changed often with multiple periods, both warmer and and cooler than the present. The modern warming period since 1850 was preceded by the Medieval, the Roman, and the Minoan warming periods–each was cooler than the previous, and all of them warmer than the present. The last 1.5C of warming has been a boon to human agriculture and civilization, and the next 1.5C is likely to also be beneficial.

Moreover, during the more recent era since the great extinction event 66 million years ago, the decline in temperatures has been almost continuous, touching lower than current levels only during the 100,000-year glaciation cycles of the last 2.6 million years of the Pleistocene ice ages. Not unsurprisingly, therefore, the Climate Howlers have chosen to ignore 599,830,000 of those years in favor of the last 170 years (since 1850) alone.

Still, the juxtaposition of the temperature record of the last 66 million years and the sawed-off charts of the climate alarmists tells you all you need to know: to wit, they have simply banished all the “inconvenient” science from the narrative. 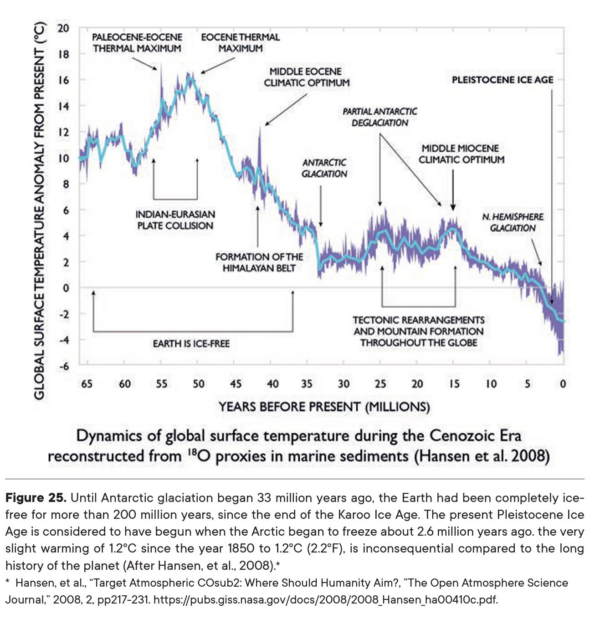 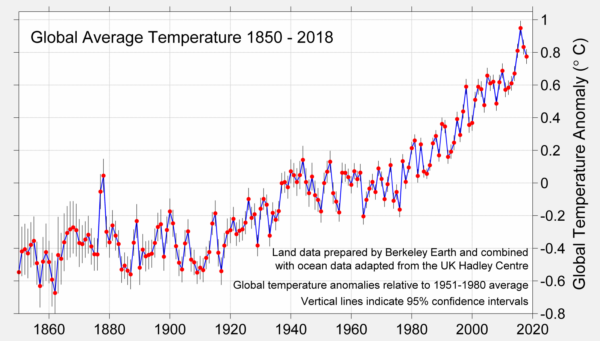 Needless to say, there is a reason why they start the graphs in 1850, and it is not just because it was the tail-end of the Little Ice Age (LIA), from which low point the temperature trend might well climb upwards for a time as climatic conditions normalized.

Actually, the intellectual deception is far more egregious. To wit, the Climate Howlers want you to believe the absolutely anti-scientific notion that the global climate was in general equipoise until the coal barons and the John D. Rockefeller’s of the mid-19th century set off a dangerous chain of climate dysfunction as they brought the stored solar energy embedded in coal and petroleum to the surface and released its combustion by-products–especially CO2—into the ambient air.

The Risible Myth Of Climate Equipoise

The global warming narrative is the most risible manifestation yet of this leap into self-righteous disregard for evidence, logic, and plausibility. For when you step back from the shrill, sanctimonious narrative that passes for the global warming catechism, the ridiculousness of its central claim that industrial society is destroying the climatic equipoise of the planet is self-evident.

For crying out loud, there has never been equipoise!

What there’s been is 4.5 billion years of wildly oscillating and often violent geologic evolution and climate disequilibrium owing to manifold natural causes, including:

The natural climate change now underway is, therefore, the product of powerful planetary forces that long predated the industrial age and which massively exceed the impact of industrial era emissions. As we indicated in Part 1, that the present conflation of these forces has resulted in a warming cycle is nothing new—warming has happened repeatedly even in modern times.  Contrary to the false claims of the Climate Howlers,

Current mildly rising temperatures are in keeping with the historical truth that warmer is better for humanity and most other species, too.

Continued planetary equipoise requires no interventions whatsoever by the state to retard the use of prosperity-fostering fossil fuels or to subsidize and accelerate the adoption of high-cost renewable energy.

So the question recurs. What “pre-industrial” temperature baseline can be picked out of all these eras and all these climate change forces that would be anything but an arbitrary political, not science-based, choice?

After all, the science is agnostic. Mother Earth has weathered every kind of climate disequilibrium at both the colder and warmer ends of the spectrum and, crucially, experienced the eventual release of countervailing forces that took both temperature and CO2 levels back in the other direction.

We think the planet’s climatic resilience is especially evident in the fact that, after five major ice ages, warming forces returned with robust energy until they reversed again, thereby proving there is no doomsday loop that leads in linear fashion to inexorable catastrophe as is embedded in the climate models.

As we noted, during the Holocene Optimum, many of the Earth’s great ancient civilizations began and flourished because conditions were especially hospitable for agriculture and the generation of economic surpluses. The Nile River, for instance, had an estimated three times its present volume, indicating a much larger tropical region. In fact, 6,000 years ago, the Sahara was far more fertile than today and supported large herds of animals, as evidenced by the Tassili N’Ajjer frescoes of Algeria.

That is to say, warmer and wetter was far better for mankind than prior bouts of cold.

Indeed, prior to the post-1850 warming, there had been five distinct warming periods (red areas) since the last glaciers with temperatures above current levels. Never, of course, does this chart see the light of day in the mainstream climate change narrative.

Also, during this period, the Vikings established settlements in Iceland and Greenland. Long before the industrial era, Greenland was so warm, wet, and fertile that major colonization occurred after AD 980. At its peak, it included upward of 10,000 settlers, extensive farming, numerous Catholic churches, and a parliament that eventually voted for union with Norway.

Nor was the reversal from the hospitable climate of the Viking era settlements in Greenland merely a regional anomaly has some Climate Howlers have claimed. During the Medieval Warm period, great civilizations flourished in many other areas, which then became uninhabitable.

Needless to say, these extreme weather perturbations were not caused by industrial activity because there was none, and they occurred during a period when it was getting colder, not warmer!

From 1550 to AD 1850, global temperatures were at their coldest since the beginning of the Holocene 12,000 years ago. Hence the designation of this period as the Little Ice Age (LIA).

Self-evidently, when the LIA finally ended around 1850, global temperatures were at a modern nadir (no wonder the Climate Howlers start their charts in the middle of the 19th century).

But the significance of this fact goes well beyond cropping the temperature charts at 1850. Actually, in order to erase the above-described oscillations of the modern climate, climate change advocates have actually gone so far as to literally attempt to airbrush them out of existence.

We are referring to what we call the climate “Piltdown Mann,” named for one Michael Mann, a newly minted Ph.D. (1998) who became the International Panel on Climate Change’s (IPCC) lead investigator and advocate for what famously became the “hockey stick” proof of global warming.

The latter, of course, was the blatant fraud embedded in the image that Al Gore made famous in his propagandistic movie “An Inconvenient Truth” in 2006. Suffice to say, the purpose of the hockey stick was to wipe out all the evidence summarized above.

That is, in lieu of the planet’s long-term and recent severe climate oscillations, the IPCC posited an entirely opposite thesis. Namely, for the pre-industrial millennium before 1900, global temperatures were nearly as flat as a board.

The only problem is that Mann’s graph was as phony as the Piltdown Man itself—the latter famously being confected in England in 1912 and conveniently “discovered” by an amateur anthropologist who claimed it was the missing link in human evolution. At length, it was shown that the fossil was a forgery; it consisted of a modern human cranium and an orangutan jaw with filed-down teeth.

In the case of the graph, Professor Mann and his accomplices at the IPCC doctored the evidence, used misleading data from southwestern US tree rings in lieu of abundant alternative data showing the contrary, and jiggered their computer models to generate pre-specified results.

That is, the models were produced by goal-seeking on the part of Mann and his associates to prove the man-made warming thesis. In essence, this was accomplished by simply pasting modern temperature records showing steady increases on top of a pre-industrial baseline that never happened.

The phony pre-industrial baseline is depicted by the yellow area in the graph for the period 1400–1900. The hockey stick-like eruption of the yellow space after 1900, of course, allegedly depicts the man-made temperature rise since the onset of the hydrocarbon age.

By contrast, the corrected version is in blue. In this version—which comports with the history of climate oscillations cited above—there is no hockey stick because the shaft never happened; it was invented by computer model manipulations, not extracted from the abundant scientific data on which the Mann study was allegedly based.

So the question is answered. The mid-19th century is exactly the wrong baseline from which to measure global temperature change during modern times.

The blue area of the chart, in fact, is the smoking gun that obliterates the whole predicate on which COP26 is being foisted upon the everyday people of the world.

Background:  See Rise and Fall of the Modern Warming Spike