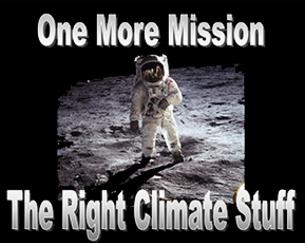 Recently in a confirmation hearing Senator Harris of California claimed that according to NASA, 97% or more of actively published climate scientists agree that climate warning trends over the past century are extremely likely due to human activities. Then she suggested no one should doubt this finding.

Going to NASA’s page on this topic, you can see clearly that NASA scientists did no such research. In fact, the citations are to only five studies done by people with little or no background in atmospheric physics and research.

The first two papers are by John Cook, founder of the notorious Skeptical Science website.

John Cook has an undergraduate education in physics from the University of Queensland and a post-graduate honors year studying solar physics, worked as a self-employed cartoonist before founding a website pushing climate alarmism. For this he was given the title of the Climate Communication Fellow for the Global Change Institute at the University of Queensland. He is currently completing a PhD in cognitive psychology, researching how people think about climate change.

Next paper is by W. R. L. Anderegg, at the time a PhD student in the department of Biology at Stanford University. He went on to become a professor at Princeton and Utah Universities in the field of ecology and biological sciences, studying the effects of global warming on forests.

Then the paper that invented the 97% number was published by Professor Peter Doran and his grad student Maggie Kendall Zimmerman, also at Stanford. Interests in global change and communicating science led to Dr. Doran named a Leopold Fellow in 2008 by Stanford University’s Woods Institute for the Environment. Doran specializes in polar regions, especially Antarctic climate and ecosystems.

Finally, Naomi Oreskes received her PhD degree in the Graduate Special Program in Geological Research and History of Science at Stanford in 1990. Her fields are History of Science and Economic Geology, and she is a prominent activist for IPCC activities.

All five of these papers have been extensively criticized in the peer-reviewed literature for their poor quality. For example:

The study by Anderegg et al. (1) employed suspect methodology that treated publication metrics as a surrogate for expertise.

In the climate change (CC) controversy, a priori, one expects that the much larger and more “politically correct” side would excel in certain publication metrics. They continue to cite each other’s work in an upward spiral of self-affirmation.

Here, we do not have homogeneous consensus absent a few crackpot dissenters. There is variation among the majority, and a minority, with core competency, who question some underlying premises. It would seem more profitable to critique the scientific evidence than count up scientists, publications, and the like.

Regarding purely scientific questions, it may be justified to discount nonexperts. However, here, dissenters included established climate researchers. The article undermined their expert standing and then, extrapolated expertise to the more personal credibility. Using these methods to portray certain researchers as not credible and, by implication, to be ignored is highly questionable. Tarring them as individuals by group metrics is unwarranted.

Publication of this article as an objective scientific study does a true disservice to scientific discourse. Prominent scientific journals must focus on scientific merit without sway from extracurricular forces. They must remain cautious about lending their imprimatur to works that seem more about agenda and less about science, more about promoting a certain dogma and less about using all of the evidence to better our understanding of the natural world.

A more complete list of published papers refuting these studies is here: All “97% Consensus” Studies Refuted by Peer-Review

Climatists are often running a shell game, and you really do have to watch the pea. Here they are using NASA space credentials to hide bogus research by people who are more activist than scientist. In the details, you find no research done by people who went into space. The four sources are a cartoonist/psychologist, a biologist, a polar ecologist and an historian.

In fact, many of the real NASA scientists are extremely critical of NASA’s participation in climate activism.  Senators who raise NASA as evidence of climate change should be directed to The Right Climate Stuff, where esteemed NASA scientists give plenty of good reasons to doubt NASA on this topic.

The same gambit was played by Brian Cox in Australia, claiming NASA credibility for a bogus temperature graph produced by GISS, a minor branch of NASA.  The real graph not shown by Cox is this one: 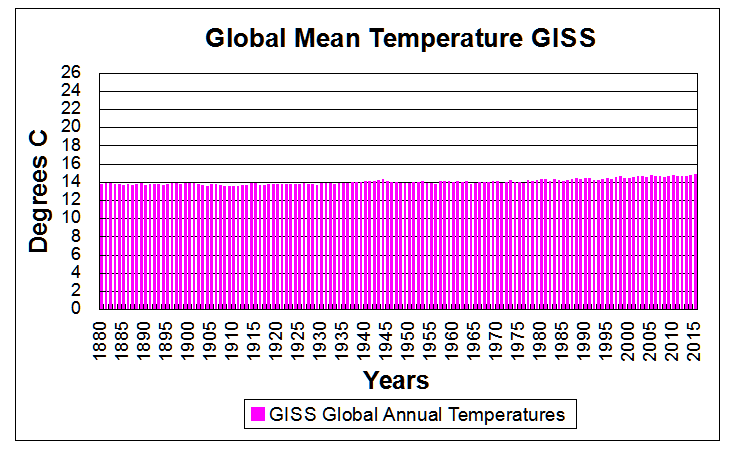