When Sam Cooke sang “Don’t know much about history” in 1960 he could not have had U.S. Rep. Alexandria Ocasio-Cortez in mind, but only because she lives a half century later.

Whatever Ocasio-Cortez got from history classes during her time at Boston University, it wasn’t an appreciation of historical context because it is sorely lacking in her assertions about climate and its effect on humankind. She and others promoting the Green New Deal have the facts exactly backwards when they claim that warming temperatures are an existential threat to humanity.

Ocasio-Cortez recently warned in a House Oversight Committee hearing that the United States would have “blood on our hands” if legislation to tackle climate change was not passed. In questioning former Secretary of Defense Chuck Hagel, she alleged that “denial or even delaying in that action could cost us American life.”

Is that the case? Has increasing temperature been associated with negative impacts on the human condition? Common sense would seem to dictate that higher temperatures would lead to more drought and then to famine and ultimately to loss of life.

However, the story is different upon checking several thousands of years of extensive documentation covering the most recent warming trends to see how humans fared with temperatures like those predicted to occur by 2050 or 2100.

As it turns out, there is a great correlation between the rise and fall of temperature and the rise and fall of civilization, and the human experience is not the apocalypse you are being told to expect. Very consistently, throughout the last 3,500 years, humanity has prospered and thrived during warming periods, while the intervening colder periods witnessed crop failure, famine and mass depopulation. In fact, before climate science became politicized in the late 20th century, the warm eras were known as “Climate Optima” because both people and the Earth’s ecosystems benefited.

The last three warming trends corresponded with large advances in culture, science and technology. The Minoan (Bronze Age), Roman (Iron Age) and Medieval (High Middle Ages) periods were all much warmer than our current temperature and all benefited greatly from the rising temperature. Likely the most significant factor that allowed advances in civilization was a plentiful supply of food. Crops flourished and allowed time for the citizens of each culture to think, to dream and to invent.

Lucas van Valckenborch painted a cold winter landscape set near Antwerp, Belgium, in 1575, when Europe was in the midst of the Little Ice Age. Städel/Wikimedia Commons

Contrary to what we are being told by modern prophets of climate doom, it was the intervening cold that was devastating and led to the fall of empires and the collapse of civilizations. With names like the Greek Dark Ages, the Dark Ages and the Little Ice Age, these cold periods’ accompanying crop failure, famine, and mass depopulation were horrific for people.

The most recent and best documented cold period was the Little Ice Age (1250 – 1850 AD) which brought severe hardship, primarily in the northern latitudes. The combination of bitterly cold winters and cool, wet summers led to poor harvests, hunger and widespread death. Half the population of Iceland perished, and as much as one-third of humankind was decimated.

The worst cold of the Little Ice Age occurred in the late 17th century during a time known as the Maunder Minimum, which is linked to inactivity of the Sun. Based on the Central England Temperature record (the longest thermometer-based record) the depths of the cold were reached in the year 1695. For the next 40 years temperatures rose quickly and at several times the rate of warming measured in the 20th century.

The warming that began in the late 17th century continued for the next 300-plus years, ushering in an era of advancement unseen during any other period in humanity’s existence. It is what author W. Cleon Skousen called the “5,000 Year Leap” — five millennia of advances in communication, transportation, energy and exploration, and a doubling of the average length of human life, all condensed into less than 200 years. A myriad of factors were responsible, but it is certainly not clear that this progress would have occurred had Earth still been mired in the frigid temperatures of the Little Ice Age.

Last year, while Scott Pruitt was still the administrator of the EPA, he posed the question of how anyone could know what the ideal temperature of the Earth should be. Well known climate scientist Dr. Michael Mann of Penn State responded to Pruitt’s question by stating that the ideal temperature would be that which pre-dated the burning of fossil fuels. That temperature would put us squarely in the middle of the Little Ice Age’s devastating cold and history tells us that it turned out quite poorly.

Perhaps both Ocasio-Cortez and Mann should be labeled as “history deniers” for ignoring the true relationship between temperature and the human condition.

Footnote:  The obsession with a slight rise in average temperatures in the last 100 years is all the more remarkable for taking that warming totally out of context. 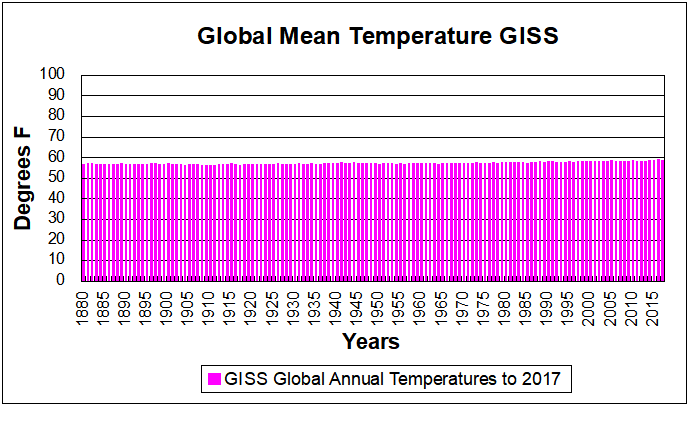 Any warming is good, even this small amount seen in the context of a year in the life of a typical American.  Moreover, the details of the statistics reveal that the rise is the result of cold months being warmer, while hotter months have cooled very slightly.  False Alarm. 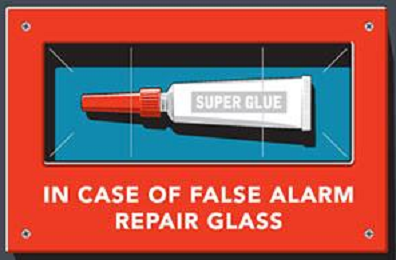 Postscript (old soviet joke):  During soviet Russia era a professor addressed his history class, “I have good news and bad news about your final exam.  The good news is that all the questions are the same as last year.  The bad news:  Some of the answers are different.”