Fortunately, box offices show few other than die-hard Gore fans are subjecting themselves to the Inconvenient Sequel. When people go to see cli-sci-fi (Climate Science Fiction) movies like Water World or Day After Tomorrow, they know in advance it will be someone’s imaginary portrayal of an undesirable future. The difference with Al Gore, and also with the writers of the draft US Climate Assessment is their claim that their imaginings are “the Truth.”

Despite the low box office numbers, the media will inundate us with flawed messages from the film, so this post is required for protection around the office water cooler or the kitchen table. Text below in italics are excerpts from Alex Epstein’s article in the Financial Post Al Gore can’t deny that his climate crusade involves great suffering  Alex Epstein: Gore has to make the case that climate dangers warrant so much human misery 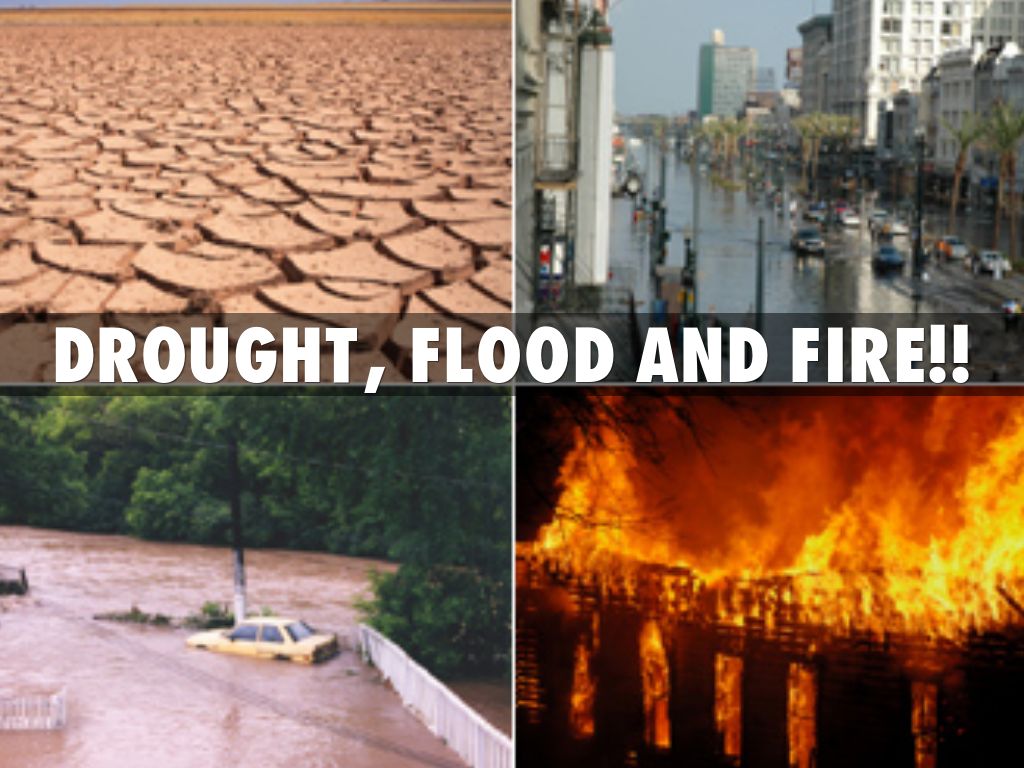 Since the last IPCC report (AR5), activists no longer respect what consensus scientists say. Observations and data are set aside, and only alarming projections from models count. As we know, computer simulations of the climate system are flawed, and running hotter than even adjusted global datasets. And we also know, since model outputs can only project modeler’s assumptions into the future, the models cannot prove the validity of those assumptions.

“The problem is not with the survey, which asked a very general question. The problem is that many writers (and scientists!) look at that number and mis-characterize it. The 97% number is typically interpreted to mean that 97% accept the conclusions presented in An Inconvenient Truth by former Vice President Al Gore. That’s certainly not true; even many scientists who are deeply concerned by the small global warming (such as me) reject over 70% of the claims made by Mr. Gore in that movie (as did a judge in the UK; see footnote below).”

“I like to ask scientists who “believe” in global warming what they think of the data. Do they believe hurricanes are increasing? Almost never do I get the answer “Yes, I looked at that, and they are.” Of course they don’t say that, because if they did I would show them the actual data! Do they say, “I’ve looked at the temperature record, and I agree that the variability is going up”? No. Sometimes they will say, “There was a paper by Jim Hansen that showed the variability was increasing.” To which I reply, “I’ve written to Jim Hansen about that paper, and he agrees with me that it shows no such thing. He even expressed surprise that his paper has been so misinterpreted.”

“A really good question would be: “Have you studied climate change enough that you would put your scientific credentials on the line that most of what is said in An Inconvenient Truth is based on accurate scientific results? My guess is that a large majority of the climate scientists would answer no to that question, and the true percentage of scientists who support the statement I made in the opening paragraph of this comment, that true percentage would be under 30%. That is an unscientific guestimate, based on my experience in asking many scientists about the claims of Al Gore.”  Full text at Meet Richard Muller, Lukewarmist

Our Actual Climate is Mild and Not Dangerous

Nothing out of the ordinary is happening to our weather and climate, despite lots of claims otherwise. Gore’s sequel is long on anecdotes and fears, but lacks any references to the statistics contradicting him. Recent decades have been remarkably benign and agriculture is booming. IPCC scientists wrote that no evidence yet exists to connect extreme weather with human activities.  Alex Epstein:

Gore and others should be free to make the case that the danger of greenhouse gases is so serious as to warrant that scale of human misery. But they should have to quantify and justify the magnitude of climate danger. And that brings us to the truth about climate.

The overall trend in climate danger is that it is at an all-time low. The Emergency Events Database (EM-DAT) shows 6,114 climate-related deaths in 2016. In other recent years the numbers have maxed out in the tens of thousands. Compare this to the 1930s when, adjusted for population, climate-related deaths hit the 10-million mark several times.

The most significant cause of our radically reduced climate danger is industrial development, which takes a naturally dangerous climate and makes it unnaturally safe. And industrial development is driven by cheap, plentiful, reliable energy — which, today, overwhelmingly means fossil fuels. Climate will always be dangerous so priority number one is to have the energy and development to tame it. Modern irrigation, residential heating and air conditioning have made once uninhabitable places perfectly comfortable.

Controlling Human CO2 Emissions Will Not Change the Weather

The really inconvenient truth is that governments are not able to ensure favorable weather for humans. Nothing yet attempted, from corrupt carbon markets, to biofuels, to renewable electrical power, to carbon taxes has done anything beyond enriching cronies and filling government coffers.

Alex Epstein details Gore’s misdirecting us to renewables as our salvation.

Some of his anecdotes are meant to prove that cheap solar and wind are, as 2006 Gore prophesied, quickly dominating the world’s energy supply and, as 2006 Gore also warned us, that our rapidly warming climate is killing more and more people each year. But he has not given us the whole picture.

Take the rising dominance of solar and wind, which is used to paint supporters of fossil fuels as troglodytes, fools, and shills for Big Oil. The combined share of world energy consumption from renewables is all of two per cent. And it’s an expensive, unreliable, and therefore difficult-to-scale two per cent.

Because solar and wind are “unreliables,” they need to be backed up by reliable sources of power, usually fossil fuels, or sometimes non-carbon sources including nuclear and large-scale hydro power (all of which Gore and other environmentalists refuse to support). This is why every grid that incorporates significant solar and wind has more expensive electricity. Germans, on the hook for Chancellor Angela Merkel’s self-righteous anti-carbon commitments, are already paying three times the rates for electricity that Americans do.

Stories about “100-per-cent renewable” locations like Georgetown, Tex. are not just anecdotal evidence, they are lies. The Texas grid from which Georgetown draws its electricity is comprised of 43.7 per cent natural gas, 28.8 per cent coal, 12 per cent nuclear, and only 15.6 per cent renewable. Using a virtue-signalling gimmick pioneered by Apple, Facebook, and Google, Georgetown pays its state utility to label its grid electricity “renewable” — even though it draws its power from that fossil-fuel heavy Texas grid — while tarring others on the grid as “non-renewable.”

If we look at the overall trends instead of engaging in anecdotal manipulation we see that fossil fuel energy is the fastest-growing energy source in the world — still. Fossil fuels have never been more vital to human flourishing. There are 1,600 coal plants planned for the near future, which could increase international coal capacity 43 per cent. Advances in technology are making fossil fuels cleaner, safer, and more efficient than ever. To reduce their growth let alone to radically restrict their use — which is what Gore advocates — means forcing energy poverty on billions of people.

Gore’s Inconvenient Sequel gives a biased, self-serving, and convenient picture of fossil fuels and climate — convenient for Gore’s legacy, that is, but inconvenient for the billions his energy poverty policies will harm. As citizens, we must start demanding responsible thought leaders who will give us the whole picture that life-and-death energy and climate decisions require.

1.) The sea level will rise up to 20 feet because of the melting of either West Antarctica or Greenland in the near future. (This “Armageddon scenario” would only take place over thousands of years, the judge wrote.)

2.) Some low-lying Pacific islands have been so inundated with water that their citizens have all had to evacuate to New Zealand. (“There is no evidence of any such evacuation having yet happened.”)

3.) Global warming will shut down the “ocean conveyor,” by which the Gulf Stream moves across the North Atlantic to Western Europe. (According to the Intergovernmental Panel on Climate Change, “it is very unlikely that the Ocean Conveyor will shut down in the future…”)

4.) There is a direct coincidence between the rise in carbon dioxide in the atmosphere and the rise in temperature over the last 650,000 years. (“Although there is general scientific agreement that there is a connection, the two graphs do not establish what Mr. Gore asserts.”)

6.) The drying up of Lake Chad is a prime example of a catastrophic result of global warming. (“It is generally accepted that the evidence remains insufficient to establish such an attribution” and may be more likely the effect of population increase, overgrazing and regional climate variability.)

7.) Hurricane Katrina and the consequent devastation in New Orleans is because of global warming. (“It is common ground that there is insufficient evidence to show that.”)

8.) Polar bears are drowning because they have to swim long distances to find ice. (“The only scientific study that either side before me can find is one, which indicates that four polar bears have recently been found drowned because of a storm.”)

9.) Coral reefs all over the world are bleaching because of global warming and other factors. (“Separating the impacts of stresses due to climate change from other stresses, such as overfishing and pollution, was difficult.”)