The inter provincial Canadian war over a bitumen pipeline is taking on Shakespearean drama as reported in the Globe and Mail  The symbolism of Kinder Morgan’s Trans Mountain pipeline  The article is by Arno Kopecky, an environmental journalist and author based in Vancouver.  Excerpts below with my bolds and images introducing the principle players.

Spare a thought for Rachel Notley. While you’re at it, spare another for John Horgan and Justin Trudeau. Three star-crossed allies, progressives all, steering ships through a Kinder Morgan tempest no pundit can describe without saying “collision course.” Shakespearean, ain’t it?

There’s tragedy, comedy and irony galore. Ms. Notley’s take on A Midsummer Night’s Dream with her midwinter ban on British Columbia wines – which was lifted on Thursday – lent itself so well to “Reign of Terroir” jokes that it can only end up raising the provincial wine industry’s profile. As for Alberta’s oil industry, this is more like Much Ado About Nothing. Whether the oil sands grow or shrink has much less to do with any one pipeline (even one that leads to almighty tidewater) than the global price of oil. What about all those Kinder Morgan jobs? Comedy. Anyone serious about creating oil-sector jobs for Canadians would be pushing to refine bitumen at home instead of exporting it raw. That’s why Unifor, the biggest union in the oil sands, intervened against the project in the NEB hearings.

But the notion that Kinder Morgan’s Trans Mountain pipeline expansion would add carbon to the atmosphere is comedy, too. If Kinder Morgan isn’t built, trains will keep moving the bitumen they’re already moving, at least until a higher force than pipeline capacity reduces Fort McMurray’s output. Everyone just makes less money that way.

When a country already has more than 840,000 kilometres of pipeline running through it, the fight over roughly 1,000 new kilometres is symbolic for both sides. But symbols matter. Now Trans Mountain has come to symbolize everything from the oil sands to climate change and reconciliation, and everyone’s job is at stake.

None more than Ms. Notley’s, our likeliest candidate for tragedy. Alberta’s most progressive premier in more than 30 years, the woman who imposed a provincial carbon tax and raised royalties on oil sands operators and lifted Alberta’s minimum wage from the lowest to the highest in the country, Rachel Notley will not be replaced by someone nicer. Alberta’s profoundly oil-positive United Conservative Party, freshly merged and braying at her heels, threaten every last NDP policy with a Trumpian corrective. They’ll probably win the next election, too. Ms. Notley’s only hope is in proving to Albertans she can fight as dirty as any conservative would to protect the Symbol. 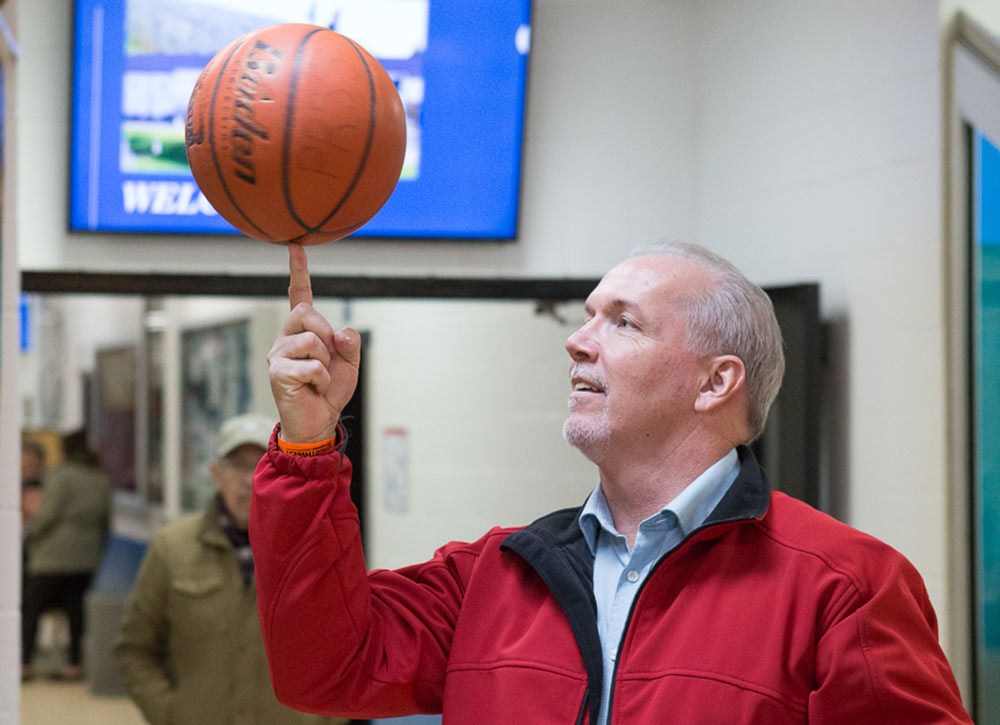 Enter John Horgan, stage left. Poor guy. He’s running a province whose biggest, greenest city overwhelmingly voted against a once-in-a-generation opportunity to massively expand public transit, but has already proved itself willing to get arrested en masse in anti-Kinder Morgan protests. Mr. Horgan’s first major decision as Premier, the tortured approval of the Site C dam, earned him the condemnation of every environmentalist and First Nation leader in the province, if not the country. Now that he’s following through on his campaign promise to “use every tool in our tool box” against Kinder Morgan, fans and critics are trading placards. Never mind that Site C will keep far more carbon in the ground than any thwarted pipeline.

The thing is, pipeline battles on the coast aren’t about pipelines or even climate change. They’re about oil tankers. Want symbols? Wild salmon and orca populations are rapidly approaching extinction in southern B.C. Yes, oil tankers do already ply these waters. No, we don’t love hearing that the only way to pay for sorely lacking coastal protection is to heighten the risk of an oil spill by tripling the number of tankers.  But that’s the deal.

Enter Justin Trudeau, our doomed and dashing Hamlet, haunted by the ghost of his father, asking not to be or not to be, but can the ends justify the means? The greater the ends, it seems, the crueler the means. For all his capacity to renege on inconvenient promises, Mr. Trudeau clearly does regard the fight against climate change as a Very Great End. He knows we’re losing the glaciers whose meltwater irrigates half of Canada’s agriculture; he’s aware of our metastasizing cycle of flood and forest fire; he’s already dealt with one wave of climate refugees, from Syria (yes – that war was largely triggered by a calamitous drought that beggared a million farmers); he knows this is just the beginning. (Note: The reporter and Trudeau believe things cited in this paragraph contrary to evidence, but ignorance and hubris are essential to any tragedy.)

Against all that, he weighs the spill risk of one new pipeline, twinned to a pre-existing condition, with a corresponding increase in tanker traffic through relatively safe waters in which oil tankers can so far boast a 100-per-cent safety rate. Without Kinder Morgan, Mr. Trudeau mutters, pacing the stage from left to right, you lose Alberta; without Alberta, you lose your national climate-change strategy, your coastal protections, your whole progressive agenda. You lose everything.

Enter, in our closing act, B.C.’s coastal First Nations. Of course, they’ve been here all along – Mr. Trudeau made them some promises, too. But so far, his definition of consultation looks a lot like the old one: a process to determine not if a project should proceed on Indigenous territory, but when. The courts may yet cancel Trans Mountain because of it, as they did Northern Gateway. That’s probably Mr. Trudeau’s best hope for a happy ending. He’s created his own Birnam Wood, an army of First Nations and their allies ready to lead the march to Dunsinane Hill, aka Burnaby Mountain and the terminus of the pipeline, for the biggest act of civil disobedience our generation’s seen.

It isn’t a question of if, but when.

This is another example of damage done by virtue signaling, further explained in Virtue Signaling as a Vicious Circle

Footnote:  Regarding the attempt to blame the Syrian conflict on drought, see Climates Don’t Start Wars, People Do