One of the favorite climate policy prescriptions is to apply carbon pricing either by a direct tax or by requiring purchase of carbon credits or offsets.  Now comes a report of unintended consequences, namely that rising prices for carbon credits have increased the demand for coal, the most disliked of all fossil fuels.

From Bloomberg Why Higher Pollution Costs Aren’t Denting Coal Demand in EU  Excerpts in italics with my bolds.

If you thought the surging price of fossil-fuel emissions in Europe would hurt coal demand, think again.

The highest prices for carbon credits in a decade have also lifted natural gas, discouraging power stations from making the switch away from coal. As a result, demand remains strong for the dirtiest fossil fuel in the continent that’s doing the most to clean up its economy. Coal prices as a result reached their highest in five years on Tuesday.

Gas futures would need to plunge by more than 20 percent before coal-fired power stations become uneconomic to run, based on current market prices for fuel and electricity, according to Georgi Slavov, head of research at broker Marex Spectron.

“This is highly unlikely” through at least November, Slavov said. “There are no plausible scenarios which support pricing out of coal.”

Demand for coal in China and India is drawing in cargoes that otherwise would land at plants in Europe from the Netherlands to Germany. The Dutch front-year contract recovered from losses early in the year to rise almost 13 percent, climbing alongside gas and oil.

Gas-fired generators, Chinese importers of liquefied natural gas and storage sites in mainland Europe are all competing for the same shipments, stoking the cleaner fuel’s rally. There simply hasn’t been much spare gas supply to allow switching from coal because of carbon’s price surge.

Global coal imports are set to reach a record 1.01 billion tons this year, exceeding 2013’s level, which was just below 1 billion tons, according to Guillaume Perret, founder and director of Perret Associates Ltd., a London-based research company.

“The coal market is now facing a structural shortage” of investment, including in mines and logistics, Perret said.

How Goes the Transition Away from Fossil Fuels

The first objective in the Great Green Transition is to stop the use of Coal, Climate Enemy #1. An update report on that front comes from Vijay Jayaraj, Aug 18, 2018, at Townhall The Dawn of Climate Realism: Coal Surges Amid Climate Rhetoric  Excerpts in italics with my bolds.

Many countries have been at the crisscross of warfare between anti-coal establishments and the traditional coal industry. Despite the elite-empowered and politically motivated worldwide campaign to phase out coal, demand for coal is on the rise!

Coal has been “enemy No. 1” for the climate establishment. In fact, it would seem that the entire global warming movement is hinged upon the singular aim to eliminate coal from use.

Catastrophic Anthropogenic Global Warming (CAGW) is a notion that cites a popular scientific hypothesis and concludes that the global temperatures have risen, or will soon rise, to dangerous levels in the post-industrialized era due to human activity.

The proponents of CAGW believe that the primary contributor to this increase in temperature is the combustion of coal and the subsequent release of carbon dioxide gas into the atmosphere.

However, peer-reviewed scientific journals by hundreds of scientists render many of these claims dubious at best. Here are just three of them.

Secondly, most of the current “consensus” on climate change is based on forecasts from computer climate models. But the wide divergence between observed temperature and model predictions makes it apparent that the models were programmed incorrectly to be over-dependent on carbon dioxide concentration to predict temperature changes.

In what was a major embarrassment to United Nations Intergovernmental Panel on Climate Change (IPCC), top climate scientists admitted these flaws in the climate models when they failed to reflect real-world temperatures during the last 19 years. The same was widely publicized and even testified to the U.S. House Committee on Science, Space & Technology.

Thirdly, contrary to the claim that recent warming is historically unprecedented, today’s temperature levels are similar to the temperatures the earth experienced in the first and eleventh centuries. Also known as Roman Warm Period and Medieval Warm Period, these were times when, though as warm as today or warmer, the earth’s ecosystems flourished. The notion that “today’s temperature levels are at unprecedented levels” is completely false.

Despite these (and many more) straight-forward evidences against the CAGW hypothesis, the climate establishment continues to advocate for the ban of coal and coal-fired power plants. Global climate treaties like the Paris Agreement were set out to target and close down coal plants in developing countries.

But to their surprise, coal use is rising.

This financial year, Coal India—India’s largest state-controlled coal mining company—saw its first-quarter profits jump 61 percent and its coal production rise 15.23 percent. India has a long-term vision to increase its coal output and has been vocal about “carbon imperialism”—a term it uses to define the attitude of the anti-coal climate establishment.

But the surge in coal is not just limited to Asia.

Russia’s coal production of 410 million tons was its highest since the Soviet era and is expected to reach 420 million tons this year. The coal industry is set to expand in the coming years with massive infrastructure upgrades.

U.S. coal output reached a 16-year high in 2017 (701 million tons), after a change in leadership that saw the lifting of heavy restrictions on coal from the previous administration. Coal output in 2017 was 40.8 million tons higher than in 2016, and India was the top importer of U.S. coal in Asia (13 million tons).

The trend continued in 2018, and the month of April recorded the highest coal export in five years. U.S exports to India reached 6.2 million tons in just the first half of 2018, which is nearly the entire export (6.8m tons) to India in 2017! And coal is expected to do fairly well in the U.S. despite the disruption from the natural gas boom.

The situations for coal in India, China, and the U.S. are prime examples of the coal industry’s strength. It can also be said that the climate rhetoric has failed to break the world’s dependence on coal. And for good reason. Coal remains among the cheapest, and technically simplest, sources of the abundant, affordable, reliable electricity indispensable to the modern industry and technology that are indispensable to lifting and keeping whole societies out of poverty.

Leaders across the globe understand the indispensable role of coal in their economies. They are also beginning to understand the exaggerated nature of climate-change dangers promoted heavily in the mainstream media.

Clearly, there is no reason why the coal industry should slow down, and it won’t. Overblown climate-change rhetoric is leading rapidly to the downfall of the climate establishment, and nations are moving past it at a rapid pace. 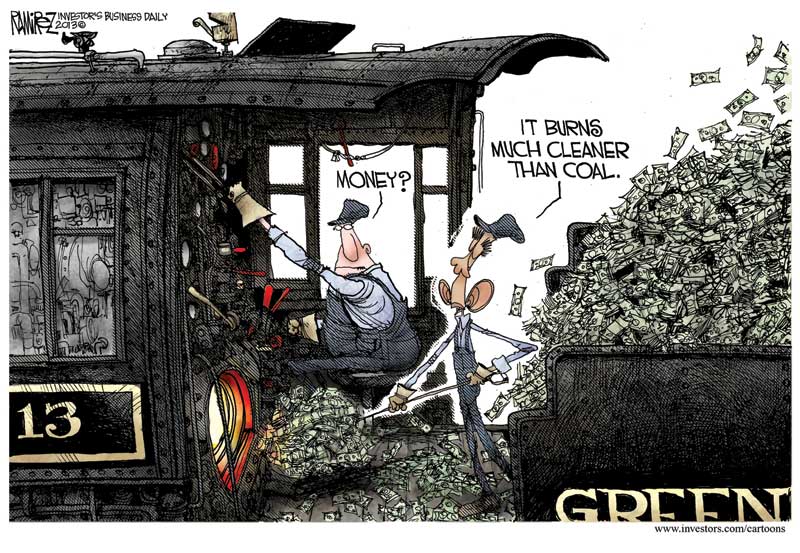