That quote from Herodotus was put on the USPS building in Boston referring to postmen, ie postpersons today.  (Are postpersons also postnormal?  Just wondering).  But I digress. 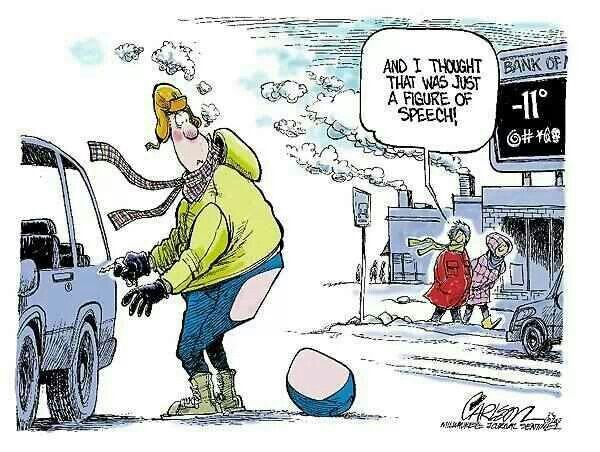 As bitter cold is hitting the US midwest, Trump chose to troll the warmists with a sympathetic tweet to those freezing their tails off.  And now we get a deluge of articles declaring the title of this post.  NOAA even drew a cartoon in response.  Meanwhile some people bundled up and went to Niagara to witness the frozen falls.

In this context, the trusted couriers are the warmists swiftly making their rounds repeating their new message; “Heatwaves last summer prove global warming/climate change; Freezing cold this winter is also caused by warming.”

The evidence is in:  Global warming is a religious belief, and adherents cannot be dissuaded by any fact, event or argument.