At the recent post Arctic Ice Surpasses 2018 Maximum, I was asked about measures of sea ice thickness and estimates of volume, combining extents (or concentrations) with thickness.  My response:

Agencies like DMI produce model-driven estimates of Arctic sea ice thickness. I limit my analysis to extents because they are observation-driven.

DMI says this:  “The figures are based on calculations using the DMI operational coupled ocean- and sea-ice model HYCOM-CICE. The total sea-ice volume is a product of the sea-ice concentration and its thickness.”

“Today, the sea-ice concentration is in general well estimated using satellite products, while the sea-ice thickness is poorly known. The model gives a realistic estimate of the total amount of sea-ice within the Arctic.” (concentration means extent). FWIW, DMI estimates of Arctic thickness have increased over the last decade.

It’s a complicated business to get remote signals of thickness, which varies with drifting and compaction from storms and currents.  Another way to get at the issue appears in the animation above with AARI ice charts.  They are derived from satellite imagery, configured so that the brown color represents multi-year ice that survived at least one melt season.   The animation shows the last 11 years had some low years, especially 2008, 2009 and 2013, with higher years since.  And obviously the locations of older ice are variable.

Of course there are other sea ice volume modelled products such PIOMAS.  For an insight into how complicated is estimating sea ice thickness from remote sensors see this article Estimating Arctic sea ice thickness and volume using CryoSat-2 radar altimeter data 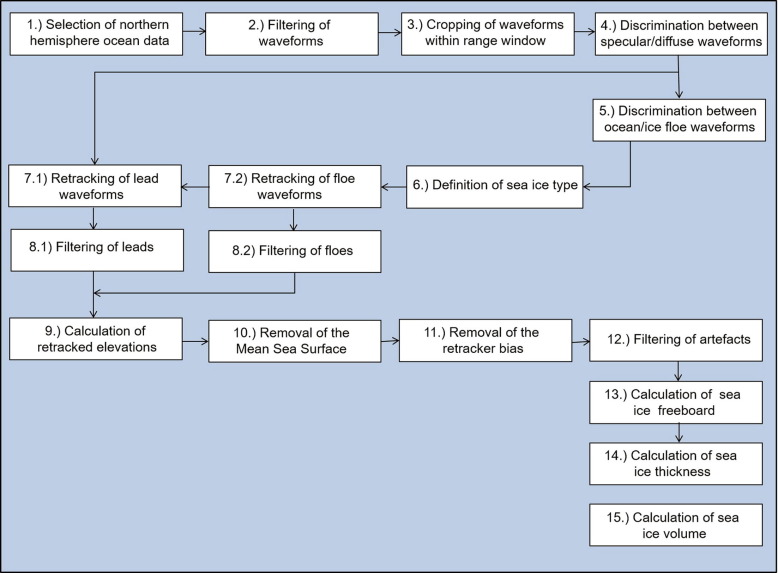