Adam Rogers writes at WIRED Americans Trust Scientists Until Politics Gets in the Way.  Excerpts in italics with my bolds 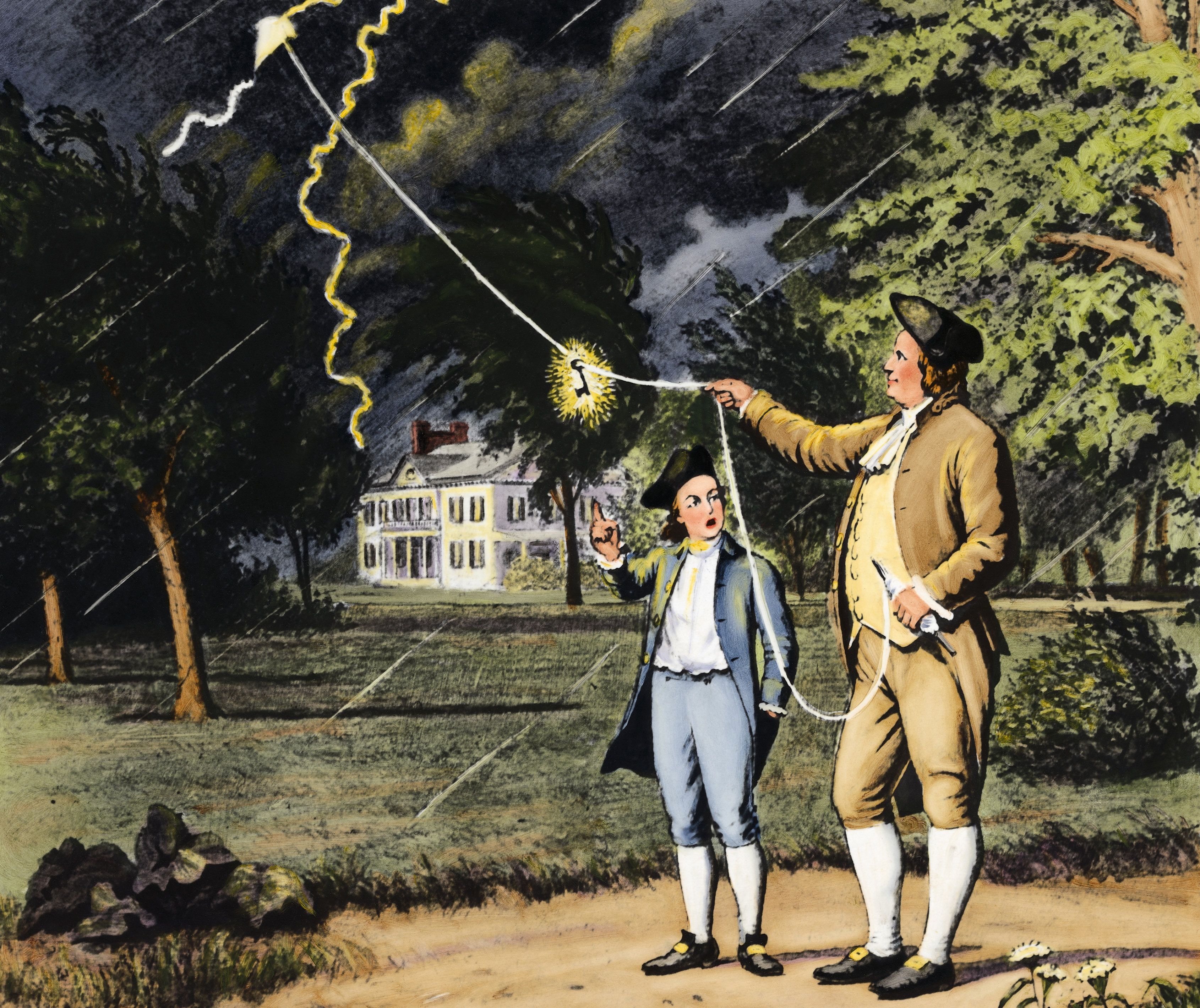 Nothing’s more American than a science-hero—an indomitable, big-brained hasher-out of ideas that change the world, that make the impossible possible. At least since Ben Franklin sat with the founders, and certainly since Vannevar Bush explicitly connected the US’ future to federal funding of science after World War II, the idea of sciencing the shit out of everything has been core to the American character. Like many surveys and studies before it, a new report from the Pew Research Center confirms this truth: Americans love and trust scientists. In 2019, 86 percent of Americans said they had a great deal or a fair amount of confidence in them—up 3 percent from the year before.

That’s higher than confidence in the military (82 percent), or even in public school principals (80 percent)! It’s even higher than, can you believe it, the news media (47 percent, ahem) or elected officials (35 percent).

Except, like the polling nerds say, you have to check the cross-tabs—the particulars of who answered what question, and how. This particular survey compared trust in specific types of scientists. Specifically, it covered dietitians and nutrition scientists, clinicians and biomedical researchers, and (here we go) environmental health specialists and environmental scientists. In other words: nutrition, doctors, and climate change.

And then the pollsters asked for the respondents’ political affiliations. Which: Uh oh.

Of Democrats with high levels of science knowledge (which turns out to be a thing you can pop-quiz for), just about nine out of 10 people trust environmental scientists. Of Republicans with high levels of science knowledge? Less than half. “We often see that public attitudes around climate, energy, and environmental issues are strongly correlated with party ideology, where other kinds of science issues are not,” says Cary Funk, a social scientist and lead author of the new study. This is called “motivated reasoning,” Funk says. “The idea is that your partisan identity kind of trumps the role of knowledge in your beliefs.”

It’s an outcome familiar to climate communication researchers. The Yale Program on Climate Change Communication, for example, has found rising belief among Republicans that climate change is human-caused and policy steps should be taken to combat it, but that program’s research still consistently finds a party disparity. “We’re starting to see the signal appear out of the noise and say, yeah, my direct experience reflects climate change,” Anthony Leiserowitz, the Yale program director, told me late last year. “But that’s still a small influence compared to the dominant factor, which is politics.”

Put aside Evangelicals, who often vote Republican and stereotypically express skepticism in a range of scientific conclusions. The people in the Pew study, by and large, accept the conclusions of medicine, of basic physics, of organic chemistry. But even though the methods and philosophies that produced those conclusions are the exact same methods and approaches climate scientists use, if you’re a Republican, odds are you don’t buy it.

Other research, from Pew and elsewhere, has found divides in the amount of trust people have in scientists who study other fields with policy valances, such as genetically modified foods or vaccines. But those divides don’t fall along party lines. It’s just climate.

Why? What powers this motivated cognition? It’s one thing to believe that which confirms your priors, but how do people acquire priors for climate science? At a time when “climate science” means everything from wildfires to emerging diseases to mass migration, how do people still see it as merely an environmental issue?

[Comment:  The author seems oblivious to the history of progressively more extreme environmental scares, trumpeted in the media, then later dropped in favor of a new and different one.  Bernie Lewin’s book provides the story of how each one was promoted taking the public in, and adding to the erosion of confidence.  The sequence of expanding scares was:

Some researchers blame the 1970s. See, before then, most of the science that Americans so loved was, in one terminology, “production science.” Even the basic, research work led to cool new stuff, which could become salable new products. Corporations love that. But with the rise of modern environmentalism in the middle and late 20th century came “impact science” that looked at the harms of those industrial-era products—asbestos, DDT, dioxins, chlorofluorocarbons, nuclear waste, and more recently greenhouse gases and plastics. “Environmentalism and the conservation movement take off really at about the same time, the 1970s … but originally those think tanks didn’t pay too much attention to environmentalism,” says Riley Dunlap, an emeritus sociologist at Oklahoma State University.

Then, just as international environmentalism started to peak in the early 1990s, the Soviet Union fell apart. Conservatism lost its Big Bad. “We think the conservative movement really substituted a Green Scare for the declining Red Scare,” Dunlap says. The party’s funders turned to fighting the regulatory apparatus that would come with more environmentally sensitive policies.

To Dunlap and others, that’s why Republicans scoff at climate science while embracing, say, particle physics. “They haven’t heard Rush Limbaugh or Sean Hannity talking about physics,” Dunlap says. “But they’ve had a constant barrage saying global warming is the mother of all environmental issues, the one with the most dire consequences, and in the eyes of the conservatives, the most serious consequences for regulations.”

[Note: The author is also unaware of how alarmists reduce away the complexity of climate science down to their simple pre-determined assertion: Humans are making the world dangerously warmer. Explanation is at Climate Reductionism

That’s why those cross-tabs keep showing the Republicans think climate science is a grift. They mostly trust nutrition science, even though in reality lots of nutrition science (and certainly the mass media coverage of it) is, according to at least one high-powered science watchdog, in need of radical reform. They mostly trust physicians, even though study after study shows that attention and gifts from pharmaceutical reps have a profound influence on what drugs physicians prescribe. These folks aren’t as infallible as we all might hope.

In fact, call me cynical, but I was actually heartened by some of the parts of the Pew study that suggested broad-based skepticism.

“Overall views of scientists are generally positive, but it tends to be a soft support,” Funk says. “It tends to be lower when it comes to counting on scientists to do their job well, on working in the public interest. And then you see the low degree or widespread skepticism around issues of scientific integrity.” Only about one in five Americans thought scientists were as up front about their own conflicts of interest as they should be. And 71 percent of African American respondents, and 63 percent of Latinx respondents, reported professional or research misconduct as a moderately or very big problem. That was higher than what white people said by 20 points and seems worth following up given the scientific establishment’s frankly crummy history with minorities in research.

On a more positive front, people reported trusting scientists more when the data they used was more open—a major goal of the open science and reproducibility movements. Good science works on fixing science.

More Republicans than Democrats thought that scientists’ policy decisions are no better than anyone else’s and that scientists are just as likely to be biased as non-scientists. The thing is, that’s true.

Scientists are human beings. The practice of science, though, remains the single best way for humans to acquire information about how the universe actually works, and then to act on it. If it’s the case that a well-funded conservative movement found a way to convince people that climate change—the single biggest existential threat humanity faces—simply wasn’t happening, they could do it again. The same thing could work with telling people that vaccines violate their personal autonomy or that environmental protections are too stringent.

The cautionary tale here isn’t about petrochemical donors to Republicans enhancing the motivated cognition of their base. It’s about how little Americans know about how science is actually supposed to work as a practice. If they did, they’d make the connection between the broad, informed skepticism that in fact drives science to improve, to continually reach toward the fundamental truths that allow deeper understanding and, candidly, cooler stuff—across every subfield. Those are the results that lead to better policy for everyone instead of higher profits for a few.