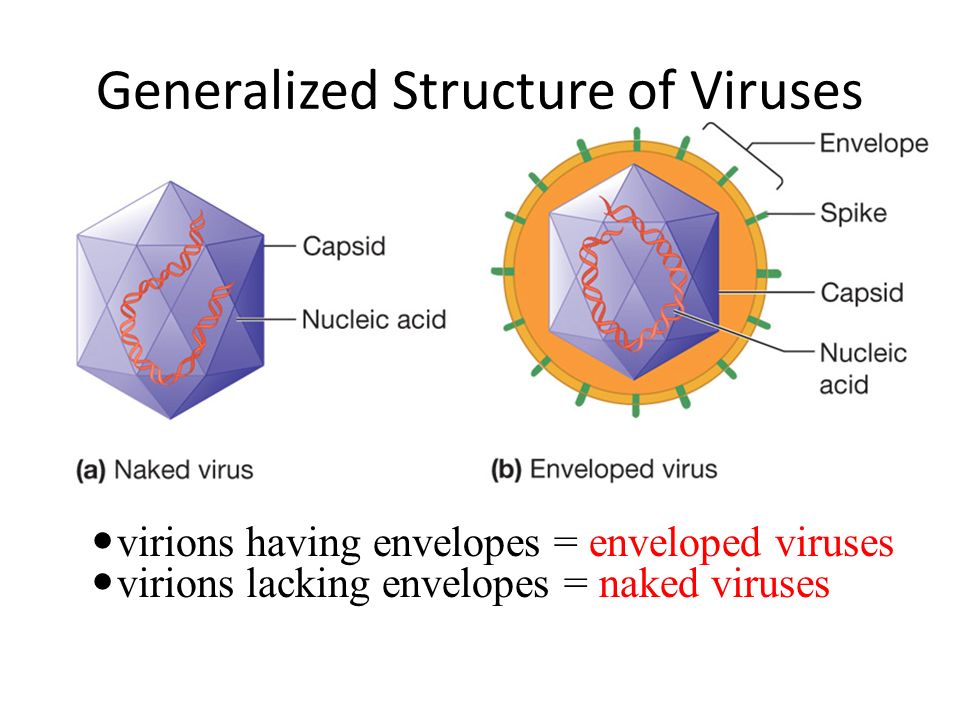 What follows perhaps oversimplifies an unavoidably complex topic, like sea level rise or atmospheric feedbacks to CO2 in climate science.

There are three main types of human infectious microorganisms: bacteria, fungi, and viruses. (I skip important complicating stuff like malaria or giardia.) Most human bacteria are helpful; the best example is the vast gut biome. In human disease some bacteria (typhoid, plague, tetanus, gangrene, sepsis, strep) and certain classes of fungi (candida yeasts) can cause serious disease, as do some human viruses (polio, smallpox, measles, yellow fever, Zika, Ebola).

There are two basic forms of bacteria (Prokaryotes and Archaea, neither having a genetic cell nucleus). Methanogens are exclusively Archaean; most methanotrophs are Prokaryotes. Membrane bound photosynthetic organelle containing cyanobacteria are the evolutionary transition from bacteria to all Eukaryotes (cells having a separate membrane bound genetic nucleus) like phytoplankton, fungi, and us. Both Prokaryote and Eukaryote single cell (and all higher) life forms have a basic thing in common—they can reproduce by themselves in an appropriate environment.

Viruses are none of the above. They are not ‘alive’; they are genetic parasites. They can only reproduce by infecting a living cell that can already reproduce itself. The ‘nonliving’ viral genetic machinery hijacks the reproductive machinery of a living host cell and uses it to replicate virions (individual virus particles) until the host cell ‘bursts’ and the new virions bud out in search of new hosts.

There are two basic virus forms, and two basic genetics.

1. Viruses are either ‘naked’ or ‘enveloped’. (see image at top).  A naked virus like cold causing rhino has just two structural components, an inner genetic whatever code (only the two basic types–DNA and RNA–are important for this comment) and an outer protective ‘capsid’ protective viral protein coat. An example is cold producing rhinovirus in the family picornavirus (which also includes polio).

2.Enveloped viruses like influenza and corona (Wuhan) include a third outer lipid membrane layer outside the capsid, studded with partly viral and partly host proteins acquired from the host cell at budding. These are used to infect the next host cell by binding to cell surface proteins. The classic example is influenza (internal genetic machinery A or B) designated HxNy for the flavor of the (H) hemagglutinin and (N) neuraminidase protein variants on the lipid membrane surface.

The second major distinction is the basic genetics. Viral genetic machinery can be either RNA based or DNA based. There is a huge difference. All living cells (the viral hosts) have evolved DNA copy error machinery, but not RNA copy error machinery. That means RNA based viruses will accumulate enormous ‘transcription’ errors with each budding. As an actual virology estimate, a single rhinovirus infected mucosal cell might produce 100000 HRV virion copies before budding. But say 99% are defective unviable transcription errors. That math still says each mucosal cell infected by a single HRV virion will produce about 10 infective virions despite the severe RNA mutation problem. The practical clinical implication is that when you first ‘catch’ a HRV cold, the onset to clinical symptoms (runny nose) is very fast, usually less than 24 hours.

This also explains why adenovirus is not very infective. It is a DNA virus, so mutates slowly, so the immune memory is longer lasting. In fact, in 2011 the FDA approved (for military use only) a vaccine against adeno pharyngoconjuntivitis that was a big problem in basic training. (AKA PCF, or PC Fever, highly contagious, very debilitating, and unlike similar high fever strep throat untreatable with antibiotics.) In the first two years of mandatory PCF vaccine use, military PCF disease incidence reduced 100 fold.

So-called URI’s have only two causes in humans: common colds, and influenza. Colds have three distinguishing symptoms–runny nose, sore throat, and cough—all caused not by the virus but by the immune system response to it. Influenza adds two more symptoms: fever and muscular ache. Physicians know this well, almost never test for the actual virus seriotype, and prescribe aspirin for flu but not colds. Much of what follows in this section is based on somewhat limited actual data, since there has been little clinical motivation to do extensive research. A climate analogy would be sea surface temperature and ocean heat content before ARGO. Are there estimates? Yes. Are there good estimates? No.

This also explains why there is no possibility of a common cold vaccine: too many viral targets. You catch a cold, you get temporary (RNA viruses are constantly mutating) immunity to that virus. You next cold is simply a different virus, which is why the average adult has 2-4 colds per year.

A clinical sidebar about URI’s. Both are worse in winter, because people are more indoors in closer infectious proximity. But colds have much less seasonality than flus. Summer colds are common. Summer flus aren’t.

There is a differential route of transmission explanation for this empirical observation. Colds are spread primarily by contact, while flus are spread primarily by inhalation. You have a cold, you politely (as taught) cover your sneeze or cough with a hand, then open a door using its doorknob, depositing your fresh virions on it. The person behind you opens the door, picking up your virions, then touches the mouth or nose (or eyes) before washing hands. That person is now probably infected. This is also why alcohol hand sanitizers have been clinically proven ineffective against colds. They will denature enveloped corona and adeno, but have basically no effect on the by far more prevalent naked rhinos.

There is an important corollary to this contact transmission fact. Infectivity via the contact route of transmission depends on how long a virion remains infective on an inanimate surface. This depends on the virion, the surface (hard doorknob or ‘soft’ cardboard packaging), and the environment (humidity, temperature). The general epidemiological rule of thumb for common colds and flus is at most 4 days viability. This corollary is crucial for Wuhan containment, discussed below.

The main flu infection route is inhalation of infected aspirate. This does not require a cough, merely an infected person breathing in your vicinity. In winter, when you breathe out outside below freezing ‘smoke’ it is just aspirate that ‘freezes’ and becomes visible. Football aficionados see this at Soldier and Lambeau Fields every winter watching Bears and Packers games. The very fine micro-droplet residence time in the air depends on humidity. With higher humidity, they don’t dry out as fast, so remain heavier and sink faster to where they don’t get inhaled, typically minutes. In typical winter indoor low humidity, they dry rapidly and remain circulating in the air for much longer, typically hours. This is also why alcohol hand sanitizers are ineffective against influenza; the main route of flu transmission has nothing to do with hands.

[Note: The flu virus is contained in droplets that become air borne by sneezing or coughing.  Unless you inhale the air sneezed or coughed by an infected person, the main risk is direct skin contact with a surface on which the droplet landed.]

As of this writing, there are a reported 37500 confirmed infections and 811 deaths. Those numbers are about as reliable as GAST in climate change. Many people do not have access to definitive diagnostic kits; China has a habit of reporting an underlying comorbidity (emphysema, COPD, asthma) as cause of death, the now known disease progression means deaths lag diagnoses by 2-3 weeks. A climate analogy is the US surface temperature measurement problems uncovered by the WUWT Surface Stations project.

There are a number of important general facts we DO now know, which together provide directional guidance about whether anyone should be concerned or alarmed. The information is pulled from reasonably reliable sources like WHO, CDC, NIH, and JAMA or NEJM case reports. Plus, we have an inadvertent cruise ship laboratory experiment presently underway in Japan.

The incubation period is about 10-14 days until symptoms (fever, cough) evidence. That is VERY BAD news, because it has been demonstrated beyond question (Germany, Japan, US) that human to human transmission PRECEDES symptoms by about a week. So unlike SARS where all air travelers got a fever screening (mine was to and from a medical conference in Panama City). Since transmission did not precede symptoms, SARS fever screening sufficed; with Wuhan fever screening is futile. That is why all the 14-day quarantines imposed last week; the only way to quarantine Wuhan coronavirus with certainty is to wait for symptoms to appear or not. Quarantine is disruptive and expensive, but very effective.

Once symptoms appear, disease progression is now predictable from sufficient hundreds of case reports—usual corona cold progression for about 7-10 days. But then there is a bifurcation. 75-80% of patients start improving. In 20-25%, they begin a rapid decline into lower respiratory pneumonia. It is a subset of these where the deaths occur with or without ICU intervention. And as whistleblower Dr. Li’s death in Wuhan proves, ICU intervention is no panacea. He was an otherwise healthy 34 years old doctor.

We also now know from a JAMA report Friday 2/7/2020 analyzing spread of Wuhan coronavirus inside a Wuhan hospital, that 41% of patients were infected within the hospital—meaning the ubiquitous surgical masks DO NOT work as prevention. The shortage of masks is symptomatic of panic, not efficacy.

Scientists last week also traced the source. There are two clues. Wuhan is now known to be 96% genetically similar to an endemic Asian bat corona. Like SARS and ‘Spanish flu’, it jumped to humans via an intermediate mammal species. No bats were sold in the Huanan wet market in Wuhan. But pangolins were, and as of Friday there is a 99% genetic match between pangolin corona and Wuhan human corona. Trade in wild pangolins is illegal, but the meat is considered a delicacy in China and Vietnam and pangolins WERE sold in the Wuhan wet market. This is is similar to SARS in 2003. A bat corona jumped to humans via live civets in another Chinese wet market. Xi’s ‘simple’ permanent SARS/Wuhan coronavirus solution is to ban Chinese wet markets.

Should the world be concerned? Perhaps.

Will there be a terrible Wuhan pandemic? Probably not.

Again, the analogy to climate change alarm is striking. Alarm based on lack of underlying scientific knowledge plus unfounded worst case projections.

Proven human to human transmissibility and the likely (since proven) ineffectiveness of surgical masks were real early concerns. But the Wuhan virus will probably not become pandemic, or even endemic.

We know it can be isolated and transmission stopped with 14-day quarantine followed by symptomatic clinical isolation and ICU treatment if needed.

We know from infectivity duration on surfaces that it cannot be spread from China via ship cargo. And cargo ship crews can simply not be given shore leave until their symptomless ocean transit time plus port time passes 14 days.

Eliminating Chinese wet markets and the illegal trade in pangolins prevents another outbreak ever emerging from the wild, unfortunately unlike Ebola.

Footnote:  This is of particular interest to me since my wife and I are presently on a cruise in the Indian Ocean ending in Singapore.  We were supposed to fly from there to Shanghai connecting to Air Canada back to Montreal.  Those AC flights were cancelled for February and unlikely to be available for our transit.