I cannot think of any politician, thinker or novelist who has sent so much comfort and aspiration to so many people

It is very difficult to believe that there is anyone, except the young, who has not experienced serious illness or been witness to the suffering of a loved one. It is, alas, part of the human condition. Those who have endured such moments do not need to hear what they are like or how profoundly unsettling and painful they are.

We suffer most when those who are closest to us suffer. That is our pain, but it is also our glory that we often feel more deeply about those who we hold closest to our hearts than we feel for ourselves. No one escapes such moments. And when they do occur, people outside the close circle of the man or woman caught in pain or in peril of death register an instinctive sympathy for those so entoiled.

These are, I grant, sombre thoughts, but they occur naturally following a viewing of Mikhaila Peterson’s video about her father, Jordan Peterson’s, afflictions during the past year. Mikhaila Peterson brought dignity and poise to what was clearly an effort of great weight. I think it also worth remarking that it was good of her to be so open and direct about his circumstances, as the many who have found some strength and direction from her father’s words were anxiously waiting for some news.

It was an abrupt moment when Jordan Peterson’s world tour was halted and very many were left wondering and worrying about him. One of the singular features of Peterson’s fame was how many people felt a genuine concern for his personal welfare.

I cannot claim to be a friend of Peterson’s, except in the sense that I would wish to be so. I have met him only once, for an interview, which he gave while in some fragility and which I willingly would have foregone, and assured him so. This is not to note any generosity on my part, which is trivial in the context of his condition, but to highlight that he did the interview because he had committed to it. His doing so was a signal of his character. This is a man who’s willing to put aside his own considerations to oblige a commitment.

But the signal I received was that of a man who, while in personal turmoil, and who then was facing the possible death of his wife, in concurrence with his own fatigue following the explosion of his fame, would honour a minor engagement that could easily be deferred, because he thought he should. Unlike him, I would not have had the strength to carry it through.

But to go beyond that one small moment, I write this now as a gesture of good will towards the person I called a “good man” at the end of that exchange. He’s having a very hard time. It may be a small thing, but I think it’s only fair that someone who has helped so many others through their hard times should be offered a little acknowledgement and appreciation during his own. I seriously hope it’s not presumptuous on my part.

I cannot think of any politician, thinker or novelist who has sent so much comfort and aspiration to so many people. Peterson is not a missionary. He preaches no creed. But out of his deep reflections, his clinical experience, his dedicated exploration of why so many people are “offside,” “removed” or “isolated” in modern society, he has found some elements of a message that revives their hope and reinvigorates their sense of dignity.

I have met many people who have been spoken to by Jordan Peterson’s words. When I interviewed him, it was surely his wife and his family’s torment that were at the front of his mind. But he also carried another burden: the memories of all those he had met, however briefly, who transferred some of their pain to him. It is a true sorrow that the expense of energy he gave to his message has taxed him so, and that the tribulations of his family life combined with his fatigue came at such a cost to himself.

I am sure that in passing on regards and best wishes to Peterson that I am but a single voice speaking the words of thousands. I note that some very shallow and mean people are finding joy in Peterson’s struggle. May that joy fill their cup, as it is the vinegar of cheap minds and cheaper souls. Enjoy yourselves. Put it on your resumés that in the absence of any other purpose in life, you like to mock the pain of a better person and insult his family in a woeful moment.

I was appreciative of Jordan Peterson’ incisive interviews and articles, and his book Maps of Meaning inspired me a year ago to write a series of posts highlighting insights from his journey.  I excerpted text that spoke to me and added images of contempory examples in parallel to his discussions of classical myths. The first post provides an overview as well as the first theme.  Titles are links to the posts. 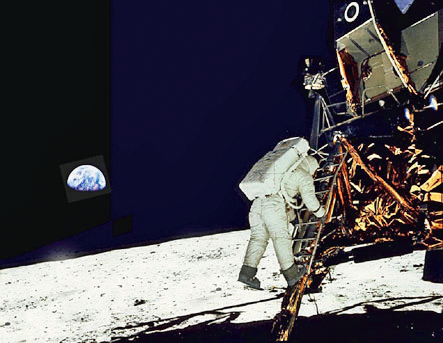