Many people including me are getting educated about public health science regarding infectious diseases. An earlier post A Lesson in Mortality discussed ongoing mortality statistics as a context for processing the coronavirus numbers. Another post Don’t Confuse The Virus and the Disease noted the difference between getting the virus and getting the disease. This post is concerned with how the pandemic is proceeding and the prospects for the future.

First is a presentation of the textbook outbreak model called SIR, which stands for Susceptible, Infected and Recovered (or alternatively Removed) and indicates the three possible states of the members of a population afflicted by a contagious decease. (Source is here) Excerpts in italics with my bolds.

In setting up a simple outbreak situation example, the authors note a number of assumptions to be taken.

In order to demonstrate the possibilities of modeling the interactions between these three groups we make the following assumptions:

A causal diagram for these assumptions could look as follows:

The linked paper goes into the maths for calculating changes in stocks and flows, and the time to reach a steady state. Without going into the details, let us consider this paradigm in relation to our present situation. By comparison, novel coronavirus pandemic has several complicating features, especially: uncertain mortality impacts, uncertain immunity after recovery, unequal risk of contagion.

Since the virus SARS-CoV-2 is new, it is assumed that everyone is susceptible. But at this stage we have little data to confirm or contradict that. There are indications that large numbers of people are getting the virus without getting the disease. For example, residents of a large homeless shelter in Boston were tested with surprising results.

The Boston Healthcare for the Homeless Program noticed a small group of people had tested positive for the coronavirus at a shelter in the city’s South End. To be safe, they coordinated with the state government to do universal testing of the shelter population over two nights. Out of the nearly 400 guests tested, 146 tested positive for Covid-19, according to Dr. Jim O’Connell. “This caught us unprepared, but the even more surprising finding is we screened all of them, and none had a fever, and very few had other symptoms,” O’Connell said.

Another sampling was done in Northern California also showing much higher rate of infection than previously estimated. These are indications, not yet conclusive until structured random sampling is done in enough places to establish a pattern. That analysis was done after the 2009 Swine Flu pandemic, and is reported at CDC by Carrie Reed et al. Estimates of the Prevalence of Pandemic (H1N1) 2009, United States, April–July 2009. Excerpts in italics with my bolds.

Abstract
Through July 2009, a total of 43,677 laboratory-confirmed cases of influenza A pandemic (H1N1) 2009 were reported in the United States, which is likely a substantial underestimate of the true number. Correcting for under-ascertainment using a multiplier model, we estimate that 1.8 million–5.7 million cases occurred, including 9,000–21,000 hospitalizations.

Human cases of influenza A pandemic (H1N1) 2009 were first identified in the United States in April 2009 (1,2). By the end of July, >40,000 laboratory-confirmed infections had been reported, representing only a fraction of total cases. Persons with influenza may not be included in reported counts for a variety of reasons, including the following: not all ill persons seek medical care and have a specimen collected, not all specimens are sent to a public health laboratory for confirmatory testing with reverse transcription–PCR (RT-PCR; rapid point-of-care testing cannot differentiate pandemic [H1N1] 2009 from other strains), and not all specimens will give positive results because of the timing of collection or the quality of the specimen. To better estimate the prevalence of pandemic (H1N1) 2009 during April–July 2009 in the United States, we created a simple multiplier model that adjusts for these sources of under-ascertainment.

To estimate the total number of cases of pandemic (H1N1) 2009, we built a probabilistic multiplier model that adjusts the count of laboratory-confirmed cases for each of the following steps: medical care seeking (A), specimen collection (B), submission of specimens for confirmation (C), laboratory detection of pandemic (H1N1) 2009 (D), and reporting of confirmed cases (E) (Figure). This approach has been used to calculate the underrecognized impact of foodborne illness in the United States.

Based on that experience and samplings coming to light, it seems likely that novel coronavirus has infected far more people than documented, and could be on the order of 75 per confirmed case. Thus, if today worldwide confirmed cases are 2.7 million, then the suspected infected number would be be on the order of 200 million.  If we stay with the US context, the 0.9 million reported cases could represent 68 million infections.  That result can be seen either as good news or bad news. If your concern is to control people, then the interpretation is the one found in the CNN report: Asymptomatic coronavirus cases at Boston homeless shelter raise red flag.

On the other hand, asymptomatic results can be a positive, depending on two additional factors: incubation and viral load. There is evidence that people who get covid19 sickness are already shedding virus during the 7 to 10 day incubation period even before symptoms. Those infectious people are the concern for controlling the spread. At the same time, there are apparently a lot of people (numbers unknown) who had the virus but resolved the infection without symptoms, I.e. without getting the disease. This cuts against the assumption that populations are completely susceptible to Covid19, i.e. have no immunity to counter this virus. And persons who defeated the virus were unlikely to be shedding it in the high loads needed to cause disease in others.

As Vinay Kolhatkar writes at The Savvy Street The Pandemic: Cardinal Numbers No One Talks About. Excerpts in italics with my bolds.

SARS-CoV-2, aka coronavirus, aka SARS-2, is not the same as COVID-19, aka C-19. The former is the virus, the latter is the disease that one may get from it.

Human beings have an immune system that resists or controls viruses that invade or reside in their bodies. Writing in The Scientist, Professor Eric Delwart, who investigates human and animal viromes, says [emphasis mine]:

Most viruses are neither consistently pathogenic nor always harmless, but rather can result in different outcomes depending on the health and immunological status of their hosts. The less pathogenic a virus is—the lower the percentage of infected people who become sick—the larger such case-control studies need to be to detect a difference between the groups.

Given the large number of viruses detected in healthy hosts, it is likely that some of the viruses initially found in sick hosts are simply harmless coincidental infections.

“Viral load” is the term virologists use to denote the strength of the virus—is it an army of thousands, or an army of millions? Higher the load, greater the chance the virus may win the battle. Then the immune system must bring in the artillery—for example, by increasing body temperature, so as not to lose the war (death).

Even a small viral load may be detected in a diagnostic test. But the host may never get sick.

The media told us that this is an exponential growth in infection.

But that increase in detection (confirmed cases) from March, 2020 is positively correlated to the number of tests performed. See the plot of tests per confirmed case in Our World in Data—most countries were not testing much, if at all, before March 2020.

But detection is not the same as occurrence. When did the virus contagion begin?

Not when tests began—that’s when the media started lecturing us 24/7 on the stats. The virus commenced its worldwide spread at least as far back as December (possibly November) 2019. But the late-2002 SARS-1 China was not the same as the late-2019 SARS-2 China, in terms of its booming middle class traveling overseas, the 50 million overseas Chinese citizens making home visits, and the ugly coincidence of the Lunar New Year celebrations in January 2020.

The horse may have bolted back in December 2019. Shutting the gate partially in March 2020 was ineffectual for contagion containment. Nevertheless, economic suicide was never justified. In developing countries, e.g., India, where interstate migrant workers need casual work for survival, where city public transport is so crowded that contact tracing is beyond impossible, where child malnutrition and other infectious diseases take a much bigger toll, any lockdown is exceptionally counterproductive. 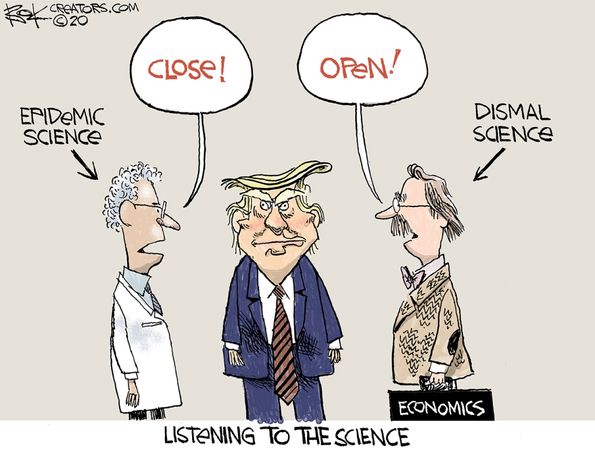 Now only herd immunity, obtained by exposure to the “clever” virus or the vaccine, will end the war. Workplaces may need to insist on protective gear and social distancing—our immune systems have a better chance of beating a lower viral load. And the vulnerable should isolate themselves. People testing positive to the virus should also isolate themselves.

But a test that reveals we were free of this virus yesterday is no guarantee that we are free of it today—the negative test has no value for our ability to roam freely. What we really need to know is whether we have long-term antibodies.

Serological tests also help get estimates of herd immunity levels in various populations, which can put international airline travel, concerts, and nightclub reopening on a much sounder footing—“no new cases for a week” in a shutdown area could hide many of those 50 times asymptomatic carriers roaming around.

It’s time to focus on a new set of numbers.

That research priority is echoed in a policy paper by William V. Padula at US National Institutes of Health Why Only Test Symptomatic Patients? Consider Random Screening for COVID-19. Excerpts in italics with my bolds.

In the context of a pandemic during which many people may be infected but asymptomatic, a similar logic suggests that allocating scarce diagnostic resources towards those who do not exhibit warning signs of infection is crucial. If asymptomatic patients are less likely to follow public health guidelines such as social distancing or self-isolation compared to patients who do exhibit symptoms, then providing information to asymptomatic patients that they are infected is a critical step in mitigating disease transmission.

During the brief amount of time that the US has been able to study the COVID-19 outbreak, there has been substantial evidence to support the belief that many of the infected population are asymptomatic. For instance, according to Nishiura and colleagues, the ill-fated Diamond Princess cruise ship had an asymptomatic COVID-19 infection prevalence of 30.8% in an adult population [5]. The American Academy of Pediatrics currently reports that about 4% of children are asymptomatic and 51% have only mild symptoms [6]. 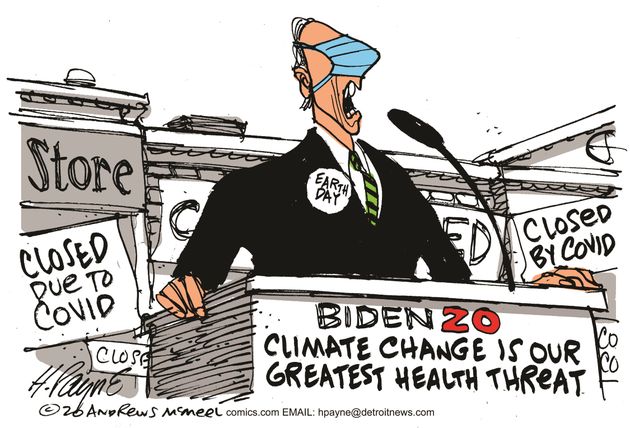