Matthew Walther writes at the Week We should be grateful for good news in Georgia.  Excerpts in italics with my bolds.

I hate to be the bearer of bad news, but Atlanta is not burning. Bodies are not piled up in the streets. Hospitals in Georgia are not being overwhelmed; in fact, they are virtually empty. There is no mad rush for ventilators (remember those?). Instead, men, women, and children in the Peach State are returning to some semblance of normal life: working outside their homes, going to restaurants and bars, getting haircuts, exercising, and most important, spending time with their friends and families and worshipping God. The opening that began more than three weeks ago is continuing apace.

Oh, my apologies, you were waiting for bad news? Sorry, I forgot, we were actually not supposed to be rooting for the virus. Despite the apparent relish behind headlines like “Georgia’s Experiment in Human Sacrifice,” one assumes that most Americans, even the ones most committed to omnidirectional prophecies of doom, were actually hoping this would happen. While it really is a shame that we do not get to gloat about the cravenness and stupidity of yet another GOP politician, I think on balance most of us will be glad to hear that Gov. Brian Kemp was not badly wrong here.

What is happening instead of the widely predicted bloodbath? Confirmed cases of the virus are obviously increasing (though the actual rolling weekly average of new ones have been headed down for nearly a month) while deaths remain more or less flat. This is in fact what happens when you test more people for a disease that is not fatal or even particularly serious for the vast majority of those who contract it, for which the median age of death is higher than the American life expectancy.

How was this possible? One answer is that the lockdown did not in fact do what it was supposed to do, which is to say, meaningfully impede transmission of the virus.

In fact, data both from states like Georgia and from abroad suggests that the lifting of lockdowns is positively correlated with a decrease in rates of infection. This could be because lockdowns are inherently ineffective at slowing down a disease whose spread appears to be largely intrafamilial and nosocomial.

It could also be the weather. That’s right: another thing that we were told months ago not even to suggest aloud because it would be irresponsible to make assumptions of any kind about the virus, even sensible ones, like the idea that wearing masks just might help slow it down. This is not science. COVID-19 arrived from China, not from outer space. Unsurprisingly, it appears to behave very much like other respiratory viruses, including influenza. It hates sunlight and the outdoors generally and prefers cramped stuffy conditions, like those found in public transit systems and dense housing complexes with poor ventilation. 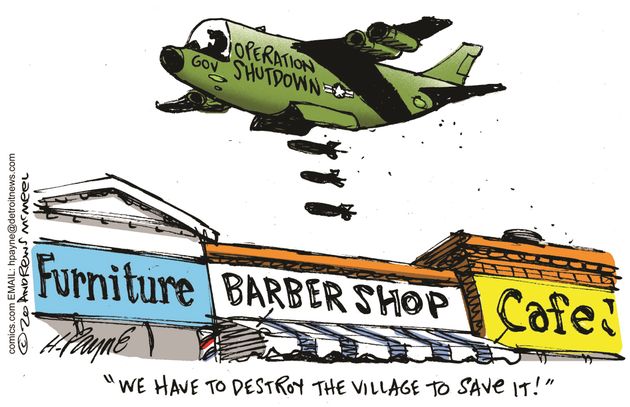 It is worth pointing out here that journalists and Democratic politicians (most notably Stacey Abrams, the former Georgia state representative who labors under the bizarre illusion that she won a statewide election there two years ago and would now like to be vice president) were not the only critics of Gov. Kemp. After a series of spasmodic muscular contractions that seemed to have resulted in tweets calling upon unnamed persons to “liberate” various states, President Trump changed his mind and insisted on more than one occasion that he “strongly disagreed” with the decision to open Georgia. Expecting anything resembling consistency from this president is a fool’s errand, but one hopes that at least some of his supporters remember that he was wrong here.

None of what I have written above should be taken to suggest that Kemp’s handling of the pandemic is above reproach, or that he should receive a medal for clear-sightedness here. (I might give one instead to Gov. Ron DeSantis of Florida, where amid shrill moaning about the non-existent dangers of people standing on beaches, thousands of lives may have been saved by a swift executive order banning the re-introduction of coronavirus patients to elder care facilities). Nor am I suggesting that things in the Peach State cannot possibly take a turn for the worse, especially if appropriate measures are not taken in nursing homes.

Two much narrower claims are being made. The first is that those who insisted that Georgia would be transformed into a post-apocalyptic wasteland within days or even weeks of reopening were wrong, and predictably so.

The second is that this is something about which we should be happy. 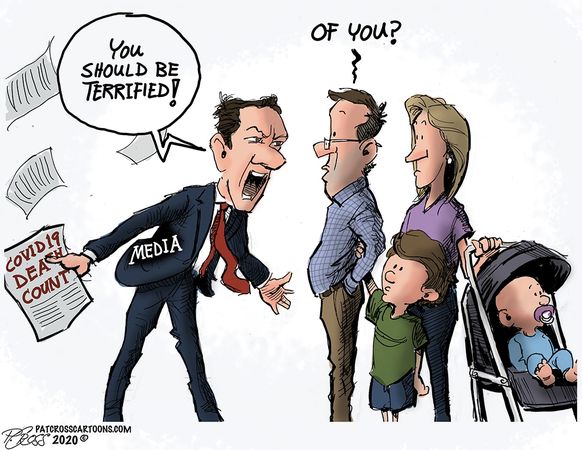