Anna I. Krylov (Department of Chemistry, University of Southern California) writes at the American Chemical Society The Peril of Politicizing Science.  Excerpts in italics with my bolds and some added images.

I came of age during a relatively mellow period of the Soviet rule, post-Stalin. Still, the ideology permeated all aspects of life, and survival required strict adherence to the party line and enthusiastic displays of ideologically proper behavior. Not joining a young communist organization (Komsomol) would be career suicide—nonmembers were barred from higher education. Openly practicing religion could lead to more grim consequences, up to imprisonment. So could reading the wrong book (Orwell, Solzhenitsyn, etc.). Even a poetry book that was not on the state-approved list could get one in trouble. 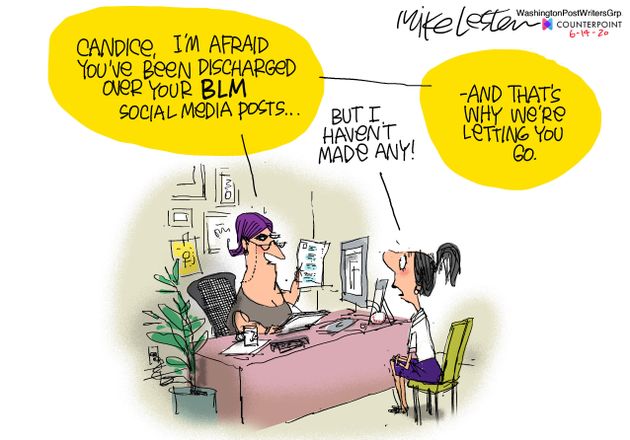 Mere compliance was not sufficient—the ideology committees were constantly on the lookout for individuals whose support of the regime was not sufficiently enthusiastic. It was not uncommon to get disciplined for being too quiet during mandatory political assemblies (politinformation or komsomolskoe sobranie) or for showing up late to mandatory mass-celebrations (such as the May or November demonstrations). Once I got a notice for promoting an imperialistic agenda by showing up in jeans for an informal school event. A friend’s dossier was permanently blemished—making him ineligible for Ph.D. programs—for not fully participating in a trip required of university students: an act of “voluntary” help to comrades in collective farms (Figure 2).

Figure 2. Fourth-year chemistry students from Moscow State University (the author is on the right)  enjoying a short break in the potato fields during mandatory farm labor, ca. 1987.  The sticks were used as aids for separating potatoes from the mud.

Science was not spared from this strict ideological control.(6) Western influences were considered to be dangerous. Textbooks and scientific papers tirelessly emphasized the priority and pre-eminence of Russian and Soviet science. Entire disciplines were declared ideologically impure, reactionary, and hostile to the cause of working-class dominance and the World Revolution. Notable examples of “bourgeois pseudo-science” included genetics and cybernetics. Quantum mechanics and general relativity were also criticized for insufficient alignment with dialectic materialism.

Most relevant to chemistry was the antiresonance campaign (1949–1951).(7) The theory of resonating structures, which brought Linus Pauling the Nobel prize in 1954, was deemed to be bourgeois pseudoscience. Scientists who attempted to defend the merits of the theory and its utility for understanding chemical structures were accused of “cosmopolitism” (Western sympathy) and servility to Western bourgeois science. Some lost jobs. . . This is a recurring motif in all political campaigns within science in Soviet Russia, Nazi Germany, and McCarthy’s America—those who are “on the right side” of the issue can jump a few rungs and take the place of those who were canceled. By the time I studied quantum chemistry at Moscow State University, resonance theory had been rehabilitated. Yet, the history of the campaign and the injustices it entailed were not discussed in the open—the Party did not welcome conversations about its past mistakes. I remember hearing parts of the story, narrated under someone’s breath at a party after copious amounts of alcohol had loosened a tongue.

Fast forward to 2021—another century. The Cold War is a distant memory and the country shown on my birth certificate and school and university diplomas, the USSR, is no longer on the map. But I find myself experiencing its legacy some thousands of miles to the west, as if I am living in an Orwellian twilight zone. I witness ever-increasing attempts to subject science and education to ideological control and censorship. Just as in Soviet times, the censorship is being justified by the greater good. Whereas in 1950, the greater good was advancing the World Revolution (in the USSR; in the USA the greater good meant fighting Communism), in 2021 the greater good is “Social Justice” (the capitalization is important: “Social Justice” is a specific ideology, with goals that have little in common with what lower-case “social justice” means in plain English).(10−12) As in the USSR, the censorship is enthusiastically imposed also from the bottom, by members of the scientific community, whose motives vary from naive idealism to cynical power-grabbing. 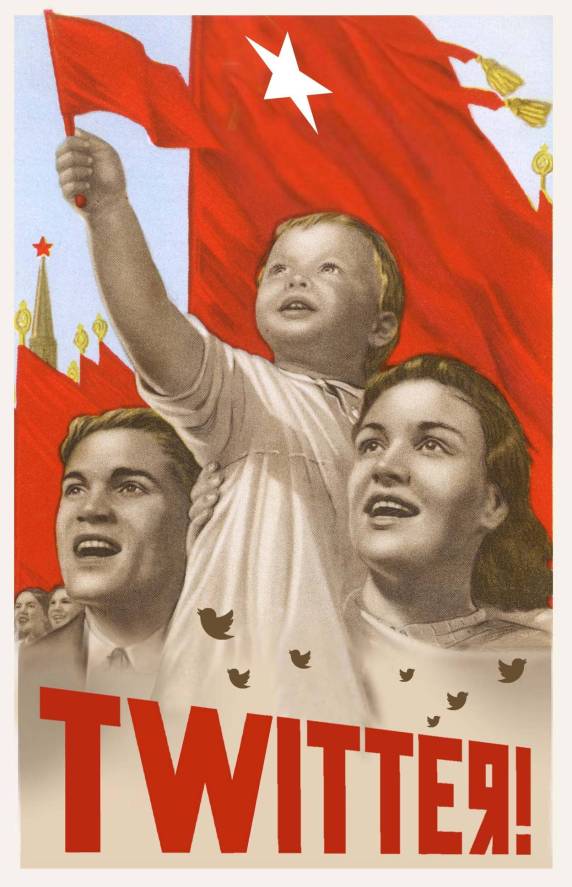 Just as during the time of the Great Terror,(5,13) dangerous conspiracies and plots against the World Revolution were seen everywhere, from illustrations in children’s books to hairstyles and fashions; today we are told that racism, patriarchy, misogyny, and other reprehensible ideas are encoded in scientific terms, names of equations, and in plain English words. We are told that in order to build a better world and to address societal inequalities, we need to purge our literature of the names of people whose personal records are not up to the high standards of the self-anointed bearers of the new truth, the Elect.(11) We are told that we need to rewrite our syllabi and change the way we teach and speak.(14,15)

As an example of political censorship and cancel culture, consider a recent viewpoint(16) discussing the centuries-old tradition of attaching names to scientific concepts and discoveries (Archimede’s Principle, Newton’s Laws of Motion, Schrödinger equation, Curie Law, etc.). The authors call for vigilance in naming discoveries and assert that “basing the name with inclusive priorities may provide a path to a richer, deeper, and more robust understanding of the science and its advancement.” Really? On what empirical grounds is this based?

History teaches us the opposite: the outcomes of the merit-based science of liberal, pluralistic societies are vastly superior to those of the ideologically controlled science of the USSR and other totalitarian regimes.

Conversations about the history of science and the complexity of its social and ethical aspects can enrich our lives and should be a welcome addition to science curricula. The history of science can teach us to appreciate the complexity of the world and humanity. It can also help us to navigate urgent contemporary issues.(25) Censorship and cancellation will not make us smarter, will not lead to better science, and will not help the next generation of scientists to make better choices.

Today’s censorship does not stop at purging the scientific vocabulary of the names of scientists who “crossed the line” or fail the ideological litmus tests of the Elect.(11) In some schools,(33,34) physics classes no longer teach “Newton’s Laws”, but “the three fundamental laws of physics”. Why was Newton canceled? Because he was white, and the new ideology(10,12,15) calls for “decentering whiteness” and “decolonizing” the curriculum. A comment in Nature(35) calls for replacing the accepted technical term “quantum supremacy” by “quantum advantage”. The authors regard the English word “supremacy” as “violent” and equate its usage with promoting racism and colonialism. They also warn us about “damage” inflicted by using such terms as “conquest”. I assume “divide-and-conquer” will have to go too. Remarkably, this Soviet-style ghost-chasing gains traction. In partnership with their Diversity, Equity, and Inclusion taskforce, the Information and Technology Services Department of the University of Michigan set out to purge the language within the university and without (by imposing restrictions on university vendors) from such hurtful and racist terms as “picnic”, “brown bag lunch”, “black-and-white thinking”, “master password”, “dummy variable”, “disabled system”, “grandfathered account”, “strawman argument”, and “long time no see”.(36) “The list is not exhaustive and will continue to grow”, warns the memo. Indeed, new words are canceled every day—I just learned that the word “normal” will no longer be used on Dove soap packaging because “it makes most people feel excluded”(37) 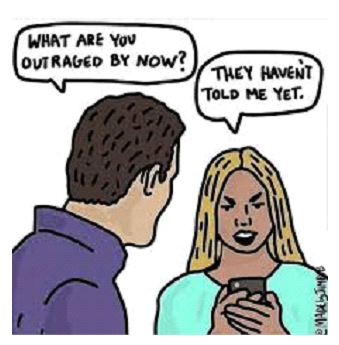 Do words have life and power of their own? Can they really cause injury? Do they carry hidden messages? The ideology claims so and encourages us all to be on the constant lookout for offenses. If you are not sure when you should be offended—check out the list of microagressions—a quick google search can deliver plenty of official documents from serious institutions that, with a few exceptions, sound like a sketch for the next Borat movie.(38) If nothing fits the bill, you can always find malice in the sounds of a foreign language. At the University of Southern California, a professor was recently suspended because students claimed to have been offended by the sounds of Chinese words used to illustrate the concept of filler words in a communications class.(39,40)

Why did I devote a considerable amount of my time to writing this essay?  .  .The answer is simple: our future is at stake. As a community, we face an important choice. We can succumb to extreme left ideology and spend the rest of our lives ghost-chasing and witch-hunting, rewriting history, politicizing science, redefining elements of language, and turning STEM (science, technology, engineering, and mathematics) education into a farce.(41−44) Or we can uphold a key principle of democratic society—the free and uncensored exchange of ideas—and continue our core mission, the pursuit of truth, focusing attention on solving real, important problems of humankind.