Disney’s portrayal of the Sorcerer’s Apprentice in over his head.

Our time is marked by progressives seeking to transform societies with magical words and rituals.  The damages from these mistaken projects is becoming more evident and likely to worsen unless they are stopped and reversed.  Anthony Matoria explains in his American Thinker article The Infrastructure of Progress.  Excerpts in italics with my bolds, headers and added images.

A Parable from the Soviet Era

At the end of World War II, stories circulated of returning Soviet soldiers, many from undeveloped towns and farms, who were impressed by the modern amenities that they observed in defeated Nazi Germany. They were especially impressed with electrical lighting and indoor plumbing and, consequently pilfered light bulbs and plumbing fixtures to take back to their more primitive homes in the hopes that they too could have electrical lighting and indoor lavatories.

The stories have something of the nature of a parable. It is tempting to mock the backwardness and naivete of thinking that one can have electric lighting without an electrical distribution system, or indoor running water without external supply and sewer lines. The stories highlight the apparent folly of thinking that one can experience the benefits of technological progress by acquiring only the most visible aspects of that progress, e.g., light bulbs and commodes, without regard to the more extensive and hidden elements that make the whole thing work. It is also tempting to ridicule someone who is so unsophisticated and backward that they do not recognize that folly.

Yet, this same folly is apparent in the agenda of the political left in Western societies.

To the extent that the stories of the simple Soviet soldiers is a parable, the lesson that is illustrated is that progress has preconditions. It requires a type of infrastructure that is congenial to the changes that are intended by reformers. The modern Left often misses this point. There are multiple examples of this.

The most obvious fallacy is that a President can fundamentally transform a Republic without a clear popular mandate to do so. Mistaking a transient and tenuous legislative majority for such a mandate is as fallacious as thinking that having a light bulb is all that is necessary to have electric lighting. Similarly, imposing unpopular and capricious mandates is futile if there is insufficient public willingness to abide by them. Public acceptance and consent beyond simple majorities is a form of political infrastructure that is necessary to properly functioning government, and overwhelming acceptance and consent is necessary for “fundamental change.”

The folly of the leftist enterprise is more extensive than merely mistaking a majority for a mandate. The fallacies do not stop with superficial legislative and bureaucratic pronouncements, but involve deeper misjudgments regarding the lives of average, decent people. One such fallacy is that which is often cited by Glenn Reynolds: that governmental schemes to create the benefits of good character and diligence, e.g., home ownership, a college degree, and productive employment, without requiring good character and diligence is not only futile, but ultimately detrimental. Good character, i.e., honesty, responsibility, resilience, respect for others, etc., are a type of infrastructure necessary to personal success and societal flourishing, and thinking that they can be replaced by government subsidy or intruding regulation is every bit as ridiculous as shoving a shower head into a mud wall and expecting it to produce hot water.

Progressives are confident that they do not need popular assent to policy, or civic virtues beyond those that are useful to their agenda as long as they have “the institutions.” This is another fallacy. It is certainly true that usurpation of institutions such as the educational system, corporate boards, the media, and local prosecutors’ offices can produce change, but the change is uniformly destructive. One can certainly change the quality of society by refusing to enforce criminal laws, pandering to identity group grievances, and expanding government at the expense of personal liberty. Such change will not be improvement. Crime, grievance and loss of liberty are inherently destructive and incapable of producing any sort of tangible benefit beyond the abstractions and indulgences of self-assured ideologues. 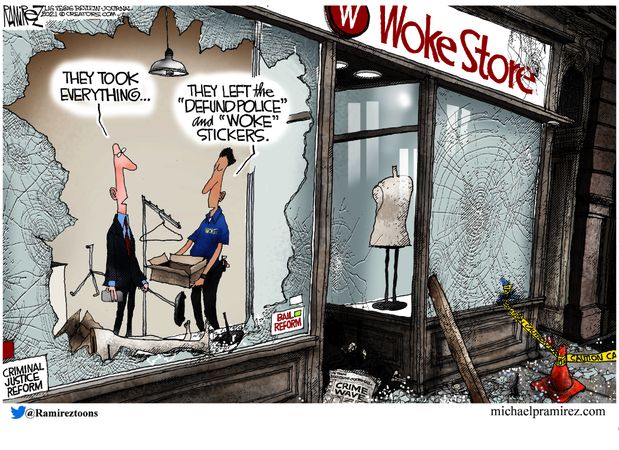 The progressive “march through the institutions” makes some assumptions that are unsupported by common experience. The most prominent of these is that people can be taught to want certain things, and that all behaviors are essentially learned behaviors. The progressive enterprise presumes that personality traits, moral character, the lessons of personal experience, and individual affections and aversions can be overcome by pedagogy and propaganda. What the progressive overlooks in his zeal for control of modern society is that individual personality traits, moral character, personal experience and individual affections and aversions are the infrastructure necessary to a healthy society. The progressive may take some encouragement from the experience of totalitarian regimes and religious cults that there is a measure of efficacy in indoctrination and programming, but only with the condition that such does not produce healthy societies or, in fact, produce anything that endures. There is a particularly blinkered and anti-human notion that the nuclear family is undesirable, when it is the infrastructure of every enduring civilization throughout history. Families are vital because they are unique, just as people are unavoidably unique. The progressive notion that there is virtue in uniformity is an idea best suited to anthills and beehives, and is unworthy of the dignity of human beings.

It is unsuited to a population that finds happiness and joy in a vast variety of different experiences and ambitions, and is a prescription for stagnation and decay.

Free expression and the competition of ideas is another form of infrastructure that is necessary to flourishing and enduring societies. The progressive idea that thoughts and facts can be suppressed as “misinformation,” so that ideas that are friendly to progressive ideologies will prevail, is naïve to the point of delusion. Such a scheme assumes a level of credulity and lack of curiosity and creativity on the part of the citizenry that is hopelessly unrealistic. Facts are stubborn things, and people tend to believe their own experience over the harangues of the self-interested elite. Ideas that cannot survive competition with other ideas will not survive human nature or the unsentimental realities of the world. Truths do not become less so because Twitter and Facebook do not like them.

The ability to recognize and evaluate facts and infer truth from them is essential infrastructure without which no society or civilization can flourish.

Justice also has an infrastructure. It does not arise from grievances that are pursued to the point of fanaticism, nor from bigoted theories that all humans are defined as either oppressed or oppressors. The infrastructure of justice is not fairness or empathy, desirable as those things are in a just system. The infrastructure of justice is recognition of the dignity and worth with which all humans are born. This requires respect for the persons and property of others, and understanding that individual choices have natural consequences, which denial of responsibility cannot negate. 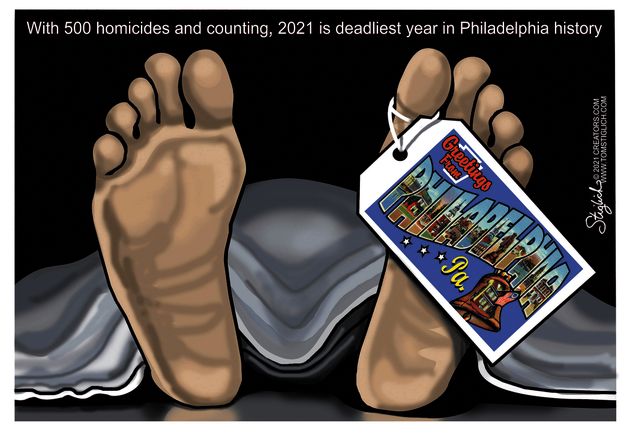 The progressive disdain for the institutions and traditions that have produced the modern world is, at base, an ignorance of the conditions and structures that are necessary to civil society. They arise from an arrogance that believes that ideologies are facts and that policies can command nature. Societies and states may improve the imperfect levels of justice, opportunity and well-being of their citizens, but they cannot do so while ignoring and attacking the very truths, traditions and institutions that have provided the highest degree of justice, opportunity, and progress that the world has ever known.