Roger Koops has done his homework and explains what he’s found in his Brownstone article The Next Step for the World Economic Forum.  Excerpts in italics with my bolds and added images.

First, a quiz:  What do all of the following have in common?

If I give you the names of the following people – Biden, Trudeau, Ardern, Merkel, Macron, Draghi, Morrison, Xi Jinping – what do you think that they have in common? Yes, they are all pampered and stumble over themselves, but that is also not the connection.

One can see very quickly that these names certainly connect to lockdown countries and individuals who have ignored their own laws and/or tried in some way to usurp them. But, there is more to it than that and I will give a hint by providing a link with each name.

They are all associated with the World Economic Forum (WEF), a “nonprofit” private organization started (in 1971) and headed by Klaus “You will own nothing and be happy” Schwab and his family. This is a private organization that has no official bearing with any world governance body, despite the implication of the name. It could just as well have been called the “Church of Schwabies.” The WEF was the origin of the “Great Reset” and I would guess that it was the origin of “Build Back Better” (since most of the above names have used that term recently). 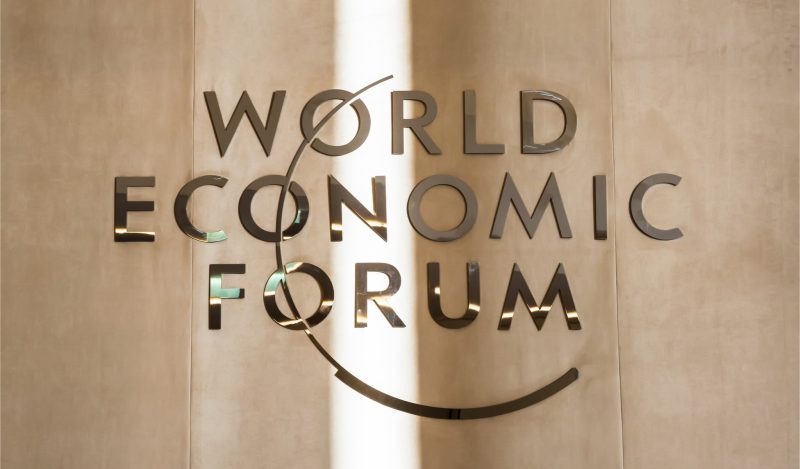 If you think that the WEF membership ends with just leaders of countries, here are a few more names:

Allow me to introduce more of the WEF by giving a list of names for the Board of Trustees.

The extent of reach is huge even beyond the worldwide leader network. For example, we all know what Bill Gates has been doing with his wealth via the Bill and Melinda Gates Foundation (BMGF). But, the Wellcome Trust is equal to the task. Who is the Director of the Wellcome Trust? One named Jeremy Farrar, of the United Kingdom SAGE and lockdown fame – arguably the architect of the US-UK lockdowns in 2020 – is closely associated with WEF.

The questions now have to be asked:

The next questions, for those of us who at least pretend to live in “Democratic” societies, have to be:

Can we anticipate their next moves? There may be some hints.

Jeremy Farrar of The Wellcome Trust recently wrote an article for the WEF with the CEO of Novo Nordisk Foundation, Mads Krogsgaard Thomsen. It is a summary of a larger piece written for and published by the Boston Consulting Group.

In this article, they propose that the way to “fix” the problem of antibiotic resistant bacteria is via a subscription service. That is, you pay a fee and when you need an antibiotic, presumably an effective one will be available for you.

My guess is that they have the same philosophy for vaccines and that certainly seems to be the approach with Coronavirus. Keep paying for and taking boosters.

In view of this philosophy, the vaccine mandates make sense. Get society “addicted” to an intervention, effective or not, and then keep feeding them. This becomes especially effective if you can keep the fear going.

This approach is so shortsighted, from a scientific viewpoint, it astounds me. But, like much of recent history, I think science has little to do with it. The goal is not scientifically founded but control founded.

Producing more antibiotics and giving them on subscription to the users is not the answer. That will only lead to more resistant forms and there will be this continuing loop of antibiotic use. But, if the actual goal is societal addiction to antibiotics out of fear, just like addiction to universal Covid vaccines out of fear, then it makes sense.

Finding a few universal antibiotics that deal with the resistant forms is important and it is also important to use those sparingly and only as a last resort. In addition, better management of antibiotic use in our society would go a long way to attenuating the problem.

There is nothing particularly controversial about that observation. It was accepted by nearly every responsible health professional only two years ago. But we live now in different times of extreme experimentation, such as the deployment of world-wide lockdowns for a virus that had a highly focused impact, with catastrophic results for the world.

It was the WEF on March 21, 2020 that assured us “lockdowns can halt the spread of Covid-19.” Today that article, never pulled much less repudiated, stands as probably the most ridiculous and destructive suggestion and prediction of the 21st century. And yet, the WEF is still at it, suggesting that same year that at least lockdowns reduced carbon emissions.

We can easily predict that the WEF’s call for a universal and mandated subscription plan for antibiotics – pushed with the overt intention of shoring up financial capitalization of major drug manufacturers – will meet the same fate: poor health outcomes, more power to entrenched elites, and ever less liberty for the people.