Some good news about education materials to inoculate children against brainwashing by woke teachers and social media messaging.  H/T Tom Woods for an alert to these timely resources for today’s families. From Tuttle Twins website.

If you’re like me, you’re worried about the “new normal” society is trying to cram down our throats.

In the wake of Covid-19, the government has asserted its power, printed a ton of new money, and restricted our rights.

Our kids have had to adjust, too — and many of us struggle to know how to help them understand what’s happening in the world.

To make matters worse, the public school system, the mainstream media, and the entertainment industry aren’t helping. They are openly pushing socialism and woke-ism
into the minds of our kids every day.

Just recently, an elementary school in my community plastered the wall with the ABCs of socialist activism — teaching kids terms such as “W is for woke,” “S is for social justice,” and “A is for activist.”

These radical messages work their way into school curriculum, movies, advertising, and social media platforms to persuade our impressionable children.

Parents like you struggle to find educational material that doesn’t lie about our nation’s history or teach that the government is the solution to our problems.

The Tuttle Twins are the only books that help children develop critical thinking skills about real-world concepts—sharing ideas with kids that most adults don’t even know!

Let’s be honest, most children’s books teach very basic ideas, if any at all—they’re full of fluff and silly stories. And while these can be good to develop reading skills and phonetics, they typically don’t teach children important ideas that they can apply in their life.

Our books recognize that the world is full of companies, people, and politicians who want to expose your children to ideas you do not support.

This includes school teachers who see their job as “activism” to spread leftist ideas and encourage children to think like they do.

The Tuttle Twins empower parents like you to make sure your children have a foundation of freedom—to understand the ideas of a free society that socialists are trying to hard to undermine.

With our books, your children will learn things like:

Footnote: Woke Pressure on Authors of Books for Children

Until In recent years they have been targeted for imagery deemed stereotypical or out-of-date. A 2014 scholarly work asserted that The Cat in the Hat is an elaborate mockery of black people. In 2017, when then-First Lady Melania Trump gifted a collection of Dr. Seuss to a Massachusetts school, the books were returned by librarian Liz Phipps Soeiro with a note that the literature was “steeped in racist propaganda, caricatures, and harmful stereotypes.”

In 2019 a full on witch hunt was triggered when researchers Katie Ishizuka and Ramón Stephens published a study in the journal “Research on Diversity in Youth Literature” entitled “The Cat Is Out of the Bag: Orientalism, AntiBlackness, and White Supremacy in Dr. Seuss’s Children’s Books,” deeming them vehicles of “white supremacy.”  To appease outraged woke parents (activists?)  Dr. Seuss school events were canceled and six popular books selected to go out of print.

After canceling six Dr. Seuss books on spurious charges of racism, the massive German publishing giant and the secretive company that owns the rights to the deceased author’s work announced that they would be unveiling new “inclusive” Seuss books by diverse writers.

Seuss, or Theodor Geisel, an old dead white man is insufficiently diverse for his publishers.

While the names of the new stable of “inclusive” writers haven’t been made public, Penguin Random House, a subsidiary of the German Berteslman giant, also publishes or distributes prominent racists like Ibram X. Kendi, Robin DiAngelo, and Ta-Nehisi Coates. 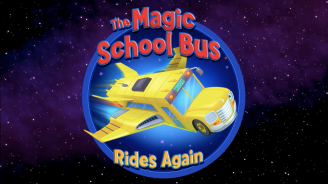 The Magic School Bus is back in the new Netflix series The Magic School Bus Rides Again! Overall, it’s still a nice, fun 13-episode series like we remember from when we were kids, but with some left turns. There is a pretty predictable take on climate change propaganda for little kids, but that wasn’t the worst. That dubious honor goes to the episode that teaches kids that a monster will eat them if they don’t use alternative clean energy sources.

Episode 12, “Monster Power,” teaches kids that a monster will eat them if they don’t use alternative clean energy sources. Albert, one of the students, has seen a movie in which the evil monster loves pollution and is “coming for us next for what we’ve done to this planet!” With the class camping in the woods, Miss Frizzle and the other students help him come up with clean energy alternatives (wind, water, etc) so they won’t be eaten. Instead, Miss Frizzle could tell him that monsters aren’t real, but I guess that didn’t occur to her. 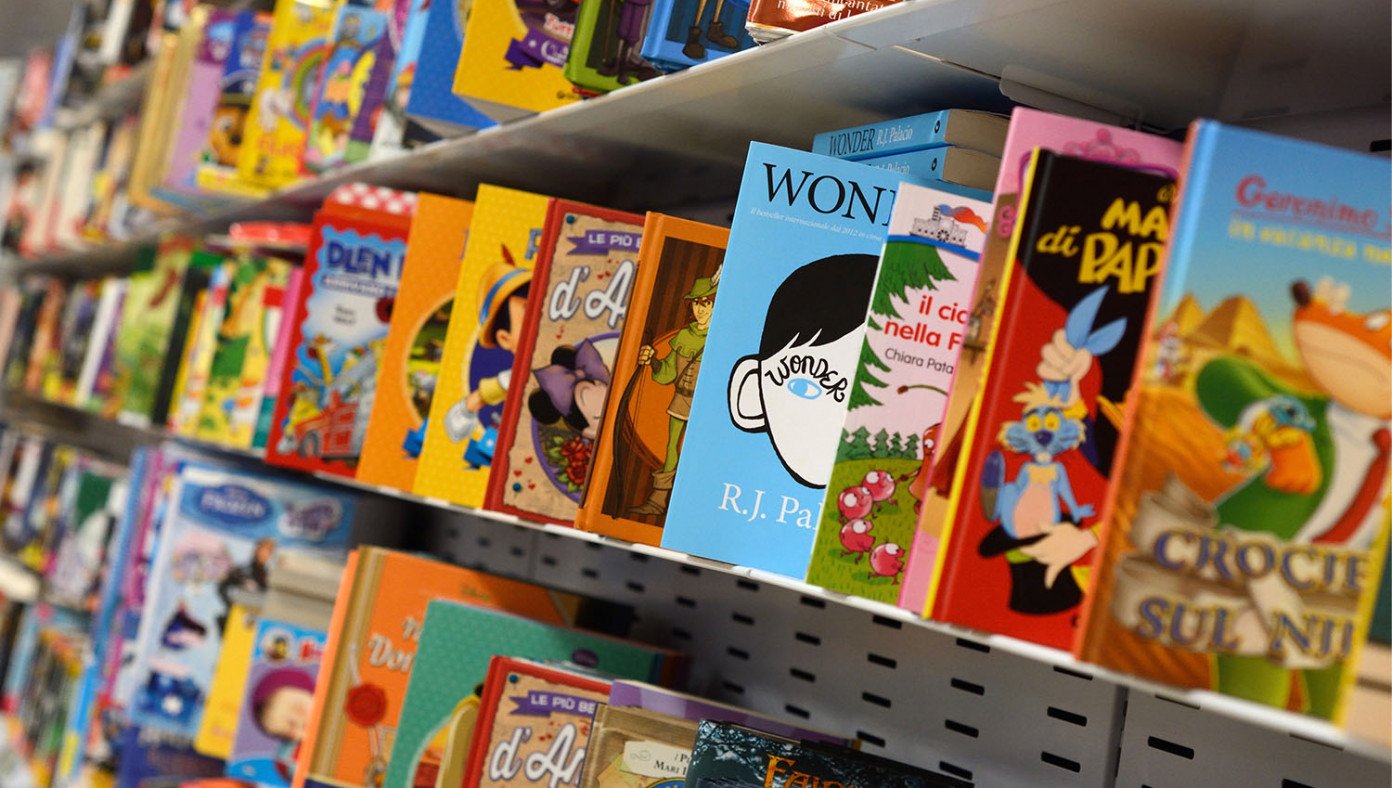 You Think Dr. Seuss Is Bad? Here Are 12 More Children’s Books That Should Be Canceled IMMEDIATELY

Your child’s bookshelves are crawling with racism and toxic problematicness.

But don’t worry — it’s nothing we can’t fix with a little good, old-fashioned book burning.

There are hundreds of children’s books that could use a good canceling. But let’s just start with these for now:

1. Horton Hears a Who — This Seuss book hasn’t been canceled yet, but it sure needs to be. The book claims a person is a person no matter how small, showing that Seuss hates women’s rights and wants to control their bodies.

3. Every Berenstain Bears book — These books perpetuate the idea of a nuclear family with traditional values. They also appropriated furry culture.

4. Clifford the Big Red Dog — He’s literally a dog whistle for far-right neo-Nazi extremists and their affinity to the color red.

5. Charlie and the Chocolate Factory — Teaches kids there should be consequences for bad behavior without even considering the child’s race, ethnicity, or history of being oppressed.

6. The Very Hungry Caterpillar — This book encourages kids to consume and consume, destroying the environment for their own personal gain.

7. Goodnight Moon — Honestly, it’s probably not racist, but if we have to read this book to our kids one more time we’re gonna die.

8. The Jungle Book — Insensitive and stereotypical of Indian culture. Mowgli is called “man-cub,” and don’t even get us started on that loaded term. How has this not been canceled already?

9. If You Give A Mouse A Cookie — Teaches kids about cause and effect– which, as we all know from corporate anti-racism training, is an aspect of white culture not shared by other people groups.

10. The Tuttle Twins — Free markets? Individual responsibility? American history? Are you kidding? Where do we even start? We literally can’t even with this one.

11. The Little Engine That Could — Implies that hard work and effort can help you overcome challenges, which is pretty tone-deaf considering oppressed groups aren’t able to benefit from hard work.

Get out the kerosene if you love your children. (satire/off)

In April, CNN published an opinion piece arguing that the “right-wing children’s entertainment complex is upon us.” Prominently featured as a case in point were the Tuttle Twins children’s books, created by Connor Boyack to offset the progressive propaganda that many children now confront in classrooms across the country.

“The goal is to seal conservatives’ children off from a broader culture, to protect them from supposed liberal indoctrination by getting a head start on conservative indoctrination,” wrote Nicole Hemmer, a researcher at Columbia University with the Obama Presidency Oral History Project, in her CNN article.

Boyack laughed when he read that. “I find it humorous that those in the left-dominated media are wringing their hands about a few of us doing what they have long been doing,” he told me this week. “The progressive mob has long been infiltrating and leveraging pop culture, the school system, and entertainment outlets—and suddenly they’re outraged when we’re providing a counter message to their myopic, woke worldview? They’re clearly crocodile tears—faux outrage over something the ‘left’ has long been up to.”

But Boyack welcomes more criticism from left-leaning media sites because it boosts his sales. Parents, it turns out, are clamoring for learning materials that offer different viewpoints and perspectives than what their children receive in their schools and throughout the broader culture.