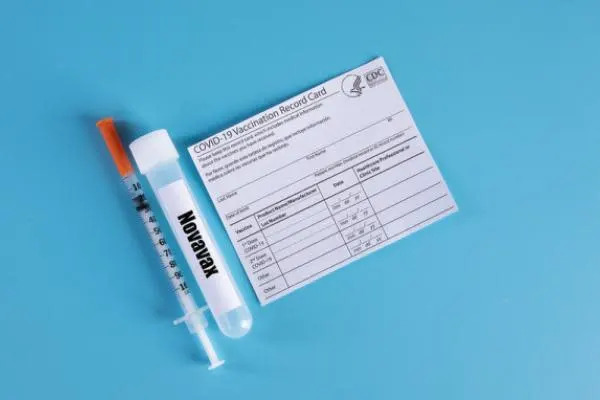 Ok, my hand was forced because we booked a transatlantic cruise for November, after which the company informed us proof of a Covid booster shot would be required to board the ship in Civitavecchia (Rome).  My blood test last December showed plenty of antibodies and I’ve tested negative for Sars CV2 many times.  For reasons described later on, I do not want more gene therapy experimentation in my body.  Fortunately, Novavax is now approved and available, and I got boosted with a real vaccine shot yesterday in Montreal where I live.

How is Novavax different than the other COVID-19 vaccines in the U.S.?

Though COVID vaccines may utilize different delivery mechanisms, the end result is the same: cells in the body recognize that a spike protein (the spikes you see sticking out of the coronavirus in pictures) doesn’t belong, and the immune system reacts by activating immune cells and producing antibodies to attack the real virus if you get exposed.

But, unlike the other vaccines, Novavax directly injects a version of the spike protein, along with another ingredient that also stimulates the immune system, into the body, leading to the production of antibodies and T-cells. (It injects a version of the spike protein that has been formulated in a laboratory as a nanoparticulate that does not have genetic material inside and cannot cause disease.)

“I often tell people, imagine an eggshell without an egg in it. That’s what it is,” Dr. Wilson says.

The Novavax vaccine is a traditional one compared to the other vaccines. Its technology has been used before in vaccines to prevent such conditions as shingles, human papillomavirus, and DTaP (diphtheria, tetanus, and pertussis), among others.

Has the Novavax vaccine been authorized outside of the U.S.?

Yes. The Novavax coronavirus vaccine (brand names: Nuvaxovid and Covovax) is already being used to prevent the coronavirus in 40 other countries, including Canada.

Novavax is based in Maryland, and the vaccine was developed in the U.S. in 2020 with support from the federal government program Operation Warp Speed, but it’s progress was slowed by manufacturing difficulties. Finally, in November 2021, countries around the world, starting with Indonesia and the Philippines, later followed by the United Kingdom, began granting authorizations for the vaccine.

Novavax applied to the FDA for authorization in January of this year.

A Distinction Which is a Real Difference

My discomfort with mRNA shots is multiple:  The trial data from Pfizer and Moderna is still being withheld; the trial period was too short to reveal any long-term side effects; the companies were given total immunity from liability for damage to people injected with their products. And, they unscrupulously trashed effective generic viral treatments like Hydroxychloroquine and Ivermectin to protect their vaccine payday. A more detailed analysis is below.

From Joseph Mercola writing at Bright Health News COVID-19 ‘Vaccines’ Are Gene Therapy  Excerpts in italics with my bolds.

Not a vaccine in the medical definition, the COVID-19 ‘vaccine’ is really an experimental gene therapy that does not render immunity or prevent infection or transmission of the disease.

♦  mRNA contain genetic instructions for making various proteins. mRNA “vaccines” deliver a synthetic version of mRNA into your cells that carry the instruction to produce the SARS-CoV-2 spike protein, the antigen, that then activates your immune system to produce antibodies

♦  The only one benefiting from an mRNA “vaccine” is the vaccinated individual, since all they are designed to do is lessen clinical symptoms associated with the S-1 spike protein. Since you’re the only one who will reap a benefit, it makes no sense to demand you accept the risks of the therapy “for the greater good” of your community

♦  SARS-CoV-2 has not even been proven to be the cause of COVID-19. So, a gene therapy that instructs your body to produce a SARS-CoV-2 antigen — the viral spike protein — cannot be said to be preventive against COVID-19, as the two have not been shown to be causally linked

Illegal to Promote mRNA Products without Evidence of Safety and Effectiveness

The lack of completed human trials also puts these mRNA products at odds with 15 U.S. Code Section 41. Per this law,[13][14] it is unlawful to advertise “that a product or service can prevent, treat, or cure human disease unless you possess competent and reliable scientific evidence, including, when appropriate, well-controlled human clinical studies, substantiating that the claims are true at the time they are made.”

What’s more, key secondary end points in Moderna’s trial include prevention of severe COVID-19 disease (defined as need for hospitalization) and prevention of infection by SARS-CoV-2, regardless of symptoms.[15[16] However, Moderna did not actually measure rate of infection, stating that it was too “impractical” to do so.

That means there’s no evidence of this gene therapy having an impact on infection, for better or worse. And, if you have no evidence, you cannot fulfill the U.S. Code requirement that states you must have “competent and reliable scientific evidence … substantiating that the claims are true.”

Making matters worse, both Pfizer and Moderna eliminated their control groups by offering the real vaccine to any and all placebo recipients who want it.[17] The studies are supposed to go on for a full two years, but by eliminating the control group, determining effectiveness and risks is going to be near impossible.

Gene Therapy is a Last Resort, not the First Response

Here, it’s worth noting that there are many different treatments that have been shown to be very effective against COVID-19, so it certainly does not qualify as a disease that has no cure. For example, research shows the antiparasitic ivermectin impairs the SARS-CoV-2 spike protein’s ability to attach to the ACE2 receptor on human cell membranes.[19]

It also can help prevent blood clots by binding to SARS-CoV-2 spike protein. This prevents the spike protein from binding to CD147 on red blood cells and triggering clumping.[20]

It makes sense, then, that gene therapy should be restricted to incurable diseases, as this is the only time that taking drastic risks might be warranted. That said, here’s how the U.S. Food and Drug Administration defines gene therapy:[21]

“Human gene therapy seeks to modify or manipulate the expression of a gene or to alter the biological properties of living cells for therapeutic use. Gene therapy is a technique that modifies a person’s genes to treat or cure disease. Gene therapies can work by several mechanisms:

I’ve written many articles detailing the potential and expected side effects of these gene therapy “vaccines.”

The take-home message here is that these injections are not vaccines. They do not prevent infection, they do not render you immune and they do not prevent transmission of the disease. Instead, they alter your genetic coding, turning you into a viral protein factory that has no off-switch. What’s happening here is a medical fraud of unprecedented magnitude, and it really needs to be stopped before it’s too late for a majority of people.

If you already got the vaccine and now regret it, you may be able to address your symptoms using the same strategies you’d use to treat actual SARS-CoV-2 infection. And, last but not least, if you got the vaccine and are having side effects, please help raise public awareness by reporting it. The Children’s Health Defense is calling on all who have suffered a side effect from a COVID-19 vaccine to do these three things:[32]