Black and white group photograph of immigrants posing for a photograph aboard the passenger ship Italia. Donato Sforza emigrated from Italy with his family in 1959 and are part of the group in this photograph. According to the archives at Pier 21 in Halifax, Nova Scotia the Italia stopped at the following ports: New York, Montreal, Quebec, Halifax-Plymouth, Havre, Southampton, Zeebrugge, Cuxhaven and Hamburg.

Geoffrey Clarfield explains at American Thinker The Anti-White Lie Behind Multiculturalism.  Excerpts in italics with my bolds.

Like America, Canada is a nation comprised of people from around the world. And like America—perhaps even more than America—Canada is wearing racial blindfolds that make the government incapable of seeing that, just as “people of color” represent many different races, lands, and cultures, the same is true for “pale faced” people. This blindness erases Canada’s rich ethnic history.

As an anthropologist who spent 17 years living and working in Sub-Saharan Africa, where Black lives really matter and where everyone belongs to a tribe with which they identify, it pains me that I must explain to fellow Canadians (and Americans) that pale-faced people are not all the same. Are they just one thing — that is, one ethnic group in contrast to the myriad of “others”? No.

Canada’s government allows residents to choose from the following menu as a form of self-definition: White, South Asian, Chinese, Black, Filipino, Arab, Latin American, Southeast Asian, West Asian, Korean, Japanese, and First Nation. I found the most interesting category, “White.” No, there is no such thing as just “White.” Let us consider for a moment all those founding Canadian citizens—the “pale faces”—who were either born here or moved here from abroad.

The flag of the city of Montreal honors the founding races. It includes the French fleur de lis, the English rose, Irish shamrock and Scottish thistle. The Iroquois tree represents aboriginal people.

The first group of Canadian pale faces is the French-speaking citizens of Quebec and other parts of Canada whose ancestors came from France and settled here. They have a strong provincial government that protects and encourages their language, literature, music, poetry, film, scholarship, historical monuments, and all those other things that make a culture distinct.

The Quebecois, as they call themselves, are an ethnic group with a clear sense of who belongs and who does not belong. This week they elected a government that wants to limit immigration and protect the descendants of the founding population.

Then there are the descendants of the Protestant English and the Protestants of Northern Ireland, who founded the area of Upper Canada and conquered the Quebecois, allowing them to retain their culture and religion but insisting that England and things English be the beau ideal of the state.

They knew who was in and who was out. In Ontario, until WWII, there was little chance of a government job if you were not Protestant. British subjects hired British subjects and their children. They intermarried and kept apart from others. In slang, they are called WASPS, and their elites ran the country politically, economically, culturally, and religiously until the 1960s, with some elite Quebecois input.

Canada has many Celts: Irish Catholics, the fourth largest ethnic group in the country, who came from Catholic Ireland (the Republic), and the Catholic communities from Ulster. They are family-oriented, have a deep historic identity, and a culture of song, dance, and literature that they often justly feel may be better than the English speakers who call themselves English. Some of them still speak kinds of Gaelic.

Next come the Scots, lowland Protestants, highland Catholics, and later splinter groups like Presbyterians—but all of them feel Scottish and, similarly, there are the Welsh.

Image: People who look diverse – including those “White people,” by rawpixel.

Other pale faces have arrived since these founders. There are Central European pale faces, such as the Dutch, Belgians, Germans (who were once a majority in Kitchener, Ontario), Scandinavians and, of course, the non-conformist Protestant German-speaking Amish and Mennonite religious communities that have flourished here. The same region sent Czechs, Poles, Slovenians, Slovaks, Bulgarians, Serbs and Croats, Ukrainians, Russians, and other Slavs who have been here as Orthodox, Catholic, and Evangelicals for more than one hundred years.

Every one of these groups is ethnically distinct and has its own culture.

There are also the “second class” pale faces, such as Catholic Spaniards, Portuguese, Italians, and Orthodox Greeks, all Mediterranean peoples. Although Canada’s Anglo-Canadian-Celtic founders recognized them as some sort of second-order European, these same founders often felt that they just had too many swarthy members and, therefore, were second class. That’s why places used to have restrictive signs about Jews, Catholics, and Blacks.

And what about those Jews? Who are they? Sometimes they look German, Ukrainian, or Sicilian. Still, the constant is that other pale-faced Canadians have always treated them as second-class citizens who must “prove their loyalty.” Like the Jews, the Roma are treated as White, too, despite their Indian subcontinent origins.

Until long after WWII, most of these “pale face” groups were endogamous, and many still are, statistically speaking, meaning that they married, lived and, often, worked among each other and not members of other ethnic groups.

So why are all the pale faces, and almost pale faces,
these days lumped together as Whites on a government census?

This is very bad anthropology. It is not science-based. It is not empirical, and—God forbid! —it’s not evidence-based either. Also, remember that some pale-faced groups hate and persecute other pale-faced groups, a key aspect of many “ethnic boundaries.” Consider the war in Ukraine! This is just one example.

The madness of this census and its broken categories comes down to one thing: political correctness and Critical Race Theory, which, when taken together, must invent a category of “White” so proponents can blame everyone else’s suffering on this social construct. This ignores the fact that pale-faced ethnic groups are as diverse as people of color. If we were to take the CRT acronym of DIE (“diversity, inclusion and equity”) seriously, then these groups and the individuals who comprise them should be allowed to self-define.

Since we now live in a society that allows us to choose our pronouns, why can’t we choose our ethnicity as our fundamental defining feature, for it realistically includes things like neighborhoods, religious affiliation, and a way of looking at the world (not to mention good food)?

Should not, according to this twisted logic, the next government census reflect this multicultural truth? Can I again quote singer-songwriter Leonard Cohen (deceased member of one of Canada’s transnational minorities) because the truth is, “Everybody knows.”

These Canadian census categories are very bad anthropology. They are unbalanced, and they are used to reduce hiring in the private sector and the government by those who are naïve enough to check off their category as “White.” The newspapers here are full of examples, and the policies are not hidden. Affirmative action based upon these bogus anthropological categories is totally out of control in this once fine country.

Canada and Canadians are at their best when they reject the politicization of personal identity; when they abide by the shared traditions of Anglo-American law and the Judeo-Christian tradition; and above all, when they are judged by the quality of their character, not by the color of their skin or ethnic identity.

Canadians, like Americans, must reject the politicization of ethnic labels. Give the study of ethnicity back to the anthropologists, for that is where it came from. Let us once again become individuals, equal under the law.

I doubt Leonard Cohen had climate or social justice in mind when he wrote this masterpiece.  But he did have a pertinent poetic insight; namely, that social proof is an unreliable guide to the truth. 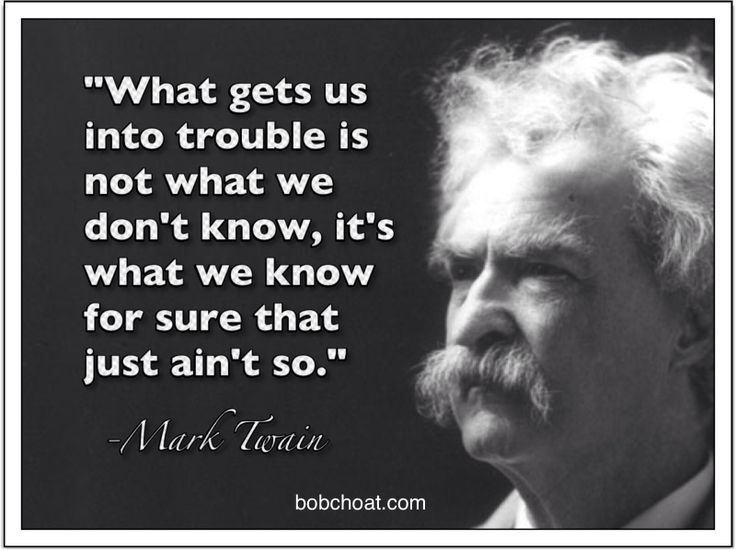