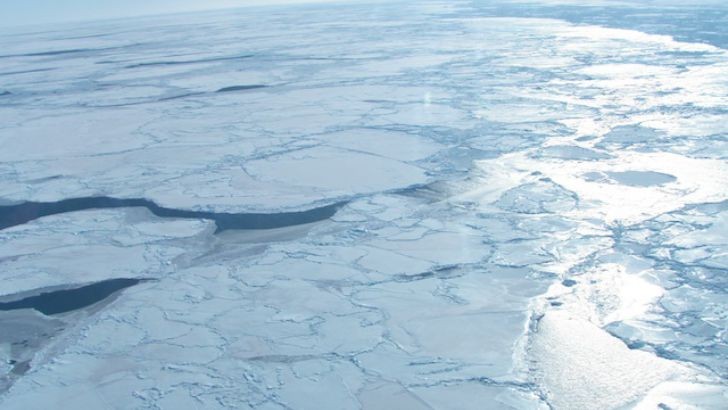 The background for the compilation series is provided in the first post along with my starting point analyzing temperature records. See Climate Compilation Part I Temperatures

Another preoccupation has been the fluctuating Arctic Sea Ice extents. I noticed that warmists were quite focused on this issue, especially the annual minimums in September. And despite the long record of ice charts prepared by naval authorities, all the ice watchers referred almost exclusively to the satellite estimates, especially the NASA team results published as the Sea Ice Index (SII) on NSIDC.

In the past some researchers had preferred the ice charts from the NIC (US Naval Ice Center, now National Ice Center) and noted differences between operational observations from NIC and the satellite estimates that rely on passive microwave sensors. The NIC index is called MASIE (Multisensor Analyzed Sea Ice Extent), has a higher resolution, higher threshold for declaring a grid cell ice-filled, and generally shows more ice extent than SII.

My concern is to raise awareness of a high quality sea ice record that has been largely ignored by a myopic focus on satellite estimates. Periodic ice reports can be found on this blog on a bi-monthly basis.

Sometimes there are storms or other surprising events to report, such as the late additional freezing in January that trapped Russian ships shown in the image above and posted as Arctic Ice Takes Revenge.

Last year it was also interesting to follow the progress of the Polar Challenge sailing ship Northabout as well as the cruise ship Serenity passing through the Arctic seas and the Canadian Arctic Archipelago. For example see Arctic Ships Past Halfway from Aug. 29, 2016.

Over time I have learned how to use the visual files MASIE provides in Google Earth formats. For example, these images of sea ice waxing and waning in Hudson Bay.

Hudson Bay is providing a great example how ice extents can change dramatically in such a relatively shallow basin near the Arctic circle. Last December 2016 some concerns were expressed about the lack of ice in Hudson Bay, which were suddenly overcome in ten days starting December 9. Watch:

Now fast-forward to this spring 2017 when ice was persisting strongly in both Baffin and Hudson Bays. Starting ten days ago on June 18 Summer is showing us how quickly goes the opposite effect, including a major meltdown the last two days. On the right side you can see Newfoundlanders are finally rid of their ice.

For an overview of Arctic Ice Watching along with some amusement, see Ice House of Mirrors.