Correction January 9, 2018:
My terminology in the title is off.  The event is more properly called a “twitstorm.”

Wonderful example of leftist conspiracy ideation explodes when warmists are exposed to historical truth.  At the American Museum of Natural History in New York a plaque in place for 25 years has been attacked as though it were a Confederate statue. The whole story comes from a sympathetic source, the Verge:
The climate change misinformation at a top museum is not a conservative conspiracy.

The article describes a  fine dust-up of political correctness.  (Excerpts below in italics with my bolds.)

Over the weekend, Twitter users — including some climate scientists — were upset by a plaque at the American Museum of Natural History (AMNH) in New York, which seems to be spreading misinformation about climate change. The panel, titled “Recent Climatic Changes and Extinctions,” misstates the role that human emissions of greenhouse gases play in causing global warming. It also says that, although we’re currently living in one of Earth’s warm periods, “there is no reason to believe that another Ice Age won’t come.” But it turns out, the panel was put up 25 years ago, according to the museum, so it contains outdated information that reads very differently today.

From an exhibit on Recent Climatic Changes and Extinctions: 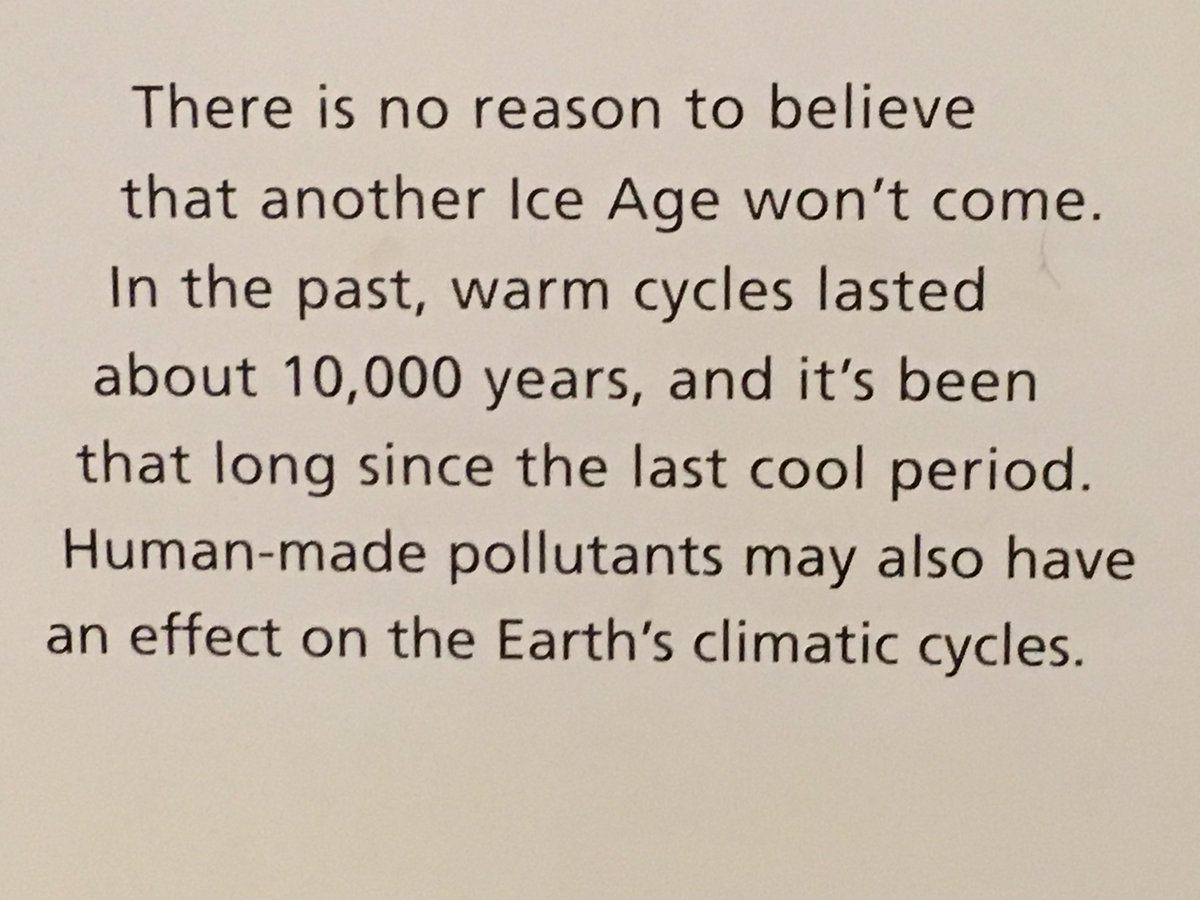 The Offensive Text on the Plaque

Images of the sign were first tweeted by environmental economist Jonah Busch, and were shared over 2,000 times. Busch tweeted that the panel is at the David H. Koch Dinosaur Wing, which was funded by right-wing philanthropist and fossil fuel magnate David H. Koch, and asked the museum to “separate this panel from its donor’s interest.” The tweet sparked outrage among scientists and the general public: “Dear @AMNH I bring my young kids to visit regularly because science & natural history is fascinating, inspiring and fun,” one tweet read. “Please do not misguide their curious minds. If we can’t even trust the AMNH to give us the facts who can we? Very sad.”

But the sign is actually located in the Hall of Advanced Mammals in the Lila Acheson Wallace Wing of Mammals and Their Extinct Relatives, and was installed “many years before David Koch supported the Dinosaur Halls,” says Kendra Snyder, a spokesperson for the AMNH, in an email to The Verge. Busch says he didn’t realize that hall was separate from the dinosaur wing because both are on the same floor. Because some of the permanent exhibitions at the AMNH were funded by Exxon as well as the Koch brothers, which are known funders of climate deniers, “it makes it that much harder to give them the benefit of the doubt,” Busch tells The Verge. But Snyder says that at the AMNH, “scientific and educational content is determined by scientists and educators. That is not the role of donors.”

The sign reflects the scientific data available at the time, Snyder says, adding that today, that same information is “clearly subject to misinterpretation.” “If that label copy were written today it would likely come with a different context and emphasis, including more recent scientific data,” Snyder says. “This happens sometimes in permanent halls and we do review existing content — this is a case where we will do that.”

The journalist adds her spin to the story:
The dinosaur wing at the AMNH still bears his name. But the plaque in question is not in that wing, according to Snyder. The sign explains what causes ice ages, Earth’s cyclical periods when temperatures drop and glaciers spread. The sign says that, “There is no reason to believe that another Ice Age won’t come. In the past, warm cycles lasted about 10,000 years, and it’s been that long since the last cool period.” But that’s probably wrong, based on what we know today. Because we pump heat-trapping greenhouse gases like carbon dioxide into the atmosphere, the world is warming up — and that is messing up Earth’s cycles of cold and warm spells. In fact, our CO2 emissions will delay the onset of the next ice age by at least 100,000 years.

The sign in the dinosaur wing also says that, “Human-made pollutants may also have an effect on the Earth’s climatic cycle.” Today, using the word “may” is misleading: the role our greenhouse gas emissions play in causing climate change is well established. Virtually all scientists agree that human activities, such as the burning of fossil fuels, are to blame for the warming up of our planet. In fact, the entire world — except the United States — is working together to cut emissions in order to curb global warming.

Such a tragedy that a supposedly safe space like a museum would mention cooling in the future. Our CO2 emissions prohibit anything but a warmer future.  Human CO2 ensures that the next ice age is postponed almost indefinitely, and that should be on a big sign that everyone can see. And wishy-washy words like “may” have no place in the world as warmists know it.

Can anything in the building be trusted?  Everyone be vigilant! (sarc/off) 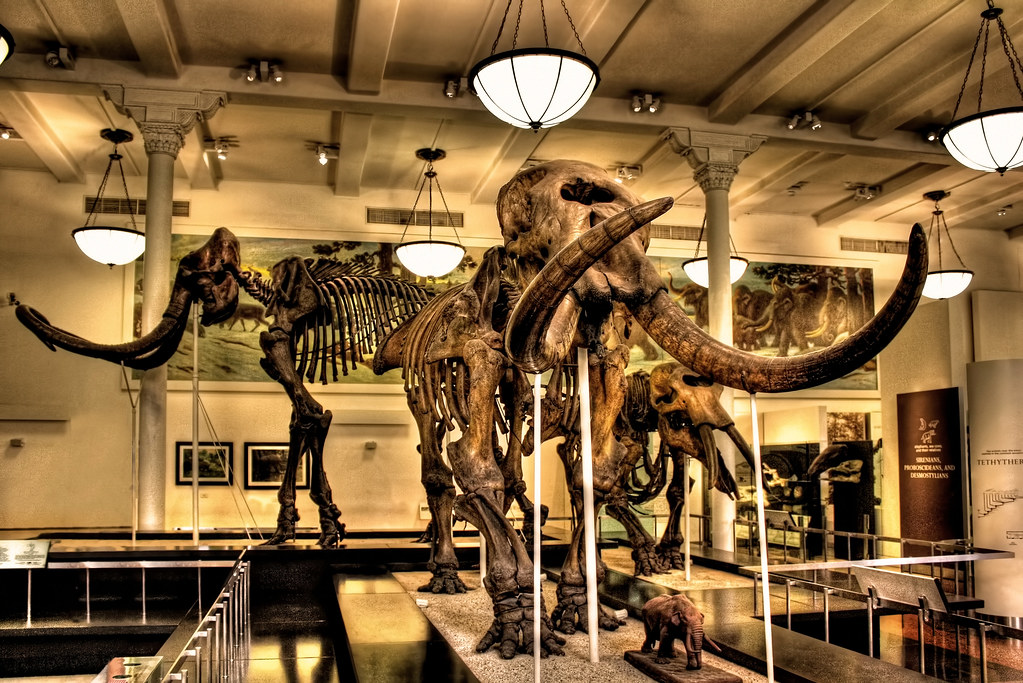