Marketing and social influence makers have used opinion surveys extensively to promote awareness, interest and motivation to engage with their products or preferred policies. I have written before on how this ploy is used regarding global warming/climate change (links at bottom). This post is prompted by a fresh round of climate polls and some further insight into how results are created to support a socio-political agenda.

Of course, any opinion poll on climate as a public policy matter is indicating how much of the blather in the media has penetrated public consciousness, and softened them up for political pitches and financial support. And the continuing samplings and reports need to show progress to keep activist hopes alive.

Just yesterday we had an announcement along these lines. Poll shows consensus for climate policy remains strong is published at Phys.org from Stanford U. (where else, home of the belated Stephen Schneider, among many other leading alarmists). Stanford also happens to be my alma mater, but when I was studying organic chemistry there, we knew life on earth was carbon-based and did not think CO2 was a pollutant.

Climate Public Opinion is a Program of Research by the Stanford Political Psychology Research Group (website link) and has done frequent surveys on the question: What do the residents of the United States believe about global warming?

From psy.org article (excerpts in italics with my bolds):

While the United States is deeply divided on many issues, climate change stands out as one where there is remarkable consensus, according to Stanford research.

“But the American people are vastly underestimating how green the country wants to be,” said Jon Krosnick, a professor of communication and of political science at Stanford, about new findings from a poll he led on American attitudes about climate change.

The study was conducted with ABC News and Resources for the Future, a Washington, D.C.-based research organization. A representative sample of 1,000 American adults nationwide were polled from May 7 to June 11, 2018. The margin of error is +/- 3.5 percentage points.

The poll showed that Americans don’t realize how much they agree about global warming: Despite 74 percent of Americans believing the world’s temperature has been rising, respondents wrongly guessed 57 percent.

“The majority doesn’t realize how many people agree with them,” said Krosnick. “And this may have important implications for politics: If people knew how prevalent green views are in the country, they might be more inclined to demand more government action on the issue.”

“Public belief in the existence and threat of global warming has been strikingly consistent over the last 20 years, even in the face of a current administration skeptical about climate change,” said Krosnick, who has been tracking public opinion about global warming since 1995.

Krosnick has learned from his 20 year experience with this topic, and shares with us some of the tricks of the trade. For example, one paper provides their finding regarding the wording of questions.

1. “What do you think is the most important problem facing the country today?”

In this traditional MIP question, about 49 percent answered the economy or unemployment, while only 1 percent mentioned the environment or global warming.

2. “What do you think is the most important problem facing the world today?”

3. “What do you think will be the most important problem facing the world in the future?”

When asked to consider the future of the planet, 14 percent chose the environment or global warming, while economic issues slipped to 21 percent.

4. “What do you think will be the most serious problem facing the world in the future if nothing is done to stop it?”

This time, 25 percent said the environment or global warming, and only 10 percent picked the economy or unemployment.

“Thus, when asked to name the most serious problem facing the world in the future if nothing is done to stop it, one-quarter of all Americans mentioned either global warming or the environment,” Krosnick said. “In fact, environmental issues were cited more often in response to question 4 than any other category, including terrorism, which was only mentioned by 10 percent of respondents.”

Thus it is that survey results are influenced greatly by the design of the questioning process. Helpfully, the Stanford program provides this history of the questions put to participants over the years. Below are the result categories, some showing the evolving form of questioning, and others just the most recent form for brevity. I will comment on the first few, and leave the others for your reflection (my bolds)

Fair question with both responses equally acceptable. The earlier form referred to what they may have heard, but wisely dropped that later on. One does wonder what evidence people use for 100 years of reference.

IMO it is to his credit that he asks about global warming rather than the vacuous “climate change”.

Here comes the phrase:  If nothing is done to prevent it . . . The participant gets the suggestion that rising temperatures have human agency, that we can do something to prevent them. As Krosnick explained above, this phrase will help respondents identify the issue as “environmental” and tap their instinct to protect nature. Implanting this subliminal suggestion sets them up for the next question.

Now we have some serious distortions inserted into the findings. The end results will reported as “The % of Americans that believe past warming has been caused by humans.” Note that participants have been primed to think warming is preventable by humans, so obviously humans have caused it (logical connection). Moreover, there are the 50-50 responses that will be counted as human causation. The problem is, people who are mostly uncertain and unwilling to say “don’t know” will fall back to the “equally human, equally nature” response.  It is a soft, not affirmative response.

And a further perversion: Those who have said temperatures are not rising are now told to “Assume it is happening.” What? This is no longer an opinion, it is out-and-out speculation. It appears that “Don’t know” and “Not Happening” are disallowed to force a choice with a 67% chance of getting the right answer: “Caused by Humans.”

Again the phrase “If nothing is done to reduce global warming. . .” signaling participants that this is a serious issue, so don’t come with “not so serious” or (God forbid) “not serious at all.” And again, global warming must be assumed to be happening by anyone still unconvinced of it.

Same comments regarding #4 apply here, only as Krosnick explained, elevating the issue to a “world problem” triggers even more seriousness in responses.

In the past, interviewers told participants that global warming is defined as 5 degrees warmer, which triggered “bad” as a response. Fortunately, that obvious bias was dropped, and now people are free to say good, bad or neither. Interestingly, this question is not emphasized in the reports, perhaps because it only gets around 50% “Bad”, even in alarmist places like New York and California.

Here the older form of the question was more balanced: Some people believe X, some people believe Y, what do you believe? However, the older question was about air pollution which confuses CO2 (natural plant food) with artificial chemicals. The recent question targets “greenhouse gases”, a term nowhere defined. Now the biased question: Greenhouse gases cause global warming, should the government reduce them? Duh!

Note the shift from asking about Whether government should do more than now, to How much is government doing now, to present form: How much more should government do.  Compares with: “Have you stopped beating your wife?” 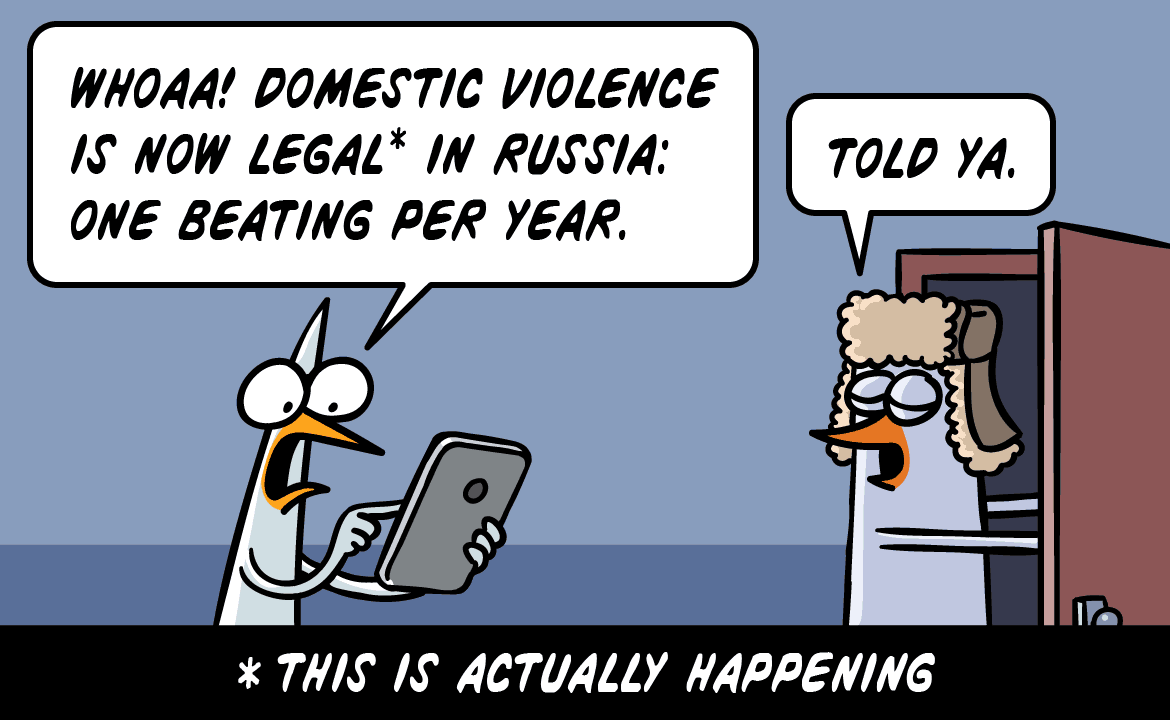 IOW, Should the US wait for others and be a follower, not a leader? Duh!

The real reason for the survey is to develop support for government officials to impose climate policies upon the population. The flavor of these is below with few comments from me until the end.

10. For the next items, please tell me for each one whether it’s something the government should require by law, encourage with tax breaks but not require, or stay out of entirely. Each of these changes would increase the amount of money that you pay for things you buy.

Who Pays for all this? It is time for the turkeys to face the pilgrim with the hatchet. How willing are you to pay increased taxes to “fight global warming?”

Most places, majorities of respondents were favorable, up to 80% in some states. Perhaps a tribute to relatively cheap electricity in the U. S.  They are blissfully unaware of what can happen to electricity rates, having been spared so far the “Ontario Experience.”

Nowhere does this get a majority favorable response. It ranges from 15% to 40%, with most places around 30% in favor of higher gasoline taxes.

Less than 17% of people say global warming is personally extremely important, and most places are under 10%

An opinion poll is a mirror claiming to show us ourselves. All polls have error margins, and some are purposely bent to a desired distorted outcome.

In modern social democracies, polls and media are used to shape and report public opinions required by ruling elites to impose laws and policies unwanted by the people. A recent example was the distorted Canadian survey on carbon pricing used by Trudeau government to justify a carbon tax. That poll is deconstructed in a post Uncensored: Canadians View Global Warming.

Krosnick said that people taking his climate poll were surprised that the responses were not more skeptical of global warming claims. After seeing how the survey is put together, I am inclined to believe that participants and their neighbors are actually more skeptical than depicted in the results.  This showed up in the low numbers saying global warming is an important personal issue.  Despite agreeing with alarmist talking points, people seem to know this is about virtue signaling and tribal politics.  It is an “everywhere elsewhere” problem.

Finally, in the survey, Americans rate themselves as highly knowledgeable about global warming, up to 60-70% in some states. Other countries doing such climate surveys typically get about 25% of people saying that. For so many to be taken in by such a survey suggests that Americans’ actual knowledge of global warming is highly overrated.

Climate Is a State of Mind