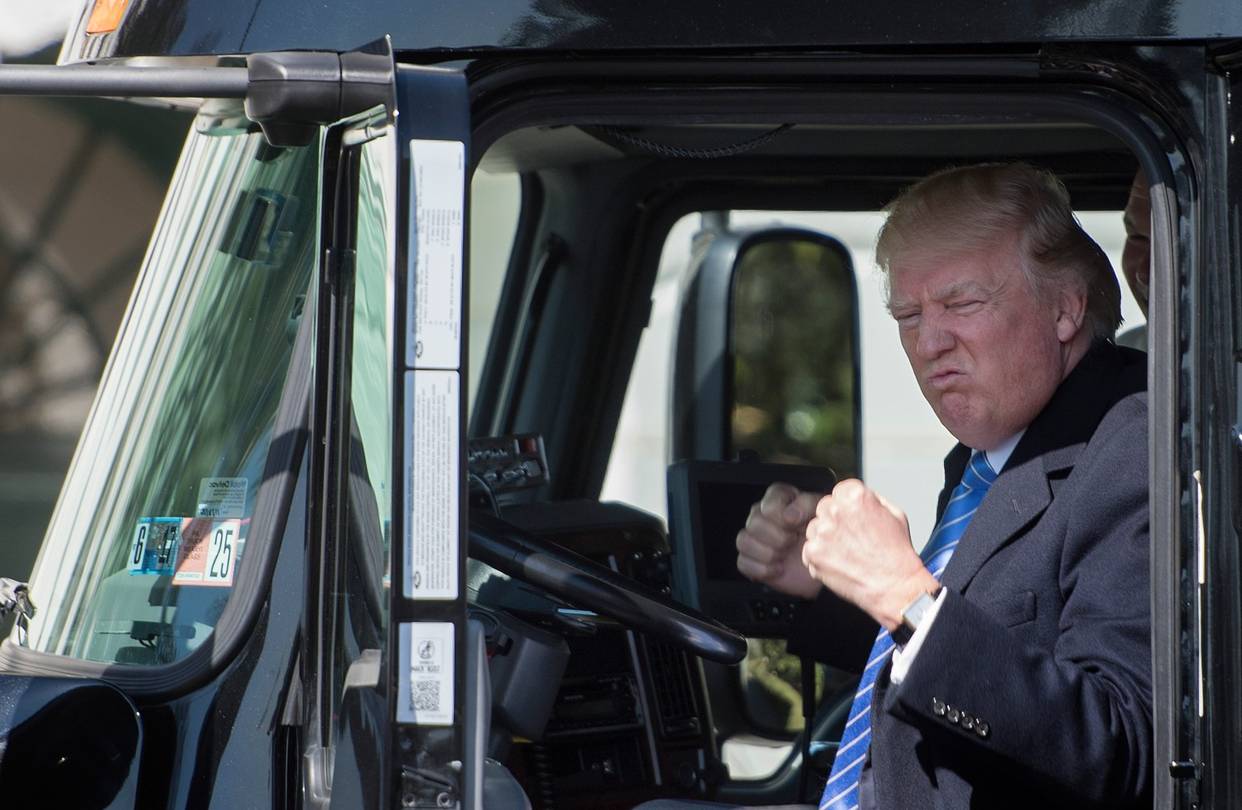 David Gelernter is a professor of computer science at Yale.  I first learned of him when he wrote The Closing of the Scientific Mind, which is a plea for scientists to celebrate and enhance humanity rather than belittle human life. My synopsis was How Science Is Losing Its Humanity

Now Gelernter has written an insightful essay on what to like and not to like about Donald Trump (President of the United States).  Reprinted below in italics with my bolds.

The Real Reason They Hate Trump

Every big U.S. election is interesting, but the coming midterms are fascinating for a reason most commentators forget to mention: The Democrats have no issues. The economy is booming and America’s international position is strong. In foreign affairs, the U.S. has remembered in the nick of time what Machiavelli advised princes five centuries ago: Don’t seek to be loved, seek to be feared.

The contrast with the Obama years must be painful for any honest leftist. For future generations, the Kavanaugh fight will stand as a marker of the Democratic Party’s intellectual bankruptcy, the flashing red light on the dashboard that says “Empty.” The left is beaten.

This has happened before, in the 1980s and ’90s and early 2000s, but then the financial crisis arrived to save liberalism from certain destruction. Today leftists pray that Robert Mueller will put on his Superman outfit and save them again.

For now, though, the left’s only issue is “We hate Trump.” This is an instructive hatred, because what the left hates about Donald Trump is precisely what it hates about America. The implications are important, and painful.

Not that every leftist hates America. But the leftists I know do hate Mr. Trump’s vulgarity, his unwillingness to walk away from a fight, his bluntness, his certainty that America is exceptional, his mistrust of intellectuals, his love of simple ideas that work, and his refusal to believe that men and women are interchangeable. Worst of all, he has no ideology except getting the job done. His goals are to do the task before him, not be pushed around, and otherwise to enjoy life. In short, he is a typical American—except exaggerated, because he has no constraints to cramp his style except the ones he himself invents.

Mr. Trump lacks constraints because he is filthy rich and always has been and, unlike other rich men, he revels in wealth and feels no need to apologize—ever. He never learned to keep his real opinions to himself because he never had to. He never learned to be embarrassed that he is male, with ordinary male proclivities. Sometimes he has treated women disgracefully, for which Americans, left and right, are ashamed of him—as they are of JFK and Bill Clinton.

But my job as a voter is to choose the candidate who will do best for America. I am sorry about the coarseness of the unconstrained average American that Mr. Trump conveys. That coarseness is unpresidential and makes us look bad to other nations. On the other hand, many of his opponents worry too much about what other people think. I would love the esteem of France, Germany and Japan. But I don’t find myself losing sleep over it.

The difference between citizens who hate Mr. Trump and those who can live with him—whether they love or merely tolerate him—comes down to their views of the typical American: the farmer, factory hand, auto mechanic, machinist, teamster, shop owner, clerk, software engineer, infantryman, truck driver, housewife. The leftist intellectuals I know say they dislike such people insofar as they tend to be conservative Republicans.

Hillary Clinton and Barack Obama know their real sins. They know how appalling such people are, with their stupid guns and loathsome churches. They have no money or permanent grievances to make them interesting and no Twitter followers to speak of. They skip Davos every year and watch Fox News. Not even the very best has the dazzling brilliance of a Chuck Schumer, not to mention a Michelle Obama. In truth they are dumb as sheep.

Mr. Trump reminds us who the average American really is. Not the average male American, or the average white American. We know for sure that, come 2020, intellectuals will be dumbfounded at the number of women and blacks who will vote for Mr. Trump. He might be realigning the political map: plain average Americans of every type vs. fancy ones.

Many left-wing intellectuals are counting on technology to do away with the jobs that sustain all those old-fashioned truck-driver-type people, but they are laughably wide of the mark. It is impossible to transport food and clothing, or hug your wife or girl or child, or sit silently with your best friend, over the internet. Perhaps that’s obvious, but to be an intellectual means nothing is obvious. Mr. Trump is no genius, but if you have mastered the obvious and add common sense, you are nine-tenths of the way home. (Scholarship is fine, but the typical modern intellectual cheapens his learning with politics, and is proud to vary his teaching with broken-down left-wing junk.)

This all leads to an important question—one that will be dismissed indignantly today, but not by historians in the long run: Is it possible to hate Donald Trump but not the average American?

True, Mr. Trump is the unconstrained average citizen. Obviously you can hate some of his major characteristics—the infantile lack of self-control in his Twitter babble, his hitting back like a spiteful child bully—without hating the average American, who has no such tendencies. (Mr. Trump is improving in these two categories.) You might dislike the whole package. I wouldn’t choose him as a friend, nor would he choose me. But what I see on the left is often plain, unconditional hatred of which the hater—God forgive him—is proud. It’s discouraging, even disgusting. And it does mean, I believe, that the Trump-hater truly does hate the average American—male or female, black or white. Often he hates America, too.

Granted, Mr. Trump is a parody of the average American, not the thing itself. To turn away is fair. But to hate him from your heart is revealing. Many Americas were ashamed when Ronald Reagan was elected. A movie actor? But the new direction he chose for America was a big success on balance, and Reagan turned into a great president. Evidently this country was intended to be run by amateurs after all—by plain citizens, not only lawyers and bureaucrats.

Those who voted for Mr. Trump, and will vote for his candidates this November, worry about the nation, not its image. The president deserves our respect because Americans deserve it—not such fancy-pants extras as network commentators, socialist high-school teachers and eminent professors, but the basic human stuff that has made America great, and is making us greater all the time.

Mr. Gelernter is computer science professor at Yale and chief scientist at Dittach LLC. His most recent book is “Tides of Mind.”