For the last few years, observers have been speculating about when the North Atlantic will start the next phase shift from warm to cold.

Cold “blobs” in North Atlantic have been reported, but they are usually a winter phenomena. For example in April 2016, the sst anomalies looked like this

The AMO Index is from from Kaplan SST v2, the unaltered and not detrended dataset. By definition, the data are monthly average SSTs interpolated to a 5×5 grid over the North Atlantic basically 0 to 70N.  The graph shows warming began after 1993 up to 1998, with a series of matching years since.  November 2016 set a record at 21.75C, but note the plunge down to 21.24C for  November 2018, the coldest since 1996.  Because McCarthy refers to hints of cooling to come in the N. Atlantic, let’s take a closer look at some AMO years in the last 2 decades.

This graph shows monthly AMO temps for some important years. The Peak years were 1998, 2010 and 2016, with the latter emphasized as the most recent. The other years show lesser warming, with 2007 emphasized as the coolest in the last 20 years. Note the red 2018 line is at the bottom of all these tracks.  Most recently November 2018 is 0.5C lower than November 2017, and is the coolest November since 1996.

With all the talk of AMOC slowing down and a phase shift in the North Atlantic, we expect that the annual average for 2018 will confirm that cooling has set in.  Through November the momentum is certainly heading downward, despite the band of warming ocean  that gave rise to European heat waves last summer. 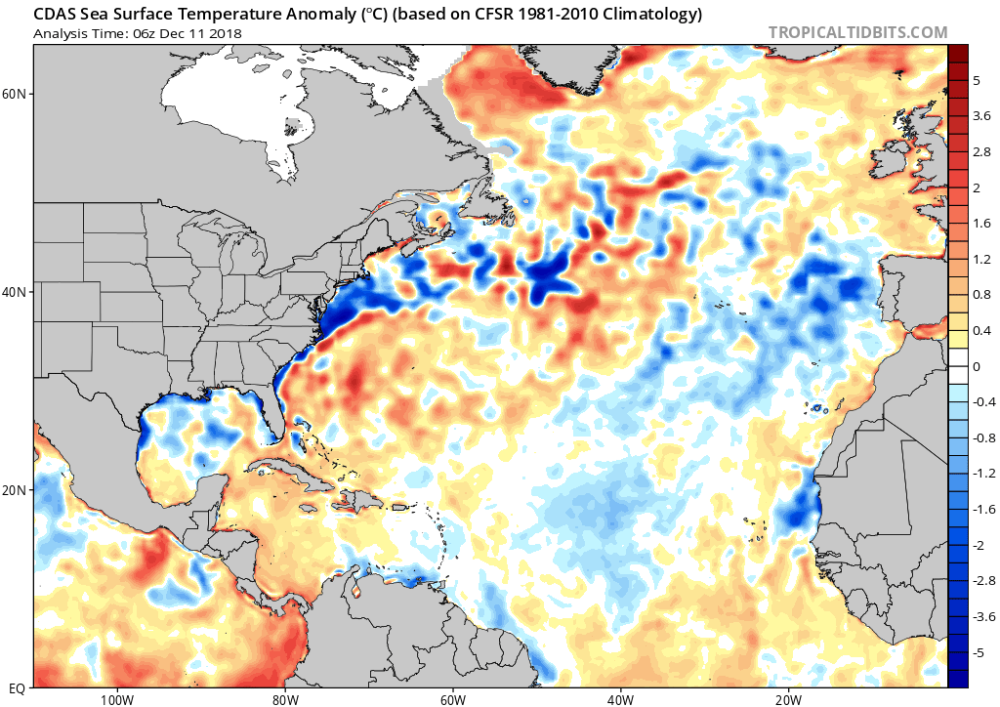