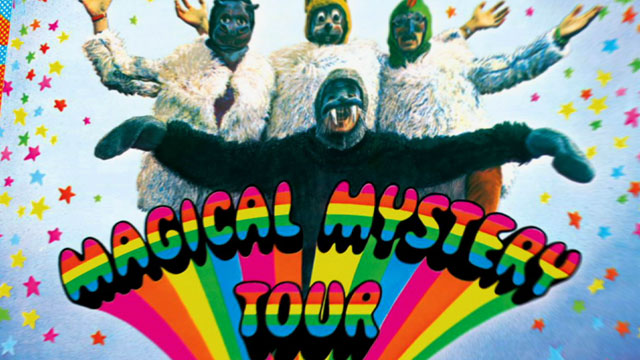 Pardon me for mixing up acronyms.  Somehow the increasing mention of MMT (Modern Monetary Theory) made me think of the classic Beatles trip album.  Perhaps that association was triggered by today’s suddenly fashionable socialists relying on MMT to pay for their “everything free for everybody” political visions.  (Maybe one of the Ms could stand for ‘mushrooms”.)

A primer on what MMT is and is not, is an article by Karl Smith (descendant of Adam?) in National Review The Uses and Abuses of Modern Monetary Theory.  Excerpts in italics with my bolds.

Newly elected representative Alexandria Ocasio-Cortez (D., N.Y.) argued on Monday that Modern Monetary Theory (MMT) ought to be a part of the conversation when it comes to funding major social-policy initiatives, such as her proposed Green New Deal. Stephanie Kelton, former economic advisor to Bernie Sanders, has likewise insisted that MMT should replace our current thinking about government finance. Yet what is MMT? And is it really as revolutionary as its proponents claim?

At its heart, MMT is a way of describing the federal budget and the Federal Reserve as if they were unified under a single executive authority. In describing the system so, the dangers of federal deficit spending are no longer that it crowds out private investment and slows economic growth, but that it leads potentially to excess inflation.

Yet Modern Monetary Theorists then invariably argue that inflation is not, and indeed could not be, a major problem for the United States. Many hard-core adherents go so far as to propose a job-guarantee program paid for by the federal government, which, they argue, will virtually eliminate both unemployment and the possibility of runaway inflation. 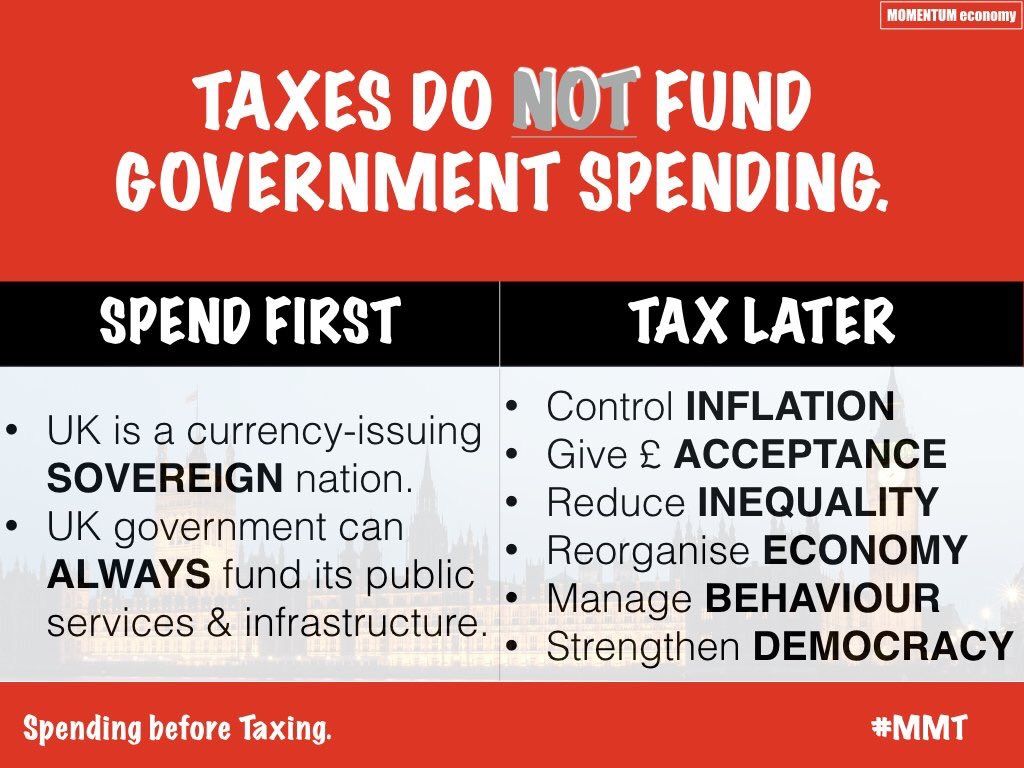 The tenets of MMT should be familiar to an older generation of fiscal conservatives. Before the 1980s, central banks such as the Federal Reserve were controlled far more directly by their governments. As a result, they could — and often did — bail out profligate governments by simply printing more money to cover the government’s debt.

This led to massive currency devaluation, runaway inflation, or both. In the early 1980s, however, central banks in the developed world were granted independence in the hopes that doing so would stop the spiraling inflation of the late 1960s and 1970s.

In the U.S., Fed chairman Paul Volcker was spectacularly successful at this. So were, to varying degrees, most central banks in the developed world. Some holdouts existed, notably in Southern Europe — a situation that would come back to haunt them decades later. 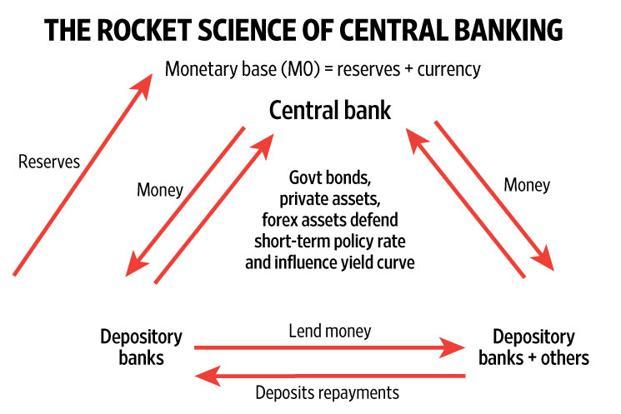 But MMT waves away the significance of these developments, instead focusing attention on several technical facts. First, when the federal government wants to spend money, it does so by having the Treasury issue checks. These checks are processed by the Federal Reserve Bank of New York (FRBNY). Second, the FRBNY does this literally by marking up the value of digital reserves in an account belonging to the check recipients’ bank and marking down the account of the Treasury by an equal amount.

These two operations are, in theory, separate. There is no technical reason why the FRBNY has to mark down the Treasury account. It only does so because laws require the federal government to meet all of its obligations. Such laws, argue Modern Monetary Theorists, cannot bind Congress, which after all has the power to alter them.

MMT advocates argue that Congress should ask the Treasury to sell Treasury bonds to cover any of its outstanding obligations. This is not, however, because they think it is necessary to fulfill the government’s obligations, but because doing so would help stabilize the macroeconomy.

All well and good. But at some point, won’t the debt become so large that merely paying interest on it will require issuing additional debt? Won’t this process feed on itself until all the borrowing capacity in the economy is soaked up?

No, MMT advocates reply, because the government can simply stop issuing debt — meeting its obligations instead by having the Federal Reserve simply create money on its behalf. Indeed, this is what distressed governments have traditionally done when their liabilities add up — and the result has typically been hyperinflation. Modern Monetary Theorists argue that this need not be the case. Their exact reasoning differs.

At times, they argue that hyperinflation only occurs in countries that borrow from abroad in debt denominated in a foreign government’s currency. I don’t know enough about every single instance of hyperinflation to verify this claim, but it is true that the worst incidences of hyperinflation are typically associated with borrowing from abroad.

When a country prints money in an attempt to fund the government, the international exchange value of its currency collapses. If the country owes debt denominated in a foreign currency, that debt becomes more difficult to pay down as its own currency falls. Then the country has to print even more money to meet its debt payments, which of course causes the exchange value of its currency to fall further, creating a vicious circle that ends in hyperinflation.

Modern Monetary Theorists argue that this can’t happen to the United States because all of our debt is in the form of Treasury bonds that are denominated in dollars. If the international exchange value of the dollar falls, that does not change the value of our debt.

It does, however, mean that foreigners will be repaid in a currency that will be worth much less to them. Foreign bondholders are not stupid; they would regard this as a type of unofficial default. After experiencing this type of default through currency devaluation, they would be much less willing to buy Treasury bonds or indeed any type of American security again. This is precisely the situation that Italy, Spain, and Greece found themselves in during the 1980s.

Both countries had regularly devalued their currency as a way to get out from underneath foreign debts and were increasingly locked out of international markets. The euro was created, at least in part, in an effort to solve this. It could ultimately be printed only with the authority of the European Central Bank, meaning that neither Italy, Spain, Greece, nor any other member country could avert a debt crisis by devaluing its currency. Instead, they would have to raise taxes to meet their obligations.

That brings us to the second argument MMT advocates invoke when arguing that we should not worry about excessive debt leading to inflation: If inflation becomes a problem, the federal government can simply raise taxes, slowing down the economy which, in turn, will cool inflation. 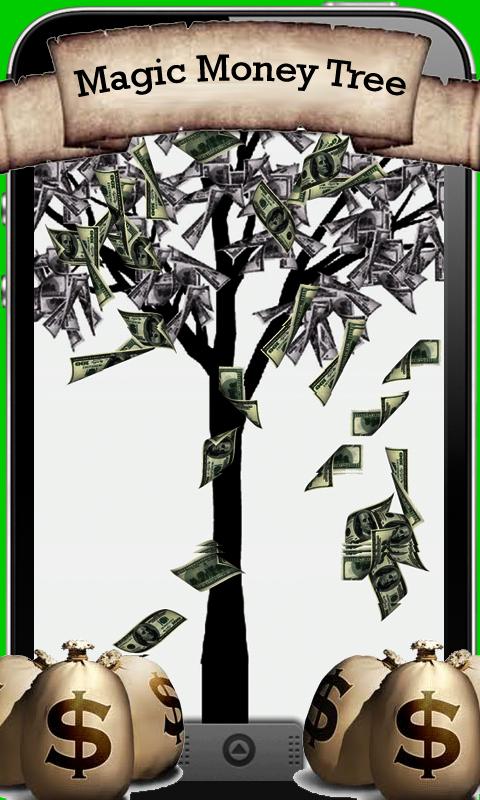 But there are two problems with this approach. First, it is political suicide. At a time when consumers are facing ever-rising prices, it would seem cruel beyond measure to slap them with a tax increase. Very few governments would have the nerve to do this. If anything, history shows us that governments will instead resort to spending money on subsidies to ease the burden of rapidly rising prices.

Second, committing to this approach would risk an economic calamity. In 1973, OPEC placed an embargo on the United States that resulted in the price of oil quadrupling overnight. The sharply rising price of oil led both to a slowing economy and an increase in inflation — a dangerous mix.

A slowing economy lowers tax revenues, making it more difficult for the government to meet its debt payments. Suppose, at a time when the economy was slowing but inflation was rising, the U.S. government had firmly committed itself to MMT principles and refused to waver. In that case, it would not be able to resort to money printing because inflation was rising. Instead, it would be obligated to raise taxes both to meet its debt payments and to slow the rate of inflation.

Sharp increases in taxes during a recession, however, can be self-defeating. This is exactly the situation that Greece, and to a lesser extent Italy and Spain, found themselves in during the Great Recession. The crises lowered revenue, which worsened their budget deficits.

As a result, the government was forced to raise taxes and lower spending during the recession. This caused the economy to contract further, which caused tax revenue to fall so much that the budget deficit actually rose. In the case of Greece, this self-defeating cycle of higher taxes and lower revenues caused the government to ultimately default on its debts anyway. That, of course, worsened the economic crisis the country was already facing.

In the face of such a calamity, no sovereign government would or perhaps even should refrain from devaluing its currency and inflating away at least some of its debts. For that reason, governments have designed institutions to avoid falling into this trap.

In the United States, that means both making the Federal Reserve independent and not subject to the direct authority of the Treasury, and requiring the Treasury to meet all of its obligations with cash raised from tax revenues or Treasury-bond sales. In effect, we’ve outlawed the methods of Modern Monetary Theory — and with good reason.

KARL SMITH — Karl Smith is a senior fellow at the Niskanen Center. He was previously Assistant Professor of Economics and Government at the University of North Carolina (UNC) School of Government.

For more on Cortez see Why Cortez Can’t Be Wrong

For more on how MMT plays out when applied in a nation, see a short review of the Brazil experiment: