A story came to my attention recently that merited comment. It appeared in London’s The Telegraph, and was headlined, “Give heat waves names so people take them more seriously, say experts, as Britain braces for hottest day

The story’s leaping-off point was a press release from the London School of Economics (LSE), which noted, “A failure by the media to convey the severity of the health risks from heat waves, which are becoming more frequent due to climate change, could undermine efforts to save lives this week as temperatures climb to dangerous levels.” .” Is it time to start naming deadly heatwaves?

It added, “So how can the media be persuaded to take the risks of heat waves more seriously? Perhaps it is time … to give heat waves names [as is done] for winter storms.”

We disagree with some of the points being made.

Second, although average temperatures have been higher in recent years, there is no evidence so far that extreme heat waves are becoming more common because of climate change, especially when you consider how many heat waves occurred historically compared to recent history.

After June 2019 was recognized by a number of official organizations as the hottest June on record, July may have now been the hottest month ever recorded. That’s according to the Copernicus Centre for Climate Studies (C3S), which presented its data sets with the announcement that this July may have been marginally hotter than that of 2016, which was previously the hottest month on record.

So 37 of the 50 states have an all-time high temperature record not exceeded for more than 75 years. Given these numbers and the decreased frequency of days of 100 degrees or higher,

it cannot be said that either the frequency or magnitude of heat waves is more common today.

Climate scientist Lennart Bengtsson said. “The warming we have had the last 100 years is so small that if we didn’t have meteorologists and climatologists to measure it we wouldn’t have noticed it at all.” 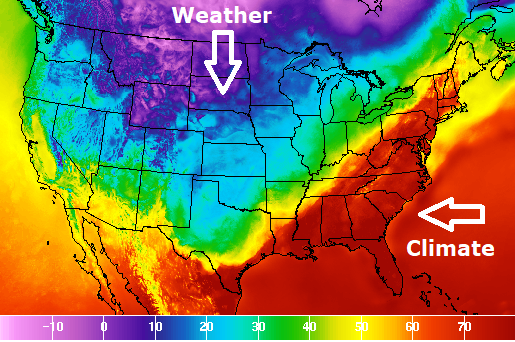