Daniel Markind writes at Forbes The Nord Stream 2 Pipeline And The Dangers Of Moving Too Rashly Toward Renewable Energy. Excerpts in italics with my bolds.

Few Americans likely noticed last week that Denmark refused to grant a permit for finishing construction of the Russian natural gas pipeline Nord Stream 2, but its international significance is enormous. Denmark’s refusal is the latest chapter in a story of how good intentions in fighting climate change go bad. It is a cautionary tale of how a country – in this case, Germany – while seeking to make itself and its energy use cleaner, more efficient and more self-sufficient, can produce the opposite of all three. As climate change becomes more of an issue in America heading into the 2020 election season, Nord Stream 2 provides a case study of the potential peril we face when our desire to switch as rapidly as possible to cleaner energy overwhelms current scientific, technological, political and economic realities.

The back story of Nord Stream 2 involves the desire of Germany to be the world leader in clean energy. In 2010, Germany embarked on a program called “Energiewende” – meaning literally, energy transition. This was designed to transform the German energy economy from being based on fossil fuels to being based on so-called “renewables”. In practical effect, the German government refused to approve any energy project that did not involve renewable energy. Germany hoped that Energiewende would reduce drastically Germany’s CO2 emissions and also end the country’s reliance on fossil fuels. This would strike a blow both for German energy independence and for the fight against climate change.

It didn’t work. At first the country’s CO2 emissions fell, but Germany never was able to generate enough reliable renewable energy to sustain itself. Instead, partially because it had not properly planned for its energy needs during the transition period to full renewable energy, Germany had to fall back on coal produced in the former Communist Eastern part. Ironically, the renewed reliance on this coal, called “lignite”, only made Germany’s short-term pollution problems worse, as lignite is a peculiarly dirty form of coal. By 2015, despite closing nuclear power plants and preventing new fossil fuel energy investment, Germany’s CO2 emissions started again to increase. They eventually dropped in 2018, but few are confident that decrease will continue.

Worse still, prices for German energy kept soaring, becoming among the highest in Europe. Simultaneously, Germany’s energy needs became more dependent on natural gas from Russia. Mainly for political reasons, Russia hardly is a reliable energy source. It certainly is not an environmentally conscious one. Instead of making Germany more self-reliant and a world clean energy leader, Energiewende actually drove Germany further into the arms of Russia. In addition, it otherwise thwarted Germany’s goal of a rapid renewable energy transition. 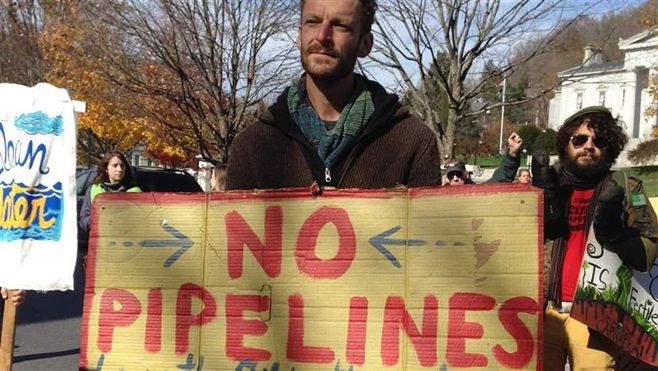 Had it been available, a more attractive and environmentally beneficial choice for Germany would have been imports of abundant, readily available, and above all relatively clean natural gas from the Marcellus Shale region of Pennsylvania, Ohio and West Virginia – at least on an interim basis until renewable energy transition could catch up to the political and economic realities. While there is more than enough gas in Appalachia and Northeastern Pennsylvania to export overseas to places like Germany and not delete supplies for domestic usage, American energy politics have prevented the needed pipeline and export infrastructure from being built. Simply put, without approved pipelines, the gas has no way to get from the point of production to ports where it can be shipped overseas. The Philadelphia area, which could be a center for the energy industry and for breaking Russia’s gas energy monopoly on Europe, remains woefully oblivious even of its possibilities.

The result is that instead of having natural gas transported to Germany from a NATO ally that drills and transports using stringent environmental safeguards, Germany now relies on Russia, a country that drills in a sensitive Arctic ecosystem with few environmental limitations. The money that could have gone to American companies, landowners and taxes goes instead to Gazprom, the Russian gas giant.

This still is not the end of the story. Germany receives its natural gas via pipelines that traverse Ukraine, Poland, and the Baltic States. Indeed the revenue to Ukraine for allowing transshipments of gas from Russia to Germany via existing overland pipelines within Ukraine’s borders constitutes over 2% of the total Ukrainian GDP. That mostly will end when Nord Stream 2 becomes operational. Nord Stream 2 will bypass the current overland route. That would largely cut out Ukraine, Poland and the Baltic States – all important United States and Western Europe allies.

Last July at the annual NATO summit, President Trump publicly excoriated German Chancellor Angela Merkel over Nord Stream 2. She rebuffed him, insisting on making her country more susceptible to Russian control while also upsetting other NATO allies. With the Nord Stream 2 pipeline currently 70% built and with the Ukrainian-Russian transshipment contract ending in 2020, it looked like all systems go.

Then Denmark stepped in. One of four countries that needs to approve the Nord Stream 2 pipeline route as it passed through Denmark’s territorial waters in the Baltic Sea, the Danes refused to grant the final permits. They demanded the pipeline be moved farther away from the country. At the least, based on published projections that may even understate the impacts, Denmark’s decision means an additional cost of €740M and an eight month delay, going beyond the end date for the current Ukrainian transit contract. This now will need to be extended, giving some consolation to Ukraine.

Still, Nord Stream 2 likely will be completed eventually, and by the same Europeans who routinely preach the loudest about climate change.

It appears to be a loser in every way a pipeline can.

Nord Stream 2 ties Germany closer to Russia, puts more money in the pockets of Gazprom, increases incentives for Russian President Vladimir Putin to ratchet up his environmentally unsound natural gas drilling in and transporting from the Arctic, gives Russia more ability to blackmail the West using its natural gas weapon, cuts out Western-leaning countries in Eastern Europe from needed revenue, and keeps money and investment out of the United States where it could go via exports from the Marcellus Shale deposits.

As always, reasonable people can argue about the wisdom of building new fossil fuel infrastructure when we hope to switch to renewables. However, given the current state of scientific knowledge and of world affairs, failure to do so also has real world adverse environmental, economic and political consequences.

To anyone serious about renewables and reducing our world-wide carbon footprint, the story of Energiewende and Nord Stream 2 should be studied carefully. Our desire to do something good for the planet cannot overwhelm our common sense and world realities. We must be very clear-eyed about how soon and how efficiently we can, in fact, switch from a carbon based energy infrastructure to one based entirely on renewable resources. The Danes just dealt Nord Stream 2 a temporary setback, but the only real winners from the Nord Stream 2 saga long term will be people in Moscow whose concern for the environment certainly is not equal to those who enacted Energiewende or who fight in the United States to stop oil and gas pipeline construction. This surely is not the result anyone in the West would have desired, nor is it good for the future of the planet.

Daniel Markind is a shareholder at Flaster Greenberg PC who practices in Energy, Real Estate, Corporate, and Aviation Law. He can be reached at daniel.markind@flastergreenberg.com.