Robert Stacy McCain writes at the Spectator Coronavirus: Statistical Stupidity Excerpts in italics with my bolds and images.

Why were “smart” people so wrong about this pandemic?

Two weeks ago, Dr. Deborah Birx warned against doomsday predictions that millions of Americans might die from coronavirus. At a White House press briefing on March 25, the coordinator of President Trump’s task force condemned media speculation based on claims that as much as half the country’s population might become infected with COVID-19. “I think the numbers that have been put out there are actually very frightening to people,” said Birx, adding that reported rates of infection in China, where the virus originated, were “nowhere close to the numbers that you see people putting out there. I think it has frightened the American people.”

Birx did not name MSNBC personality Chris Hayes, although he was one of the worst scaremongers in the media mob. On his March 23 program, Hayes warned that “millions of lives are on the line” if the economic lockdown response to the virus was not extended indefinitely: “There is no option to just let everyone go back out and go back to normal if a pandemic rages across the country and infects 50 percent of the population and kills a percentage point at the low end of those infected and also melts down all the hospitals.” Applying simple arithmetic to that sentence — treating it like one of those word problems we learned to do in middle-school math class — we find that 50 percent of the U.S. population is more than 160 million people infected with COVID-19. If just 1 percent of those infected died from the virus, that would mean a death toll of at least 1.6 million.

The word “if” signifies a hypothetical contingency, but the way Hayes used the word implied a predictive quality to his speculation about “millions of lives” at jeopardy in a rampaging coronavirus outbreak. And who can say, really, what might have happened in some imagined alternative scenario? As it happened in real life, however, Trump decided to extend the “social distancing” policy to April 30, most Americans took the recommended precautions seriously, and there is already evidence that we have begun to “flatten the curve,” so that the final U.S. death toll of COVID-19 will likely be a mere fraction of the “millions” about which Hayes warned last month.

Chris Hayes is not stupid, and neither are the scientists whose forecasting models wildly exaggerated the trajectory of this pandemic. Smart people can be wrong, too. Monday, just hours after I called attention to the failure of these doomsday prophecies (“Coronavirus: The Wrong Numbers”), the widely cited Institute for Health Metrics and Evaluation (IHME) made headlines by revising their forecast: “Key Coronavirus Model Now Predicts Many Fewer U.S. Deaths” (New York magazine), “Dramatic Reduction in COVID-19 Disaster Projections” (National Review), and “Coronavirus Model Now Estimates Fewer U.S. Deaths” (U.S. News & World Report), to cite a few.

Why were the original IMHE projections, first published March 26, so far off the mark? We don’t know. Perhaps the scientists underestimated the efficacy of the “mitigation” measures Trump announced March 16. Or possibly the use of chloroquine — which Trump controversially called a “game changer” — to combat the virus was more successful than any of the president’s critics are willing to admit. But the fact is, the projection models were wrong, and the gap between what was predicted and what actually happened became apparent within a matter of days. By April 1, as Justin Hart pointed out, the number of COVID-19 patients hospitalized was less than a third of the number projected by the IHME model. In their revised forecast issued Monday, IHME lowered its estimate of total U.S. coronavirus deaths by 12 percent, from 93,531 down to 81,766.

Even this revised forecast may be too pessimistic, however. At his Tuesday press conference, New York Gov. Andrew Cuomo, whose state is the epicenter of the U.S. outbreak, spoke of a “plateau” in the number of COVID-19 cases in the state’s hospitals, with about 17,500 patients currently hospitalized, about 4,600 of those in intensive-care units. This is very bad, but it is not the system-crashing catastrophe Cuomo was anticipating when, at a March 24 press conference, he angrily shouted that a shortage of ventilators would cause 26,000 unnecessary deaths in the state. While we cannot predict future events, it appears that New York now has more ventilators than will ever be needed to cope with the coronavirus outbreak — and this is good news.

Such hopeful signs that we have avoided the worst-case scenarios are probably little comfort to doctors and nurses working double shifts to cope with the COVID-19 patient load in New York City and its suburbs, or in other places around the country dealing with severe local outbreaks of the virus. At Monday’s White House briefing, Birx spoke of her team’s tracking of the pandemic at a “county by county” level, citing Detroit and New Orleans as examples of the hot spots where federal authorities are helping communities cope with the problem. At a time when more than 1,000 Americans are dying daily from this disease, the good news — that the pandemic is falling short of the catastrophe previously predicted — is a matter of comparison between a reality that is still quite bad and a doomsday scenario where MSNBC viewers were told that “millions of lives” might be lost. 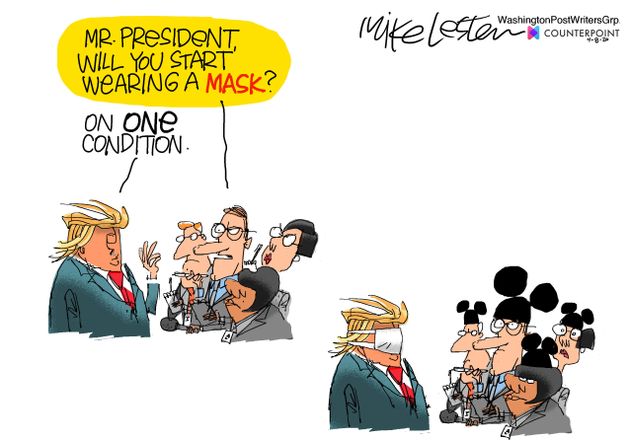 What was Chris Hayes doing when he hyped fears of a raging pandemic that would overwhelm the health-care system and kill 1.6 million Americans, 200 times more than the 80,000 currently projected by the IMHE model? He was blaming Trump for having failed to prevent the approaching “doom and death.” The more deaths, the more blame — that was apparently why the Greek chorus of media fear-mongers (Hayes was by no means alone in this) were so eager to promote the worst-case scenarios that did not materialize. America’s coronavirus death rate (39 per 1 million residents) is currently a fraction of the rates in several European countries, including Spain (300 per million), Italy (283 per million), France (158 per million), and Belgium (176 per million). Trump’s critics accuse our president of failing to prepare America for this crisis, but where is their criticism for the leaders of the European countries, who, as measured by statistics, failed far worse? Dead people are not statistics, of course, and many thousands of Americans are now fighting for their lives against this Chinese virus. 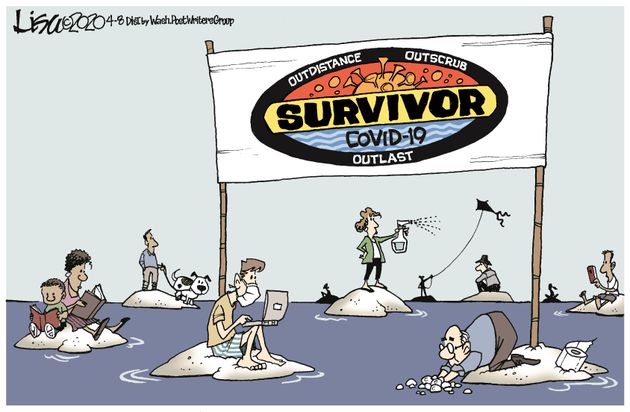 Oh, wait — we’re not allowed to mention where this disease came from, are we? One might hope that Chris Hayes and the other media fear-mongers would spend more time blaming the communist regime in Beijing and less time accusing our president of malicious indifference to American lives. But we should not think the media’s failures prove that they’re stupid.

They’re smart people who know exactly what they’re doing. And they should be ashamed of themselves. 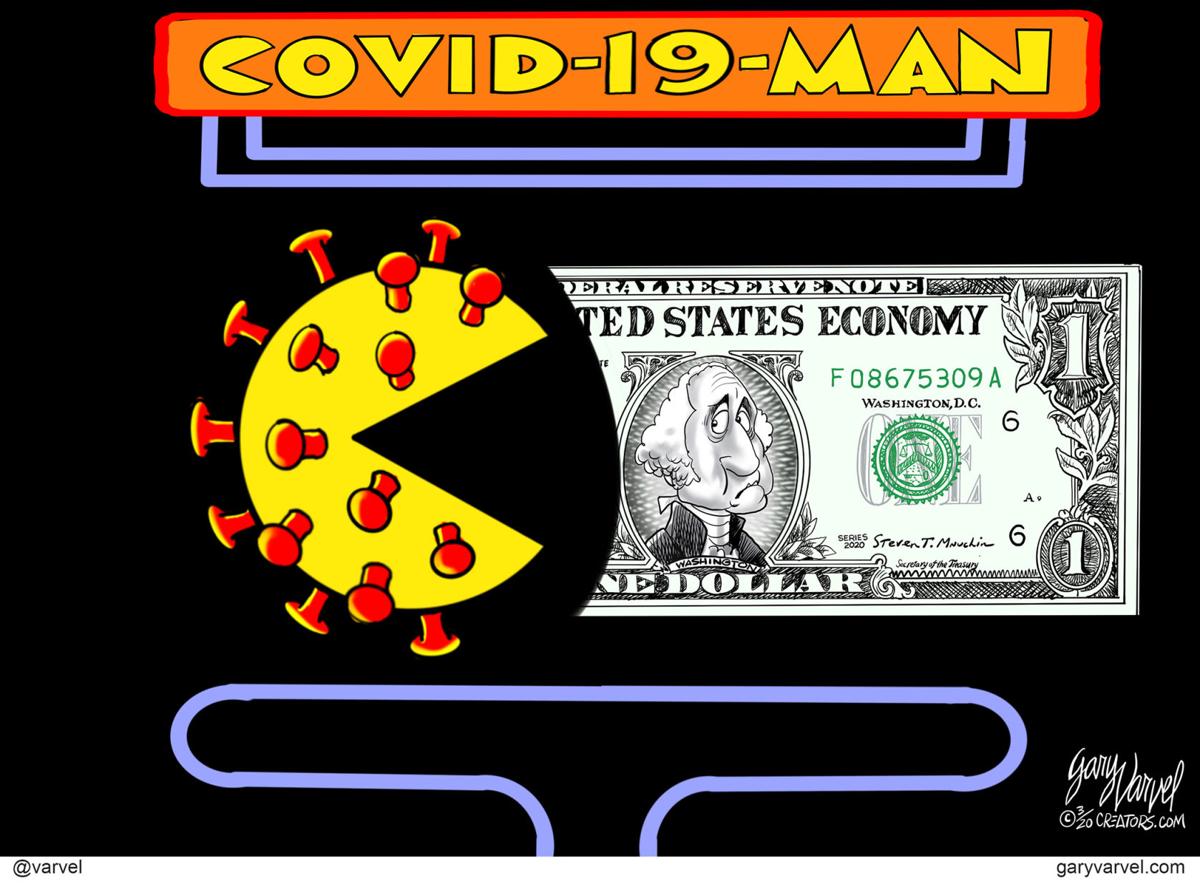 A Lesson in Mortality