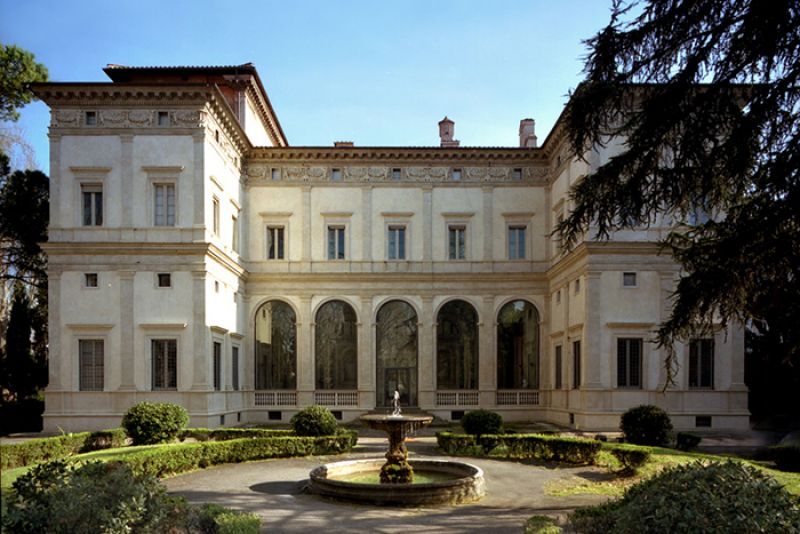 As reported by Robert Wade at Climate Etc.. Cancel culture in climate change a major scientific conference was cancelled because one of 14 papers to be presented was critical of global warming theory.  As Wade stated:

A microcosm on the ‘morality’ of cancel culture: the aborted conference on ‘Global Warming: Mitigation Strategies’, hosted by the Italian scientific academy the Lincei.

Naturally it seems the skeptical paper is nowhere to be found, but the same authors wrote in 2019 to the political leaders of Italy with their concerns, likely a synopsis of their findings.  The text in English comes from an article Top Italian Scientists Debunk “Man-made Global Warming” at panamasynodwatch.  Here is what alarmists found so offensive. Excerpts in italics with my bolds.

PETITION ON ‘MAN-MADE GLOBAL WARMING’
To Your Excellences:

President of the Republic

President of the Senate

President of the Chamber of Deputies

President of the Council

We the undersigned, citizens and scientists, warmly invite our political leaders to adopt environmental protection policies consistent with scientific knowledge. It is particularly urgent to combat pollution where it occurs as indicated by the best available science. In this regard, it is deplorable to see delay in reducing anthropogenic pollutant emissions in both land and sea using the rich knowledge made available by the world of research.

However, we must become aware that carbon dioxide itself is not a pollutant. On the contrary, it is indispensable for life on our planet.

In recent decades, the thesis has spread that the heating of the Earth’s surface of around 0.9° C observed from 1850 onwards would be anomalous and caused exclusively by human activities, particularly by CO2 emissions from the use of fossil fuels in the atmosphere. This is the anthropic global warming thesis promoted by the United Nation’s Intergovernmental Panel on Climate Change (IPCC). They claim it will produce environmental changes so serious as to cause enormous damages in an imminent future unless drastic and expensive mitigation measures are not immediately adopted. In this regard, many nations around the world have joined programs to reduce carbon dioxide emissions and are also pressed by a relentless propaganda to adopt increasingly demanding programs whose implementation place heavy burdens on the economies of individual member states.

They claim that climate control, and therefore the “salvation” of the planet,
would depend on it

However, the anthropic origin of global warming is an unproven hypothesis deduced only from some climate models, that is, from complex computer programs called General Circulation Models.

On the contrary, the scientific literature has increasingly highlighted the existence of a natural climatic variability that such models are unable to reproduce. This natural variability explains a substantial part of the global warming observed since 1850. Therefore, the anthropic responsibility for climate change observed in the last century is unjustifiably exaggerated and the corresponding catastrophic predictions are unrealistic.

The climate is the most complex system on our planet and so needs to be addressed with methods that are adequate and consistent with its level of complexity. Climate simulation models do not reproduce the observed natural variability of the climate, and in particular, do not reconstruct the warm periods of the last 10,000 years. These periods were repeated about every thousand years and include the well-known Medieval Warm Period, the Roman Hot Period, and generally warm periods during the Holocene Optimal. These past periods were also warmer than the present period despite their CO2 concentration being lower than the current one while related to the millennial cycles of solar activity. The models do not reproduce these effects.

It should be remembered that the heating observed since 1900 actually started in the 1700s, i.e., at the minimum of the Little Ice Age, the coldest period of the last 10,000 years (corresponding to the millennial minimum of solar activity, which astrophysicists call Maunder Minimal Solar). Since then, solar activity, following its millennial cycle has increased by heating the earth’s surface. Furthermore, the models fail to reproduce the known climatic oscillations of about 60 years. These were responsible, for example, for a warming period (1850-1880) followed by a cooling period (1880-1910), a heating (1910-40), a cooling (1940-70) and a new warming period (1970-2000) similar to that observed 60 years earlier. The following years (2000-2019) did not see the increase, predicted by the models, of about 0.2° C per decade, but a substantial climatic stability sporadically interrupted by the rapid natural oscillations of the equatorial Pacific Ocean, known as the El Nino Southern Oscillations, like the one that led to temporary warming between 2015 and 2016.

The media also claim that extreme events such as hurricanes and cyclones have increased at an alarming rate. Instead, like many climate systems, these events have been modulated since the aforementioned 60-year cycle. For example, if we consider the official data from 1880 on tropical Atlantic cyclones that hit North America, they appear to have a strong 60-year oscillation correlated with the Atlantic Ocean’s thermal oscillation called Atlantic Multidecadal Oscillation. The peaks observed per decade are compatible with each other in the years 1880-90, 1940-50 and 1995-2005. From 2005 to 2015, the number of cyclones decreased precisely following the aforementioned cycle. Thus, in the period 1880-2015, there is no correlation between the number of cyclones (which oscillates) and CO2 (which increases monotonically).

The climate system is not yet sufficiently understood. Although it is true that CO2 is a greenhouse gas, according to the same IPCC, the climate’s sensitivity to a CO2 increase in the atmosphere is still extremely uncertain. It is estimated that a doubling of the concentration of atmospheric CO2 from the roughly pre-industrial 300 ppm to 600 ppm can raise the average temperature of the planet from a minimum of 1° C to a maximum of 5° C. This uncertainty is enormous. In any case, many recent studies based on experimental data estimate that climate sensitivity to CO2 is considerably lower than estimated by IPCC models.

Now then, it is scientifically unrealistic to attribute to humans the responsibility for the warming observed from the past century to today. Therefore, the alarmist forecasts are not credible because they are based on models whose results contradict the experimental data. All the evidence suggests that these models overestimate the anthropic contribution and underestimate the natural climatic variability, especially the one induced by the sun, moon, and ocean oscillations.

Finally, the media spread the message that there would be an almost unanimous agreement among scientists with regard to the anthropic cause of the current climate change, and that therefore the scientific debate on this point is closed. However, first of all, we must understand that the scientific method dictates that it is facts, rather than the number of adherents, that turn a conjecture into a consolidated scientific theory.

At any rate, the alleged consensus does not exist. In fact, there is a remarkable variability of opinions among specialists – climatologists, meteorologists, geologists, geophysicists, astrophysicists – many of whom recognize that an important natural contribution to global warming was observed from the pre-industrial period and even from the post-war period to this day. There have also been petitions signed by thousands of scientists who have expressed dissent with the conjecture on anthropic global warming. These include the one promoted in 2007 by the physicist F. Seitz, former president of the American National Academy of Sciences, and the one promoted by the Non-governmental International Panel on Climate Change (NIPCC) whose 2009 report concludes that, “Nature, not human activity, rules the climate.”

In conclusion, given the crucial importance of fossil fuels for the energy supply of humanity, we suggest that we do not adhere to policies of uncritical reduction of carbon dioxide emissions into the atmosphere on the illusory pretense of governing the climate.

[The eight scientists above were joined by an additional 84 signatories to the petition.Their names are included in the linked panamasyodwatch article.]