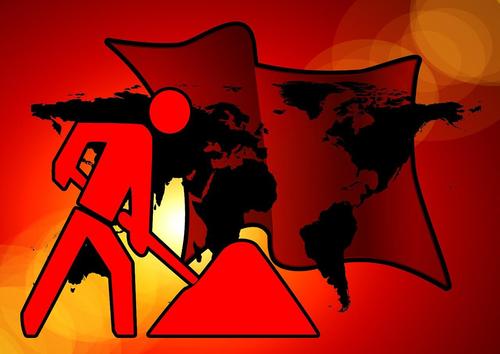 Tyler Durden posted at zerohedge This Is How They Intend To Get Us To “You Will Own Nothing And Be Happy”.  Excerpts in italics with my bolds.

The pieces of the puzzle may fit together in ways that you do not expect. For years, the global elite have been openly telling us that one day we will all own nothing, we will have no privacy, and we will be extremely happy with our new socialist utopia. But exactly how do they intend to transition to such a society? Are they going to come and take all of your stuff? Needless to say, there are millions upon millions of very angry people out there that aren’t just going to hand over their stuff to a bunch of socialists. So how are they going to overcome that obstacle?

Well, the truth is that they don’t need to take your stuff to implement their goals.  All they need to do is to destroy the value of your money.

If your money becomes worthless, you will start descending into poverty and it won’t be too long before you become totally dependent on the government.

And as the stuff that you have right now wears out, you won’t be able to replace it with the worthless money that you are now holding.

Eventually, you will own virtually nothing, but you probably won’t be very happy about it.

So high inflation is actually a tool that the global elite can use to further their goals.

The good news is that I do not believe that the global elite will ever be able to achieve their utopia.

The bad news is that they won’t be able to achieve their utopia because western society is going to completely and utterly collapse during the times that are ahead.

But as I demonstrated last week, the truth is that inflation is rising much faster than our paychecks are, and that means that our standard of living is going down.

And inflation is one of the big reasons why the University of Michigan Consumer Sentiment Index just hit the lowest level since 2011.

The Federal Reserve has lost control, and 2022 is going to be a very “interesting” year from an economic standpoint.

On Sunday, we learned that the average price of a gallon of gasoline in California has almost reached five dollars…Gasoline prices are going to continue to move higher, and that is really bad news.

Just about everything that we buy has to be transported, and so higher gasoline prices are going to fuel even more inflation.

Sadly, those that are on the bottom of the economic food chain are the ones that are being hurt the most. At this point, many food banks are really struggling to purchase enough food because price hikes have become so severe…

So many problems have converged all at once.  Some have used the term “a perfect storm” to describe what we are facing, and I think that is definitely quite appropriate.

If you are waiting for life to “get back to normal”, you are going to be waiting for a very long time. As MN Gordon has noted, pre-2020 prices are now gone forever…

But sooner or later, this is what socialist regimes always do.  They tell us to study hard, get a good job and work as hard as we can.  And then they give our money to people that haven’t done any of those things.

Eventually they run out of other people’s money, and so then they just start wildly creating more.

Unfortunately, every time that this has been tried throughout history it has always ended in disaster, and now it is our turn.

Left unspoken was a chilling reminder from history: Inflation has a unique power to kneecap a presidency. Incumbent presidents and their parties do not do well at all when inflation (and attempts to cure it) are on voters’ minds come election time. The gas pump, the supermarket check-out counter, the heating bill, the sticker on the windshield, provide — or seem to provide — powerful indictments against the party in charge.

If that’s not enough to unsettle the White House and its allies, consider this: Presidents have almost no power to ease the pain of inflation, and the voting public cuts presidents no slack at all because of that impotence. Look into the toolbox of our country’s chief executive and you’ll find it empty of effective tools, filled instead with devices now obsolete or laughable or meaningless or politically destructive.

But if you’re looking for a president who did in fact do something to tame inflation — albeit indirectly — it was Jimmy Carter. When he appointed Paul Volcker as chair of the Federal Reserve Board, he put someone in a position of real power who was determined to fully exercise that power, no matter the consequences.

With an inflation rate in 1980 of more than 13 percent — “It was the biggest inflation and the most sustained inflation that the United States had ever had,” Volcker recalled — he led the Fed to a historic tightening of the money supply. Interest rates rose vertiginously; at one point the prime rate hit 21 percent. The consequences were dramatic and ugly — a recession more severe than any since the Great Depression. Four million workers lost their jobs.

The “stagflation” — a toxic combination of inflation and unemployment — helped send Carter down to a landslide defeat in 1980. By 1982, the unemployment rate hit 10 percent, a number high enough to cost Republicans 27 seats in the House. By 1984, however, unemployment was moving in the right direction, dropping to just over 7 percent. Economic growth was over 7 percent, inflation had dropped to under 4 percent — and Ronald Reagan won a 49-state re-election.

The United Sates has not faced a genuinely worrisome inflation rate since, and that’s another source of pain for Biden and his party. Americans have had no experience in decades with prices rising across the board; a 6 or 7 percent inflation rate is nothing compared to the Carter era, but it looks particularly worrisome compared with the recent past.

If Biden’s advisors are right, 2022 will see the lessening of inflation, as goods flow into the stores and automobile lots where cash-flushed customers will no longer bid up the costs of scarce items. But that’s more of a hope than a certainty; the White House description last summer of the “transitory” nature of this inflation seems a lot less convincing now, and the prospect of Christmas season with high priced or unavailable goods and sharply higher fuel costs does not bode well for the president’s already-sinking approval numbers. 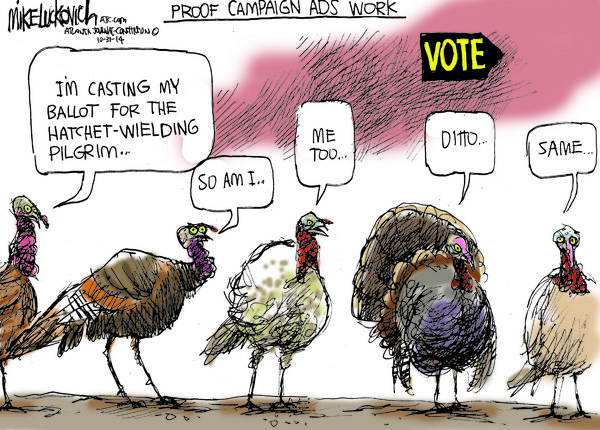 In ‘The Road to Serfdom’ F. A. Hayek set out the danger posed to freedom by attempts to apply the principles of wartime economic and social planning to the problems of peacetime. Mises Institute provides a text in pdf format here