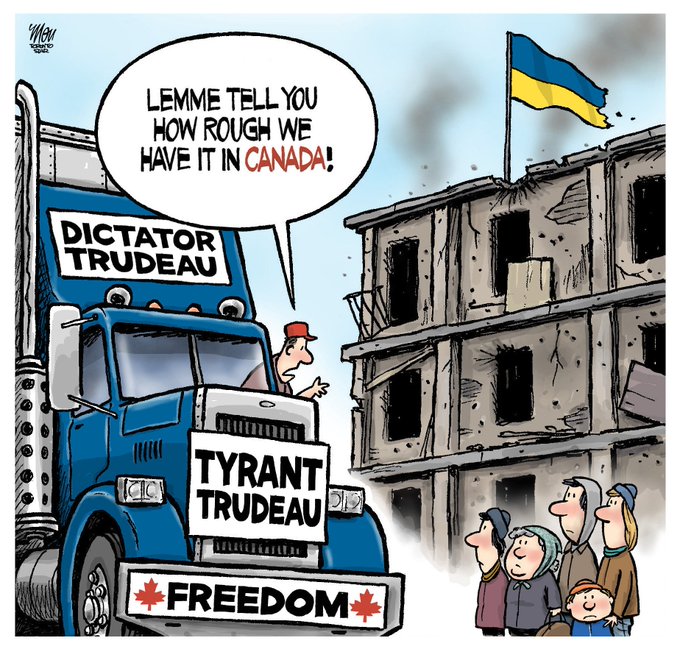 David Staples reports on the latest Trudeau attack on Canadian energy in his Edmonton Journal article If Trudeau’s new climate plan is excellent, why does Rachel Notley blast it? Excerpts in italics with my bolds.

My own fear is that such policies will hammer Canada’s biggest energy sector
and hobble our most promising one.

The prime minister has now proposed a new direction on energy policy. Of particular concern is his government’s call for a 42 per cent emissions cut for Canada’s oil and gas sector by 2030 and its growing opposition to nuclear power.

But watching Trudeau in Vancouver on Tuesday promoting his new emissions policy, I also can’t help but fear the worst. Of course, feel free to write off my critique as a fear of change or as partisan blather. Even I question myself. I acknowledge I could be wrong. Things could turn out fine for all kinds of reasons I don’t now comprehend. Who can predict the future?

“Based on what we are hearing from folks in the oil and gas sector, the 42 per cent (emissions cut) by 2030 is not just ambitious, it’s beyond ambitious,” Notley said. “It’s a fantasy.”

Notley isn’t in the habit of calling out Trudeau every day of the week. In the past, when she was Alberta premier, she worked well with Trudeau, coming together to push for carbon taxes, the phasing out of coal, and the federal government’s purchase of the TMX pipeline project.

But now comes this 42 per cent non-solution.

It’s clear that the Trudeau Liberals failed to listen to the oil and gas sector, Notley said, because this reductions plan simply can’t be done in just seven years. As she put it, “There are practical, physical limits on how quickly facilities can be constructed or upgraded, or projects even approved.” .

Notley also pointed out of the unfairness of Trudeau’s scheme, that while the oil and gas sector produces 26 per cent of emissions and the transportation sector produces 25 per cent, oil and gas have been hit with a 42 per cent cut while it’s just 11 per cent for transportation. “This is manifestly unfair and it will have serious economic consequences for Alberta and for Canada.”

In his own speech, Trudeau appeared to be gunning hard for oil and gas. It was the first thing out of his mouth that needed cutting. He then went on to say things that raised far more questions than they answered, such as: “Other elements of our plan include our plan to create jobs and keep air clean by making life more easier and affordable for the middle class.”

How are those things at all related? If we move away from oil and gas and nuclear — which create all kinds of well-paying jobs in Canada — how will importing solar panels from China and wind turbines from Europe and elsewhere create a windfall of great jobs in Canada?

And how does adding an ever-escalating carbon tax make life more affordable?

Does it not drive inflation? Does it not make us less competitive compared to countries without a carbon tax, like our neighbours in the United States?

Trudeau also talked about “mandatory” sales targets for zero-emission vehicles, 20 per cent fo 2026 and 60 per cent by 2030. But do we have the grid in place to power a nation of electric vehicles? And if we fail to get behind natural gas and nuclear, will we have a reliable supply of low carbon power?  And do we really want to force car dealers to sell us a product that may or may not work well for our needs? 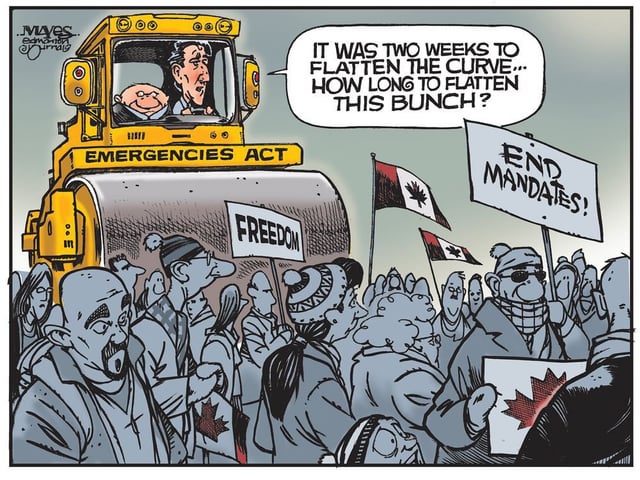 Trudeau took a “not to worry” stance.  “Canadians,” he said with his customary wild-eyed certainty, “are united in knowing this is where the future is going and that we can get there together.”

But we’re not united. I say that with certainty. Trudeau has lost even Notley this time.

Once the high cost, economic hardship and heavy-handed government overreach of his new climate plan sinks in, I suspect he’ll lose many more. 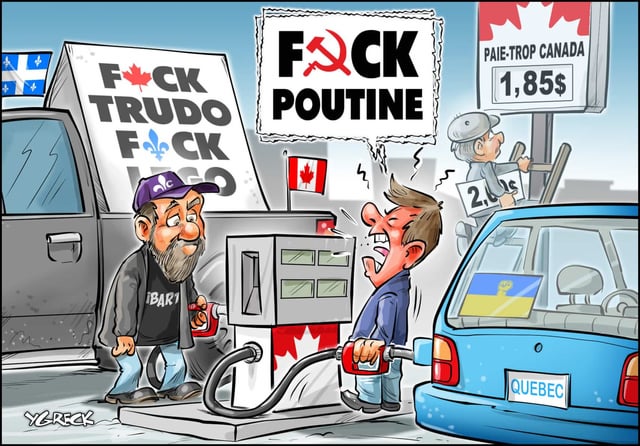