Jerry Bowyer writes at Real Clear Markets Return-Focused Investors Are Starting to Notice the Politicization of Corporations.   Excerpts in italics with my bolds and added images.

We monitor and analyze proposals placed before shareholders for annual meetings held by publicly traded companies for funds, financial advisors and individual stockholders. For far too long, investors who are actually focused on returns have thrown annual proxies into the wastebasket while highly organized activist groups motivated chiefly by political considerations have been using shares as a mechanism to promote their own particular brand of social change. Recently, however, return-focused investors have begun to notice the degree to which a small minority has been politicizing corporate life, and a backlash has clearly formed against that.

One of the main issues has been increasing attempts to use shareholder engagement against fossil fuel usage, which came to a head last year when three anti-oil board members were elected to board seats at Exxon, a major oil company (Activist firm Engine No. 1 claims third Exxon board seat (cnbc.com)). A small activist fund received some assists in this campaign from a number of government employee pension funds and Blackrock. There was understandable backlash from public pension plans of energy-producing states, which received media coverage. Blackrock executives have tried to walk back some of the more heated rhetoric from CEO Larry Fink when dealing with energy-friendly clients.

What we are seeing so far in the early phase of this year’s annual shareholder meeting season is a spate of proposals, typically from political activist groups, pushing more aggressive anti-carbon measures. We’re also seeing investors rejecting such proposals. For example, as of this writing, the tentative vote counts for Royal Bank of Canada show shareholders voting down all of the items placed on the ballot by activists, including several having to do with fossil fuels. This is consistent with the pattern we’ve seen so far.

We’ll leave aside self-imposed fossil fuel divestment plans put forward by management under the moniker “Climate Action Plan”, as we’ve dealt with that issue here (How “sustainable investing” emboldens Putin | Analysis News (christianpost.com)). This analysis is focused on activists’ recent attempts to go even further in opposition to fossil fuels. In general, management teams have opposed these types of proposals, but it is arguable that they are somewhat responsible for bringing them about: advocates frequently cite public statements about environmental commitments and statements about the risks of climate change made by the company and argue that they are simply asking the company to live up to its public posturing.

Managers of these companies are beginning to see that public political pronouncements
do not assuage, but rather embolden, activist demands. 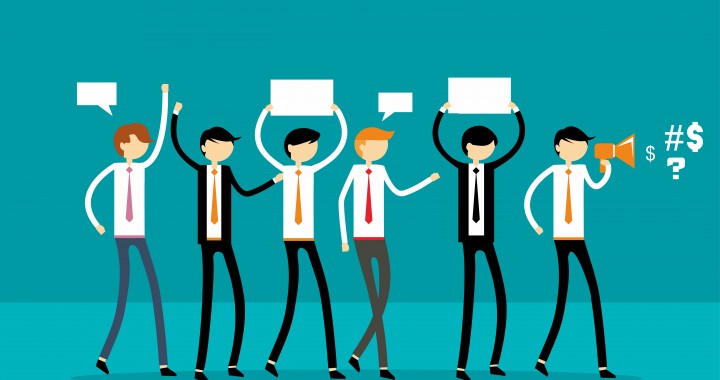 Let’s look at some of the proposals which are showing up on proxies this year:

Climate action plans in general have not been rigorously shown to be of benefit to shareholders, nor even to reduce GHG emissions (since nothing prevents other banks from financing the fossil fuels companies which would be de-banked by the proposed plan). So adding an extra level of institutional pressure to managers in the form of automatic annual votes is not warranted. If there is adequate support for a vote in any given year, shareholders of even modest scale can place it on the ballot.

The proposal fails to make a rigorous case for shareholder benefit. The proposal is ostensibly modeled on the Paris Accords, but the Paris Accords are a proposal for regulations which governments would impose on industry, not for limitations which industry would impose on itself. When businesses, for example banks, limit customers on some basis other than profitability, that likely subtracts from shareholder value. And the limitation fails to decrease carbon emissions unless there are broad global restrictions on carbon emissions. Such arbitrary (from a revenue point of view) restriction of potential customers for banking services doesn’t shrink emissions, it simply transfers that business opportunity to other companies and countries.

♦  Set Up a Climate Change and Environment Committee.

The proposal is for the board to set up a standalone committee focusing exclusively on environmental issues. The support statements tend to be thinly argued, doing little more than asserting that climate change is an important issue and navigating it is a matter of some complexity. In some cases boards of directors have argued against such resolutions by pointing out that there are several committees already which deal with environmental issues, including risk committees. To the degree that environmental issues are specifically of shareholder concern and not just general social concern, it is because of the potential risks, therefore environmental concerns seem most properly housed in the risk committee where they typically reside. There, environmental risks can be analyzed in relation to all risks, not elevated above them as a unique concern above all other risks.

When we have seen this proposal it has come from a labor union which tends to engage on political issues. This appears to be an anti-privatization measure with an environmental element added perhaps to get broader support. Financing of privatization is a standard banking practice because it is of potential benefit to shareholders. Whether privatization is beneficial or detrimental to society as a whole is a matter of long debate. In addition, in the case we’ve seen, the proponents make no argument to establish that an operation currently operated by government, which produces environmental impact, would become more environmentally harmful if it were transferred to the private sector, and so it provides no environmental reason why banks should not engage in the otherwise profitable business of financing such transfers.

This resolution was submitted by an activist group, Investors for Paris Compliance, on behalf of two shareholders (this is a common practice in regards to ESG proxy proposals). This proposal strongly overreaches standard climate plans, in that it precludes, rather than just reduces, investment in certain energy sources. In addition, the inclusion of the indigenous peoples element seems tangential to the main issues. Per comments made live at the shareholder’s meeting for Royal Bank of Canada, this is not about situations in which indigenous people actually own the property and therefore can legally block the projects. The rhetoric has instead invoked situations in which indigenous peoples opposed development on land they did not own, and were arrested for protesting on the property of others. It can reasonably be postulated that this is an attempt to bolster the anti-fossil fuels agenda by tapping into the indigenous people’s cause which is currently quite prominent in Canadian politics.

It seems plausible that the politicization of corporate governance in and around climate change may well have gone farther than corporate managers, in this case, Canadian banks, are willing to go in terms of sacrificing profit for the protection of alleged “reputational risk”. Even more interesting is the fact that a largely Canadian investor base also seem unenthusiastic about such proposals.

Jerry Bowyer is the President of Bowyer Research, an economic and financial research and consulting firm.