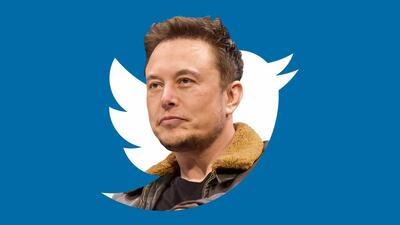 Sergei Klebnikov at Forbes reports Musk Says He Has ‘Sufficient Funding’ To Buy Twitter, Claims He Has ‘Plan B’ If Offer Is Rejected.  Excerpts in italics with my bolds.

Tesla’s billionaire CEO Elon Musk, who submitted a $43 billion bid to buy Twitter on Thursday, said later in the day at a TED conference in Vancouver that he has “sufficient assets” to buy the social media company and already has a “Plan B” ready if the board decides to reject his offer.

♦  “I can do it if possible,” Musk said at the conference when asked if he could actually afford to buy Twitter, adding that he has “sufficient assets” to carry out such a deal, amid doubts that he has enough liquidity given almost all his wealth is tied up in SpaceX and Tesla stock.

♦  The Tesla billionaire also said that he “has a Plan B” if Twitter’s board of directors, which will meet to discuss his attempted acquisition, reject his offer.

♦  The comments notably contrast with what Musk said earlier in filings with the Securities and Exchange Commission, when he described his $43 billion takeover bid for Twitter as his “best and final offer.”

♦  Musk reiterated that he wants to buy the social media platform as it has become the “de facto town square” and it remains imperative for there to be “an inclusive arena for free speech” in society.

♦  “I don’t care about the economics at all,” Musk responded when asked about making money on Twitter, adding that he wants to convert the platform to an open-source algorithm where users could review the code, instead of “having tweets sort of be mysteriously promoted and demoted with no insight.”

Musk’s bid to buy Twitter was met with mixed reactions from Wall Street analysts on Thursday. Some experts are adamant that Twitter will have a hard time rejecting the $43 billion offer or that this is just the beginning of a hostile takeover battle. Others remain highly skeptical, with some analysts calling Musk’s latest moves a “distraction” from challenges at Tesla.