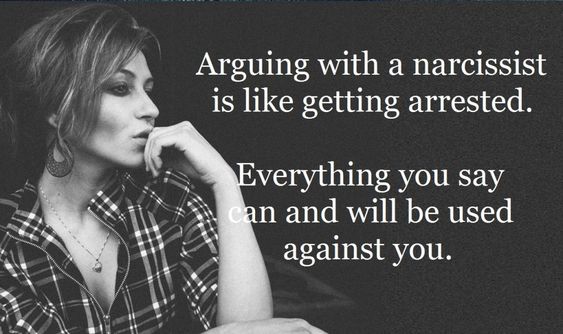 Ross Pomeroy writes at Real Clear Science What Are the Effects of America’s Narcissism Epidemic? Excerpts in italics with my bolds and added images.

There’s a strong case to be made that since the end of World War II, Americans have grown increasingly narcissistic on average – more entitled, with an inflated sense of self-importance.

Psychologists Jean Twenge and W. Keith Campbell are most responsible for collecting data and creating a narrative to support this claim. According to the duo, the rise began with the Baby Boomers, who grew up in an era of relative ease and plenty after their grandparents endured a Great Depression and their parents soldiered and sacrificed through World War II. By the time they were college-aged, Boomers eschewed the collectivist mindset of their elders in favor of individualism.

The trend continued with Boomers’ kids. As Dennis Shen wrote for the London School of Economics’ Phelan United States Centre, “One study comparing teenagers found that while only 12% of those aged 14-16 in the early 1950s agreed with the statement “I am an important person”, 77% of boys and more than 80% of girls of the same cohort by 1989 agreed with it.”

And, of course, the rise in narcissism has persisted since. In 2008, Twenge published a study comparing college students’ scores on the Narcissistic Personality Inventory scale to scores from students in 1979, finding that levels of narcissism had risen roughly 30 percent.

Additional research has evinced this increase. “59% of American college freshmen rated themselves above average in intellectual self-confidence in 2014, compared with 39% in 1966,” Shen wrote.

Owing to the elevated prevalence of social media services over the past decade, it’s highly likely that the rise in narcissism has only accelerated of late.

We see it on Twitter, where users flock to share their ‘brilliant’ opinions. We see it on Instagram and TikTok, where people carefully curate their online personas. We also see it in traditional media sources, where elite-educated journalists often make themselves the story and focus on tending their Twitter profiles. Narcissism also reigns on television news. Gone are the days of humble correspondents and “just the facts” anchors, replaced by talking heads and opinionated hosts more interested in their ratings than the truth.

Of course, while narcissism has risen, that doesn’t mean we are all narcissists. It exists both as a trait, which is on a spectrum, and a personality disorder, which is much more extreme and debilitating. Narcissistic personality disorder has actually remained fairly stable in the U.S. over the past decades. This means that the average American is more self-centered than they used to be, but decidedly not stuck in their own head.

What are the wider effects of this psychological transition?

As Shen speculated, partisanship has exploded as people have grown more enamored with their own beliefs and less open to others’. Debt-financed conspicuous consumption “to elevate one’s status in front of others, rather than out of necessity” has risen. And an increasing disdain for government could partly be attributed to a focus on somewhat arrogant self-sufficiency.

There is also another way to look at the rise in narcissism – as a defense mechanism. Narcissism is often driven by low self-esteem and insecurity. Since the 1950s, wealth inequality has risen, cost of living has exploded, especially for housing, and puchasing power has stagnated. Combine these economic pressures with the competitive, pressure-filled media environment since the turn of the century and you have a recipe for a rise in narcissism. And sadly, narcissism is linked to elevated hostility and aggression towards others. One hopes that Americans can find a way to cool their collective narcissism before it boils over.

Denis Shen adds discussion at LSE (London School of Economics) A rise in narcissism could be one of the main causes of America’s political and economic crises.  Excerpts in italics with my bolds.

At extremes, narcissism undermines institutions that underpin a strong society, with links to shallow values, less intellectual interest and value on hard work, aggression and relationship complications, and lack of empathy and concern for others. When we consider political or economic dilemmas, we should not avoid discussion of the role that cultural factors and social psychology might have.

In the aftermath of the Second World War, a rare consensus within America emerged, the result of existential crises in the form of the World War and looming Cold War. In an era when the United States’ hegemony was unchallenged in the West, a type of groupthink existed within the nation’s borders—the ‘Greatest Generation’ emphasized conformity and discouraged individuality. This was supported by earlier shared struggles and the decline of class differences during the Great Depression and war era. This post-war era of togetherness saw unprecedented economic stability and trust in the state as the steward of the people. The nation backed global reciprocity, exemplified during the founding of the United Nations, Bretton Woods institutions and Marshall Plan.

As the Baby Boomers came of age in the 1960s and 70s, the grey society of the post-war consensus had begun to vanish in favor of a more individualistic focus on self-expression and self-identity.

The problem is that this change in the narrative furthered henceforth. It became pronounced enough by the 1970s that Tom Wolfe in 1976 titled this “The ‘Me’ Decade”. The cohorts that were raised in the 70s and 80s—Generations X and Y—continued this trend: to the extent that one study comparing teenagers found that while only 12% of those aged 14-16 in the early 1950s agreed with the statement “I am an important person”, 77% of boys and more than 80% of girls of the same cohort by 1989 agreed with it. This evolution has accelerated since the 1990s and 2000s, with the rise of the internet and social media influencing the social milieu of the Millennials and Generation Z.

Cultural roots of the modern crisis

Many of the extant crises in the United States can be traced to some extent to such cultural factors and entitled behavior. The racial and ideological tensions, and consequential partisanship in Washington—which supported the election of Donald J. Trump, have been exacerbated by the self-focused and competitive behavior of separate interest groups in society and politics, with not enough of the requisite empathy to reassess the world from one another’s vantage points. The financial crisis can be explained in part by the narcissistic behaviors of bankers and consumers alike—creating a “time-delay trap” of near-term greed over long-term logic. America’s trade deficit has been exacerbated by debt-financed “conspicuous consumption”—goods purchased to elevate one’s status in front of others, rather than out of necessity. And the crisis of confidence in government can be ascribed in part to the philosophical “hunkering down” and focus on self-sufficiency, rather than on mutual dependence.

Methods to address narcissism are not simple, however, even if society is malleable. During times of economic growth and stability, narcissism tends to grow. This is due to how success and prosperity impacts people, how that then filters to more accommodating parenting norms, and how we’re affected by urbanization and changes to smaller family sizes. Conversely, economic hardship and economic down-cycles tend to support group-minded, non-self-centered people, by enforcing modesty and hard work. In that, there may be both an inherent cyclical dynamic between business cycles and narcissism, and a structural dynamic between economic development and narcissism—with too much societal hubris only correctable in the end through a form of economic or national crisis.

A crisis around the world

The issue has not been isolated to the United States. Rather, the evolution of narcissism has advanced around corners of the world.

In China, there’s been an economic revolution experienced within the span of half a lifetime—with hundreds of millions lifted out of poverty since 1980 and living standards transformed and modernized. But, with the economic miracle has come the sudden upheaval in former collectivistic norms. The rise of the ‘Little Emperors’ and ‘Precious Snowflakes’ is now evident in younger generations that have grown up in only-child households amongst growing economic abundance. Research notes the role of sociodemographic factors in this increase in narcissism. In the decades ahead, societal, political and economic dilemmas could manifest, if such trends in China advance absent pushback.

A recognition of the problematic associations with narcissism is critical to solving domestic and international issues impacted by it. In addition, greater attention needs to be placed in policy circles on how economic and political development can be furthered whilst preserving or inducing characteristics of a cohesive, self-critical community.