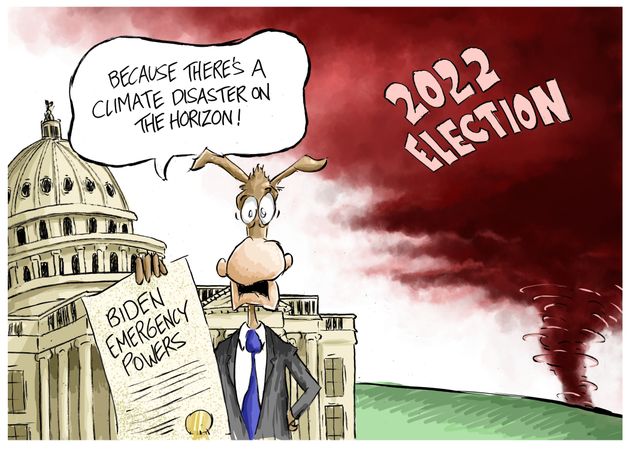 The editors of IBD explain at Issues and Insights Climate Emergency?  What a Crock.  Excerpts in italics with my bolds and added images.

Joe Biden did not declare a climate emergency last week, as many in his party urged him to do. One Democratic senator claimed that the changing climate required “bold, intense executive action” from the president. Another said Biden needed to move because “the climate crisis is a threat to national security.” But there’s no emergency. It’s a wholly manufactured charade.

Though he put off an executive action, Biden said last Wednesday that he has “a responsibility to act with urgency and resolve when our nation faces clear and present danger. And that’s what climate change is about. It is literally, not figuratively, a clear and present danger. The health of our citizens and our communities is literally at stake.”

“Climate change is literally an existential threat to our nation and to the world. … Right now, 100 million Americans are under heat alert – 100 million Americans. Ninety communities across America set records for high temperatures just this year, including here in New England as we speak.”

On the same day Biden issued an authoritarian’s threat:

“Since Congress is not acting on the climate emergency, I will,” he tweeted. “And in the coming weeks my Administration will begin to announce executive actions to combat this emergency.” 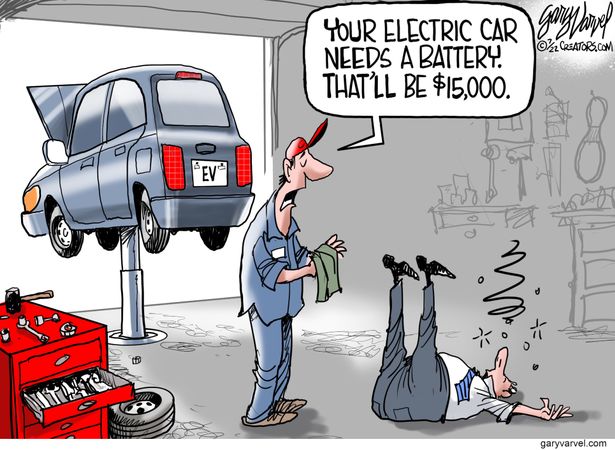 Most Americans who aren’t named Barack Obama like to think that the U.S. is the center of our world if not the universe. But just because much of the country has been hot, it doesn’t mean the entire Earth is on fire. Yet our politicians and media focus on unusual heat despite the obvious:

If the global temperature “is just about average” – and it is –
“then clearly it must be well below average somewhere else.”

The facts, not the Democrats and activists’ political desperation, show that global temperatures have gone nowhere over the past four decades, which is the only period of time they can be accurately measured and compared. Anyone who believes that the temperature record before 1979 is reliable is fooling themselves (and also a blind ideologue).

The only data that can be trusted, that makes a genuine apples-to-apples comparison, are the measurements from satellites. All other temperature reconstructions require faith in subjective readings of often poorly placed primitive instruments, and compromised tree ring signals.

So, then what do the satellite data tell us? That we just went through “the coolest monthly anomaly in over 10 years, the coolest June in 22 years, and the ninth coolest June in the 44 year satellite record,” says University of Alabama at Huntsville climate scientist Roy Spencer. [See Tropics Lead Remarkable Cooling June 2022]  Repeat the line:

But then June 2022 is just one month of many. What about the rest of the record? While global temperature based on satellite readings has trended upward, the increase has been slight. “The linear warming trend since January 1979” is a mere 0.13 of a degree Celsius per decade, says Spencer. June 2022 was also cooler than a number of months on Spencer’s chart, quite a few of them going back more than 20 years.

Other evidence than the emergency exists only in the overly political minds of Democrats, their communications department (the mainstream media), and the usual zealots include:

♦  “Despite rhetoric to the contrary, there is still plenty of sea ice over Arctic regions this summer, supplying feeding platforms for polar bears, ice-dependent seals, and walrus cows nursing their young calves.” – Watts Up With That? 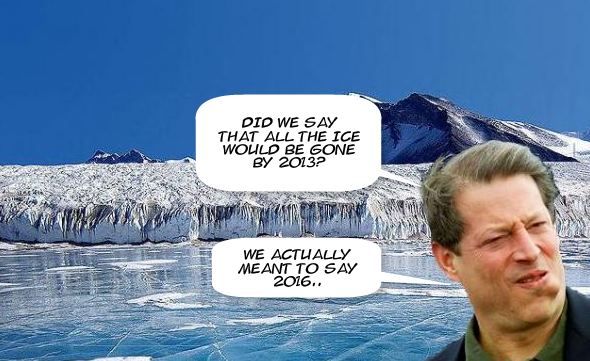 ♦  “If you took a very careful look with consistent data over long periods of time, you will find that these (natural) disasters are not increasing. In fact, the health of the world is increasing tremendously. For example, deaths from weather disasters and so forth have gone down about 95% in the last hundred years. … They really aren’t increasing in frequency or intensity.” – John Christy, University of Alabama at Huntsville climatologist 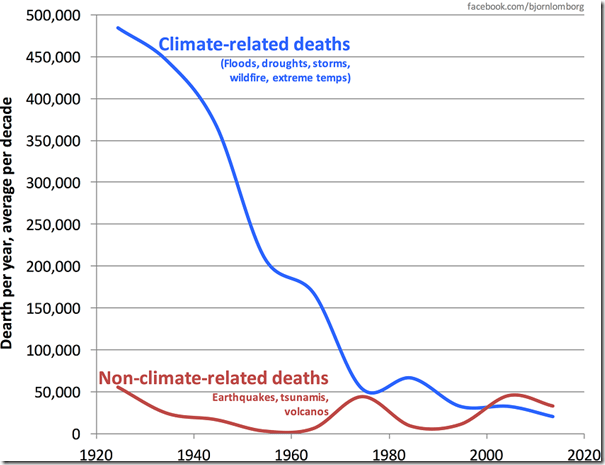 ♦ “The ice caps on Mars have been shrinking in sync with ice caps on earth. To me, that’s fairly good evidence that the sun is involved but NASA assures us that’s not so.” – Bookworm Room

♦ “Natural variability of the atmosphere was the proximate cause of the (recent) warmth and does not represent an existential threat to the population of Europe. Clearly, there’s no cause for alarm, no matter what the media says. But the media won’t tell you any of that, because it ruins their narrative of being able to blame the heatwave on climate change, while hoping you don’t notice their distortion of the truth about ordinary weather events we see every summer.” – Anthony Watts

It’s probably an even bet that Biden will eventually declare a climate emergency. His handlers probably think doing so would help pull his miserable ratings out of their tailspin. But we don’t think Americans want their presidents to act like dictators, especially when they are as feeble of mind as Biden is. 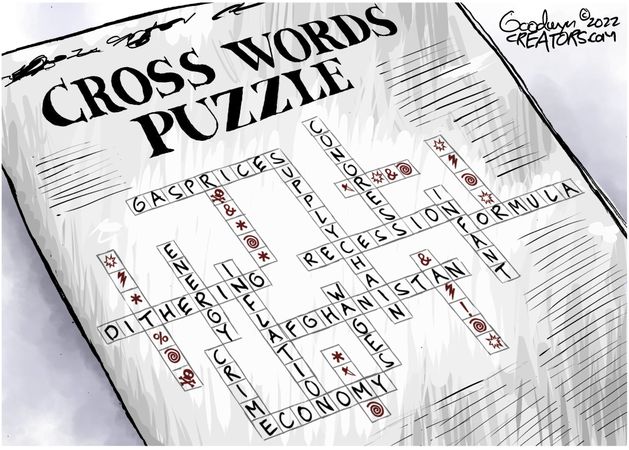