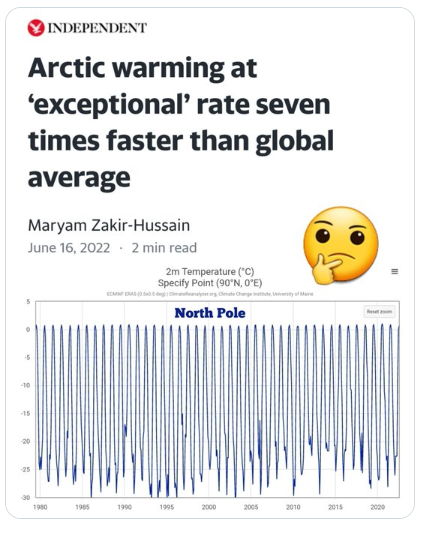 The above image appeared on twitter.  I followed up at the Climate Reanalyzer  to see how it works.  Here is the NASA monthly temperature time series for the North Pole, 90N, 0E.

So NP temperature goes to nearly 0C every summer and down to around -25C in the winter. The last three years’ minimums were nearly the same as the first three years, and in between some minimums were higher and some lower.  So, I agree, 7 X Zero = Zero.