Dennis Lund explains in his American Thinker article Arizona’s numbers don’t add up.  Excerpts in italics with my bolds.

The media and the Democrats want us to believe that Kari Lake, along with others, lost because the “Red Wave” did not exist, and that close association with President Trump was the kiss the of death for Republicans. Really?

Let’s take a closer look at the numbers to see what actually occurred in Arizona.

When unethical people take in ballots to control the election process, they do so by obtaining ballots from those mailed out in various regions of the state. The ballots are then filled out for their favored candidates. The focus is always on the so called “up-ballot” races (president, senators, governors, and statewide offices). Ignored are the “down-ballot” candidates: Congress and local legislatures. The reasons for this are twofold: time and ballot differences. The “up-ballot” candidates are the same for the entire state. The “down-ballot” races are distinct for the locale of that particular precinct or district.

Let’s take a closer look at the numbers for the up-ballot races versus the down-ballot races.

Looking at those four races and taking the average of the votes for each position, we have this:

Now let’s consider what happened in the congressional races. Arizona, which has nine congressional districts, had only seven races, as Democrats did not run candidates in two of the seven districts. Looking at the numbers, we have this:

Now compare that number to the up-ballot numbers, which indicate that about 98,000 more votes were cast for the Democrat candidates than for the Republican candidates.

The conclusion would be that about 68,000 voters who preferred the Republican for Congress voted Democrat for governor, senator, A.G., and secretary of state.

Additionally, the numbers indicate that 150,000 more people voted for all nine Republican candidates than voted for the four statewide offices under consideration for this exercise. 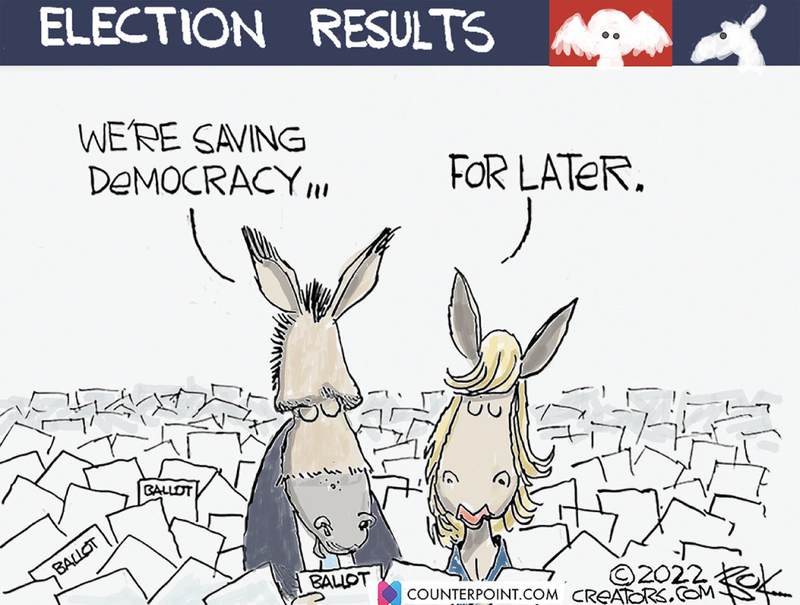 Both of those facts defy logic.  When we consider the travails of Election Day experienced by many voters, the unacceptably high numbers of equipment issues, and the fact that the Democrat secretary of state refused to recuse herself from the election tabulation, one has to believe that there were serious issues regarding the fairness of the election.

We cannot let this continue.

Jay Valentine adds his American Thinker article Election Fraud 2.0! O.K., So What Are You Gonna Do About It? Briefly in italics with my bolds.

Let’s ask the question nobody is asking: Why were candidates spending millions on ads and organizations while ignoring the work of cleaning up the voter rolls?

The Democrat, leftist ballot strategy has one absolute, must have, ingredient: Floating ballots.

A floating ballot is the one that goes to 434 Prescott Street for Bill Jones. But the address is an apartment building, so it cannot be delivered because it does not indicate that Bill is Unit 34. That free-floating ballot is collected by someone – and eventually voted.

This happens in almost every state in about every multi-unit building. We saw it in many states in 2020 and 2022.  In 2022, innovative Republican candidates, a very few, mailed postcards to every voter in their congressional district. The cards that came back = NON-DELIVERABLE ADDRESS. They challenged ballots sent to these addresses, and perhaps they sent volunteers to find some of those accumulated ballots.

Why do we not see every major political campaign have an outreach to identify phantoms and stop the ballot-harvesting? Clue: The Republican organizations are as into keeping phantoms on the voter rolls as the Democrat leftists.

Phantom voter fraud is the heart and soul of ballot-harvesting election-stealing.

If we eliminate phantom voter fraud, people will still screw with machines, Maricopa County will make sure its voting machines do not work in Republican precincts, but the fake-ballot harvesting at scale will end. It’s where the big votes are!

Election fraud is an industry. It is core to the fabric of both Democrat and Republican establishments. 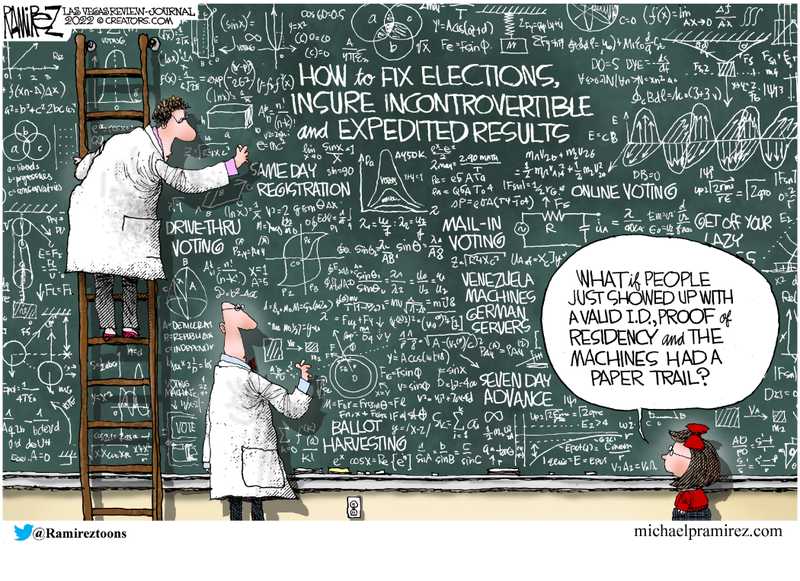