Amazingly, it has become possible to do satire of political climate change activism.  CBC has always promoted climate alarm and has been for many years a platform for alarmist environmentalist David Suzuki.  Just recently however, 22 minutes and CBC comedy have been unleashed, demonstrated by the video above and the fake news release below.

“There are many ways we can take concrete action to fight the reality that we have to fight global warming,” Trudeau explained to reporters Friday. “Meetings, for example. Summits. Conventions. Assemblies. Commissions. Oh, and talks.”

“It’s not going to be easy, but Canada really has to be a leader on this,” he continued. “We as a nation have to challenge ourselves to nearly double the number of climate change meetings we’re currently having, and truly commit ourselves to leaving it at that. I have faith that this government has what it takes to meet endlessly and never actually take any meaningful action to mitigate the inevitable and impending disaster we all know is looming.”

Trudeau went on to explain that other nations are surpassing Canada in the number of meetings they’re having – and that that is unacceptable.

“Look at the Chinese leaders – they meet like every week,” he said. “American leaders used to meet every day, though that’s definitely about to change. I heard their new targets involve reducing climate meetings by 100% by the year 2017.”

Trudeau concluded his remarks by emphasizing the undeniable reality that time is quickly running out.

Welcome to the new world of free speech on climate change.

Footnote for those not familiar with the Canadian scene:

Characters in the video are 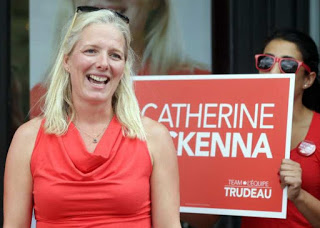 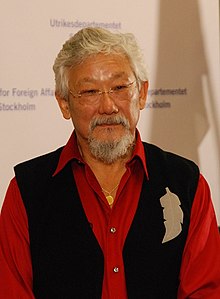 Elizabeth May, MP and Leader of the Green Party