Heavy ice is making it impossible for fishermen from the Twillingate area to get to their crab fishing grounds. It may not open up until mid-May. (Twitter/@jeddore1972) Source: CBC

The title of this post sounds contradictory to most of what the media is saying about Arctic ice being in a tailspin, setting records for low extents, etc. And reports of ice blocking Newfoundland also fly in the face of media claims.

I will let you in on a secret: Arctic Ocean ice is doing fine and well above the decadal average. The only place where ice is below normal is outside the Arctic Ocean, namely Bering and Okhotsk Seas in the Pacific. Claims of disappearing ice pertain not to the Arctic itself, but to marginal Pacific seas that will melt out anyway in September.

I noticed the pattern this April when it became obvious that including Bering and Okhotsk in the Arctic totals gives a misleading picture. For sure they are part of Northern Hemisphere (NH) total sea ice, but currently the Pacific is going its own way, not indicative of the sea ice in the Central and Atlantic Arctic.

Graphically, MASIE shows that, excluding Bering and Okhotsk, 2017 Arctic Ocean sea ice is well above the 11 year average. Note that 2017 Arctic ice started April 100k km2 below average, and has now opened up a lead of ~300k km2 above average.

The distinctive Pacific pattern is evident in the images of changing ice extents this April.  First, see how ice in Bering and Okhotsk seas has retreated steadily this month.

Meanwhile, on the Atlantic side ice has grown steadily.

The Chart below shows the traditional view of NH ice extents, which includes the Pacific seas together with the Arctic seas.  2017 is lower than average on this basis, though the difference is entirely due to Bering and Okhotsk, and obscures the ice surpluses elsewhere.  Comparisons with Sea Ice Index (SII) and 2007 are also shown.

Note that all the central arctic seas are solid.  Barents is nearly average and much higher than 2007.  Baffin Bay-St.Lawrence is much above average and 2007, as shown by the Newfoundland ice that is part of the region.  The Bering and Okhotsk deficits are also obvious.

The details are important to form a proper perception of any natural process, including dynamics of sea ice waxing and waning. On closer inspection, the appearance of declining Arctic sea ice is actually another after effect of the recent El Nino and Blob phenomena, and quite restricted to the Pacific marginal seas.

Meanwhile, on the Atlantic side of the Arctic, we have sightings and reports of ice surges along the coast of Newfoundland, such amounts not seen since the 1980s. Below an image of St. John’s harbour with tons of ice, provided by Ryan Simms. 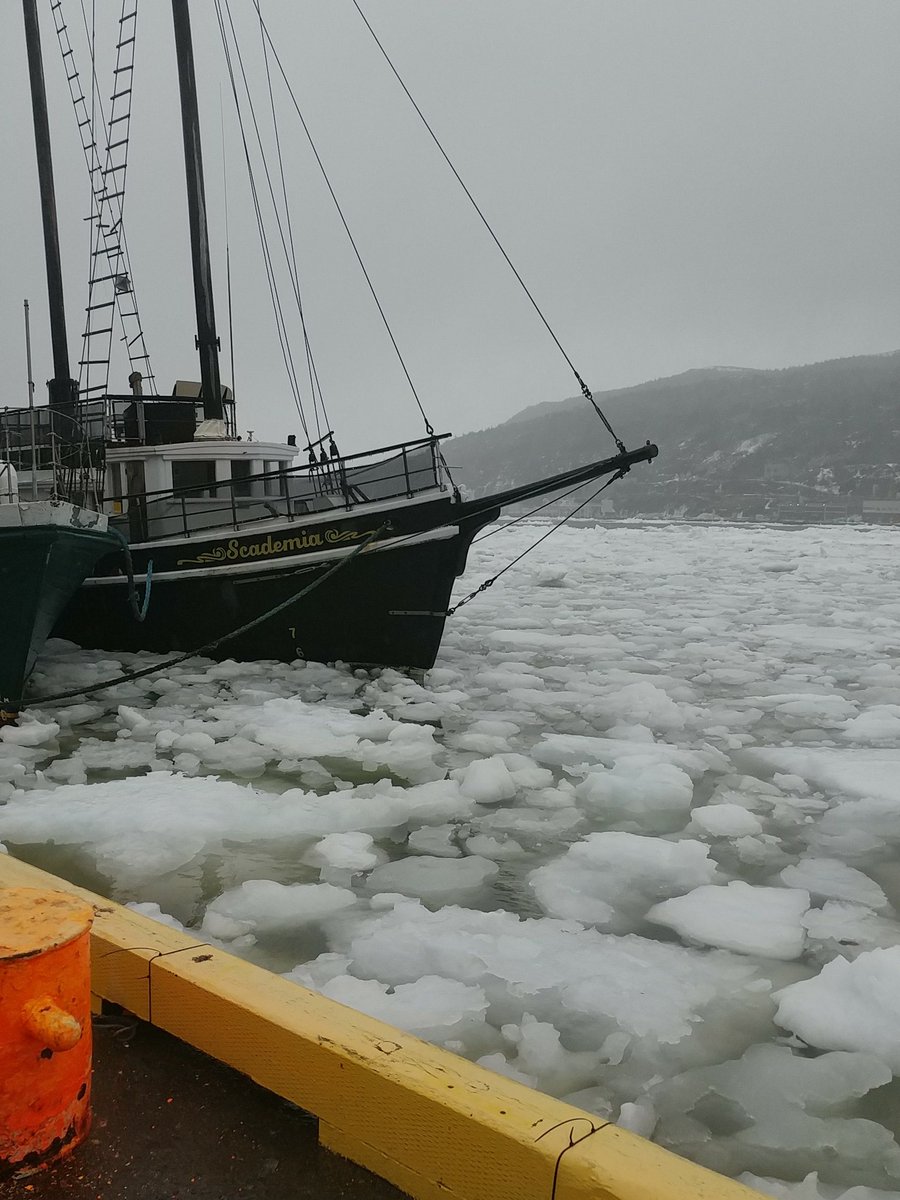 And from Twillingate: “Basically it’s just an ocean of ice ahead of us.’ – Derrick Bath, Polar Venture 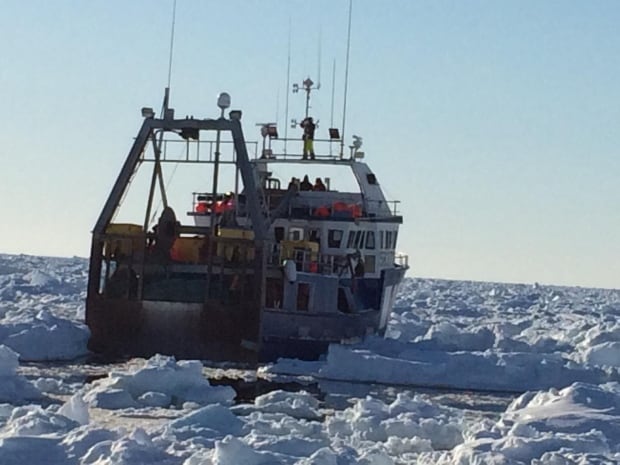 Derrick Bath’s Polar Venture has spent hours trying to make it through the ice near Twillingate. (Submitted by Danny Bath)