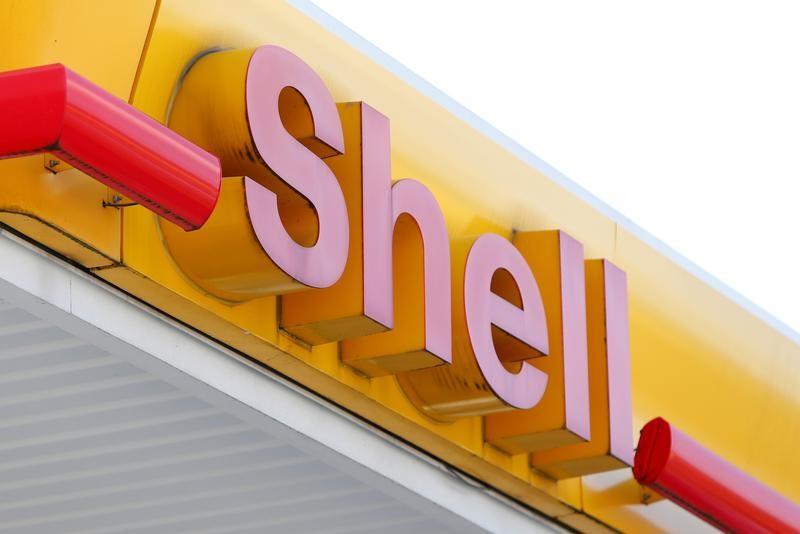 On May 22, 2018 one of the first skirmishes went badly for climatists, though journals like the Guardian gave no such impression:
Shell investors revolt over pay and maintain pressure over climate change; Oil firm grilled over carbon emissions, but defeats motion calling for tougher targets.

The resolution (“2DS”) represents a new front in attempts to constrain oil majors since it seeks authority to set operational goals in reference to the Paris accord, normally the discretion of management. BTW this type of resolution requires 75% approval, and only got 6%.

Proxy advisors exercise great influence in these fights and are coming under increasing scrutiny and criticism for promoting causes against the financial interests of shareholders. In this case some may be taking notice that virtue signaling is not free of consequences. Independent European proxy advisory group ECGS recommended investors back the climate resolution, but major advisers Glass Lewis and ISS opposed it. The results show no major institutional investor (including Norwegian wealth fund) gave support.

2017 was breakout year for climate change campaigns with three landmark majority votes asking Exxon Mobil, Occidental Petroleum, and PPL to report on how they plan to adjust their business models in line with the Paris Accord’s goal of limiting global warming to 2° Celsius (“2° scenario” or “2DS”).

The results reflect a sea change in the attitude and voting practices of several major asset managers—BlackRock, Vanguard Group and Fidelity Management & Research—which for the first time supported some of the climate change resolutions last year. Of the three, Fidelity made the greatest shift in its voting, backing every one of the 2DS resolutions it voted on, while BlackRock and Vanguard only endorsed the two at Exxon and Occidental.

Other institutional investors could follow suit, particularly as a result of pressure from their own shareholders and clients. Last year, Walden Asset Management withdrew proposals at BlackRock, Vanguard, and JPMorgan Chase after the firms agreed to review inconsistencies between their proxy voting records and their public stance on climate change. Walden and other filers have similar resolutions pending this year at Bank of New York Mellon and Cohen & Steers and withdrew a third at T. Rowe Price Group. Franklin Resources, which has received proxy voting review resolutions every year since 2014, wasn’t retargeted in 2018 because it improved its approach by voting for 24% of climate risk proposals in 2017, compared to 10% in 2016.

The proxy advisors have also amended their voting policies for 2018 to reflect their general support of resolutions to disclose climate-related risks. ISS’s policy now extends to proposals on how the company identifies, measures and manages such risks, in keeping with the recommendations of the TFCD, while Glass Lewis will largely back requests for climate change scenario analyses at companies in extractive or energy-intensive industries.

All of this has galvanized shareholder activists, who have filed a new round of 2DS proposals for 2018 with the expectation of generating a higher number of favorable votes or encouraging pro-action by companies. In addition to last year’s three majority vote companies, Duke Energy and Marathon Petroleum have produced or committed to producing climate impact reports, even though 2017 proposals received less than majority support. Several utilities targeted in 2018—CMS Energy, DTE Energy and WEC Energy Group—have also agreed to publish climate assessments.

Even so, not all company responses have satisfied investors. Exxon’s newly released report has already drawn criticism from proponents for concluding that aggressive climate policies pose little risk to its reserves because the demand for fossil fuels will remain strong for decades. Individual investor Steven Milloy went a step further by characterizing these reporting exercises as mere “greenwashing”  to improve companies’ public image. In a proposal at Exxon that was later withdrawn, he asserted that many voluntary activities and expenditures touted as protecting the climate are a waste of corporate assets that fail to yield any meaningful benefits to shareholders, public health, or the environment. As a case in point, two years after BP and Royal Dutch Shell shareholders overwhelmingly passed 2DS resolutions, the companies still disclose only minimal information on how they are mitigating climate risks, and they have yet to set greenhouse gas (GHG) reduction targets or markedly improved their investments in low-carbon technology.

Although 2DS will be the most-watched environmental category this year, other climate-related resolutions could generate significant support. As You Sow and Miller/Howard Investments have filed resolutions at nine oil and gas producers to report on their efforts to monitor and minimize methane leakage. Prior support on these proposals has been strong, averaging 31.7% in 2017, including two resolutions that received votes in the 40% range.

Aside from energy firms, proponents are targeting a broad range of industries with resolutions to set goals to reduce GHG emissions or increase renewable energy sourcing. In the past, these measures have averaged support in the 20% range, though several this year have already yielded commitments from AES, American Electric Power, and Western Union. A proposal variation favored by Jantz Management and Amalgamated Bank—to assess the feasibility of achieving net-zero GHG emissions by a specific date—continues to be excludable as ordinary business.

Fund Managers Should Focus on Returns, Not Political Ideals RealClearMarkets

This trend, while relatively new, is alarming and it differs significantly from traditional activism. While traditional activist shareholders used the proxy proposal process to advance views that differed from management on what was best for the company, they never did anything that would undermine the reason for their investment, which was to maximize shareholder value. In contrast, the new wave of shareholder activists, have a fundamentally different goal; to exploit the proxy proposal process to drive wider societal change.

We all care about the environment and our own social causes, but an increased focus on issues that have no concrete connection to value has proven costly for the retirees who rely on their pension fund for their livelihood and the taxpayers that backfill their underperformance.

Now the nation’s largest passive-investment fund is moving toward implementing the same types of policies as the pension funds that happen to provide it billions of dollars in business each year, and millions of everyday investors could be affected. Anyone with an investment account should take note.

Shell Resolution:  Shareholders support Shell to take leadership in the energy transition to a net-zero-emission energy system. Therefore, shareholders request Shell to set and publish targets for reducing greenhouse gas (GHG) emissions that are aligned with the goal of the Paris Climate Agreement to limit global warming to well below 2°C.

This shareholder resolution is intended to express shareholder support for a course towards a net-zero-emission energy system. The why of a course towards a net-zero-emission energy system is clear: increasing costs of the extraction of fossil fuels, decreasing costs of generating renewable energy, and the global political pledge to stop global warming. The how and the what are up to the management of Shell. It is up to them to set GHG emission reduction targets and to develop activities to attain these targets.

We the shareholders request that the company publish company-wide greenhouse gas (GHG) emission reduction targets according to the following 3 scopes:

How Climate Law Relies on Paris

On the same day POTUS announced US withdrawal from Paris accord, a majority of Exxon Mobil shareholders approved a resolution asking management to assess the value of corporate assets considering a global move toward a low-carbon future. Here is the resolution, filed by the New York State Comptroller:

RESOLVED: Shareholders request that, beginning in 2018, ExxonMobil publish an annual assessment of the long-term portfolio impacts of technological advances and global climate change policies, at reasonable cost and omitting proprietary information. The assessment can be incorporated into existing reporting and should analyze the impacts on ExxonMobil’s oil and gas reserves and resources under a scenario in which reduction in demand results from carbon restrictions and related rules or commitments adopted by governments consistent with the globally agreed upon 2 degree target. This reporting should assess the resilience of the company’s full portfolio of reserves and resources through 2040 and beyond, and address the financial risks associated with such a scenario.