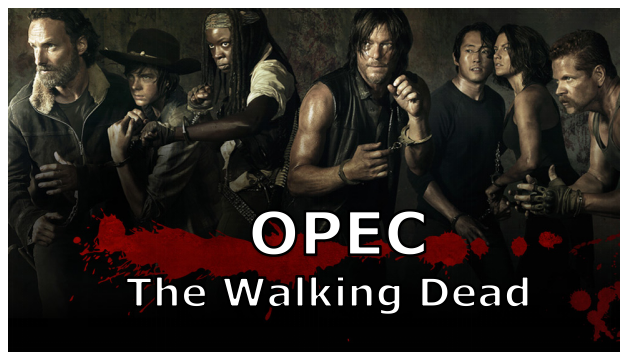 America is fracking away and has become the world’s greatest oil producer.  Investor’s Business Daily has the story  How Fracking Turned OPEC Into The Walking Dead Excerpts in italics with my bolds.

The river of oil now hitting the market from U.S. fracking has stunned global energy markets. The U.S. has already leapfrogged both Russia and Saudi Arabia as the No. 1 producer. Will U.S. oil lead to OPEC’s demise?

For the first time since World War II, the U.S. is on the verge of being a net oil exporter — something that, just five years ago, would have been considered impossible.

This, of course, has caught the 28-nation Organization of Petroleum Exporting Countries by surprise. Even just a few years ago, the consensus was that fracking and its related technologies would add a decent amount of oil to the market, but nothing like what’s happening now.

Now, as OPEC prepares to meet on December 6, its original hope of major output cuts to bolster prices has become a problem. A suddenly booming and opportunistic U.S. oil industry is raising output faster — and producing oil more cheaply — than its competitors. Prices are plunging.

As Javier Blas of Bloomberg notes, U.S. oil output is rising at its fastest pace in 98 years. Meanwhile, both Russia and the Saudis are also pumping at record levels. The U.S. is tipping the scale. Since 2010 in the West Texas Permian Oil Basin alone, some 114,000 new wells have been drilled, bringing millions of barrels of new oil to the market. Other parts of the U.S. are undergoing the same transformation.

“The U.S. energy surge presents OPEC with one of the biggest challenges of its 60-year history,” wrote Blas. “If Saudi Arabia and its allies cut production … higher prices would allow shale to steal market share. But because the Saudis need higher crude prices to make money than U.S. producers, OPEC can’t afford to let prices fall.”

Yet that’s exactly what oil prices are doing. On November 1, West Texas Intermediate crude traded at $65 a barrel. Today, it’s barely above $50, a nearly 19% drop.

Yes, plunging oil prices might signal concerns over the global economy, or over President Trump’s trade fight with China, or over the election of a Democratic Congress, or perhaps all three. But the fact is, the U.S. is producing enormous amounts of oil today.

One thing history has shown is that so-called cartels such as OPEC have an easy time finding agreement when prices rise, and end up bickering and backstabbing when prices fall. OPEC is definitely in the latter mode right now. Adding to its woes, the Department of Justice is looking into recent bipartisan antitrust legislation to curb OPEC’s market clout.

Are we seeing the final days of OPEC? Thanks to fracking, even if OPEC continues as the walking dead, it will likely never again have the clout it once had. 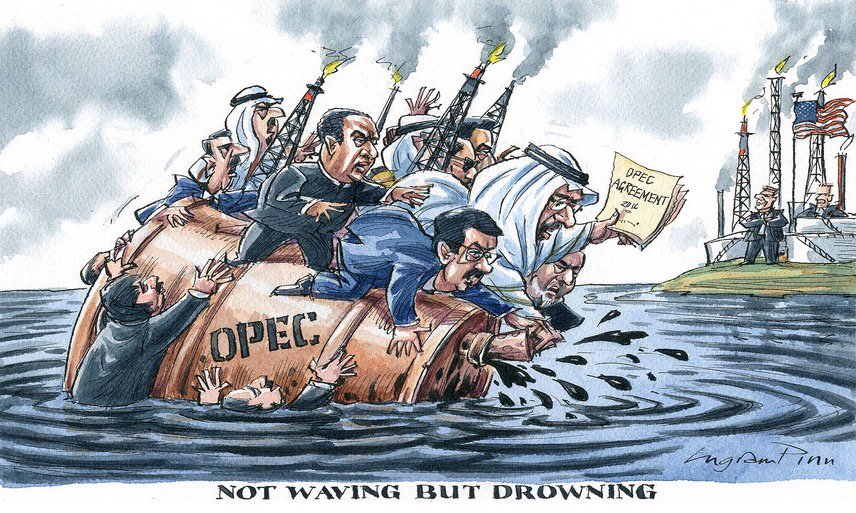