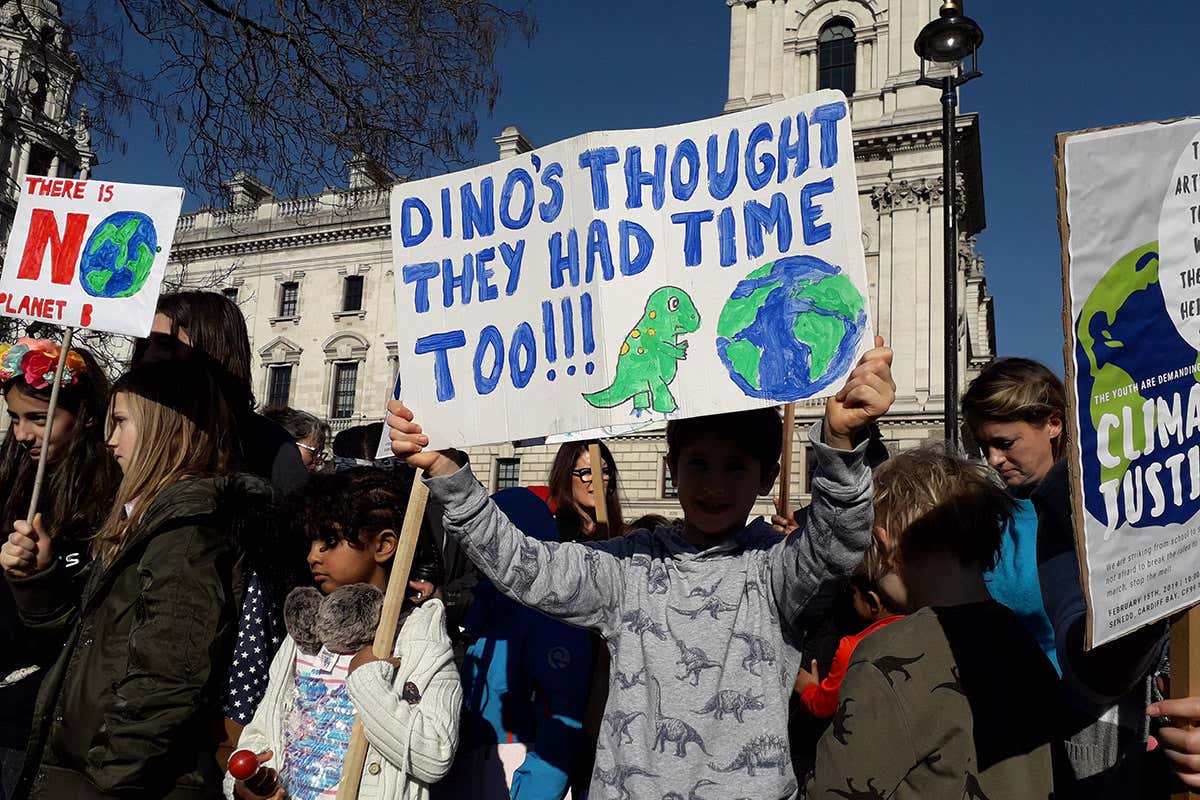 Lubos Motl has a fine post explaining the basics of climate science for the mostly uninformed masses. His article at his blog is Worries about extinction in 10-15 years reveal deep scientific illiteracy of the young, urban masses. Excerpts in italics with my bolds.

A week ago, Scott Rasmussen published results of a poll. The percentage of the Americans willing to believe claims about the possible imminent extinction of the human race is between 1/2 and 1/3. The most shocking numbers say that 51% of the younger voters under 35 believe it is “somewhat likely for humanity to be wiped out [by anything] in a decade”. Similarly, 45% of urban residents think “humanity may be wiped out by climate change in 10-15 years”.

The stupidity of the underlying assertions is breathtaking and the percentage of the people willing to endorse them is terrifying. And the opposition to the cattle and fossil fuels – our most important source of energy – could be just the beginning. Once the staggering stupidity of the masses becomes normal, you may promote even crazier and more devastating superstitions. There seem to be no limits to the stupidity right now.

Some of the Friday kids in the streets are there simply because any excuse to skip the classes is wonderful news. They don’t really believe that the world may end anytime soon. The truly irresponsible people are the principals and other adults that allow these bastards to avoid the education process, of course.

But many of the people must genuinely believe these comments. And the percentage of such people may be between 10% and 51%, too, at least within some demographics. The lack of critical thinking that is needed for such a conclusion is terrifying and such brain-dead people – who still have the right to vote and other rights, despite their brain death – may be abused not only for the climate panic but for hypothetical policies that are even more devastating.

1. Uniformly distributed CO2 can’t possibly increase the frequency of tornadoes, hurricanes, and other things that depend on the non-uniformities of the temperature, pressure, and other things. All the claims that the CO2 causes local weather events are exactly on par with the medieval superstitions promoted during the medieval witch hunts.

2. So if CO2 causes something, it’s a uniform increase of temperature everywhere. The graphs show that the rate of warming is some 1.5 °C a century. It doesn’t make much sense to argue whether we expect 1 °C or 2 °C in the next century.

3. The climate models aren’t terribly trustworthy or useful for the predictions of the temperature trends. Their uncertainties are too high – and we have observed the temperature for many decades to see that the rate 1.5 °C per century is pretty much visible and somewhat constant according to the graphs.

4. The bulk of the insanity isn’t in whether the 1.5 °C per century is man-made; it’s about the question whether it’s dangerous. What can this 1.5 °C of warming per century do? Well, in the 10-15 years when the doomsday is supposed to occur, we will see some 0.15 °C or 0.20 °C, by the rules of proportionality. Can 0.20 °C of warming cause the extinction of the human race?

5. The weather is changing all the time. Several times a year, the temperature jumps or drops by 20 °C within a day – and that’s 100 times greater change than 0.20 °C. And it normally occurs within a day i.e. much faster – not after a decade. The change of the temperature by 0.20 °C is utterly negligible.

6. Even if you want to just measure this temperature and prove that it has changed in a century, you absolutely need all the following conditions to be met: precise thermometers, precision control over their position, averaging over most of the Earth, averaging over seasons as well as day-night cycles, solid statistical methods to average and to apply corrections.

7. The human race has existed throughout the Pleistocene. This species – like millions of others – survived 100 cycles in which the temperature went up and down by as much as 8 °C. The idea that 2 °C of temperature change means “extinction” is beyond silly. Again, recall that the warmer periods were generally the hospitable ones, not vice versa.

8. The idea that the observed recent warming is enough for extinction in 10-15 years is separated from reality by more than 2 orders of magnitude because it’s self-evident that even 20 °C of warming wouldn’t be enough to make humans extinct. You would really need 200 °C of warming (3 orders of magnitude higher than what we expect) to be sufficiently confident that it becomes hard for millions of people to survive.

There’s no way how climate change could kill many people, let alone all people, even in the next century.