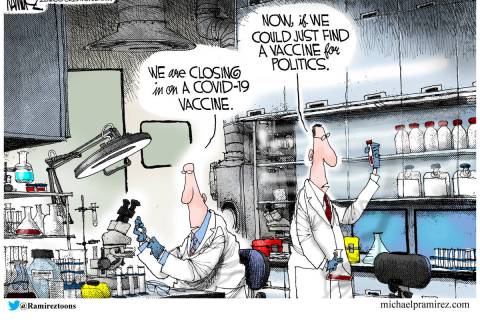 This overheated US election cycle is turbocharged with Pandemania, with viral fear weaponized for political advantage. In this context Texas provides a window into the struggle between reason and panic regarding data gathered to inform the public on the spread of this contagion. An example is this recent inflammatory article at partisan The Daily Beast Texas Erases COVID Cases—and Fans Conspiracy Theory Flames.  Excerpts in italics with my bolds.

When health officials quietly removed nearly 3,500 COVID-19 cases from the official Texas total on Wednesday, it launched a deluge of conspiracy theories about inflated and unreliable data in the midst of a surging pandemic.

The 3,484 removed cases were diagnosed using FDA-approved antigen tests. The FDA has said positive results from antigen tests are “highly accurate,” and can be used to diagnose current COVID-19 infections. But state health officials pointed to the definition of a coronavirus case the CDC published in early April to explain why the cases were removed.

“The case data on our website reflect confirmed cases, and cases identified by antigen testing are considered probable cases under the national case definition,” said Chris Van Deusen, a spokesman for the Texas Department of State Health Services.

Under that definition, the CDC only considers cases “confirmed” if they are diagnosed using a molecular, often called PCR, test. Cases that are detected using antigen tests are classified as “probable.” If someone is diagnosed with an antigen test, Texas will not count their case among the state total.

Comment: There was no controversy or data manipulation, except in the Beast’s imagination. Back on May 21, 2020, NBC Dallas explained the policy in an article Texas DSHS Changes the Way It Calculates, Reports COVID-19 Positivity Rating. Excerpts in italics with my bolds.

With antibody testing on the rise, Texas is changing the way it reports the positivity rating — the percentage representing the number of people who have tested positive for COVID-19 over a given period of time.

The positivity rating is one of a number of metrics used by state officials when they determined how to reopen the state amid the pandemic. In early to mid-April, numbers from the Texas Department of State Health Services showed positivity ratings in Texas were well over 10%.

When Gov. Greg Abbott announced his Open Texas plan in late April, the positivity rating had dropped to about 6%, and he cautioned that should the rating again climb to a sustained trend of around 10% that it would be a “red flag” that state leaders would have to look at.

Now, as the Open Texas plan rolls on, more attention is being given to the rating as an indicator of the continued spread of the 2019 novel coronavirus. Texas, as it turns out, is one of at least four states, including Vermont, Virginia and Georgia, that are combining numbers from two different tests, viral and antibody, to calculate the positivity rating.

Some experts said combining the two can provide a misleading picture of the current spread of the virus and overstates the ability to test and track infections, a key consideration as the state eases restrictions put in place to curb the spread of the virus.

Comment: There is already an equivocation fallacy in labeling someone testing positive for SARS CV2 as a case of the Covid19 disease. In the absence of illness, there is only an infection defeated by a person’s immune system. Now they want to inflate case numbers with people who were infected in the past without needing treatment. Those people are better deemed “recoveries” than “cases”, and should in no way be added to the case count.

The Politics driving partisans like those at the Beast are suggested by the graph below.

I have colored Blue the states controlled by the Democrat party, Red for Republican strongholds, and Purple for the battleground states.  I did mostly follow the partisan state designations in Wikipedia, though obviously, there is some subjectivity in these evaluations.  For example, Louisiana is traditionally Red, but the current Governor is Democrat John Bel Edwards.  And Minnesota appears Red but is governed by a Democrat. The problem for Democrats seeking to take power by stoking Covid fears is that they are governing the states with the highest death rates.  NY and NJ have death rates well over 100 per 100,000, while Florida counts 22 and Texas sits at 13.  For some reason, west coast Blue states have fared better.  But Texas with its large number of electoral delegates is the political prize, hence the media trickery.

Some controversy was created when a doctor compiled this graphic:

Those wanting not to moderate fears but to amplify panic objected that the chart was not produced by DSHS, and Covid should not be compared to the flu.  But a more detailed comparison confirms what the chart suggests. Doing the math to keep things in proportion.

First Covid death in Texas was on March 23, 2020. 16 weeks later total deaths 3506, or 219 reported Covid19 deaths a week. If that rate continue another 36 weeks ( a big if), Texas would report 11, 394 deaths, comparable to a typical flu year. If Texas gets this back under control like it was pre-July, the number will be lower than a flu year. If not, the total could climb higher.  The present spike in positive tests started July 8, and officials are determined to rein it in, but we shall have to wait and see.

The overall US picture is not discouraging, since more cases have not stopped the decline in deaths: